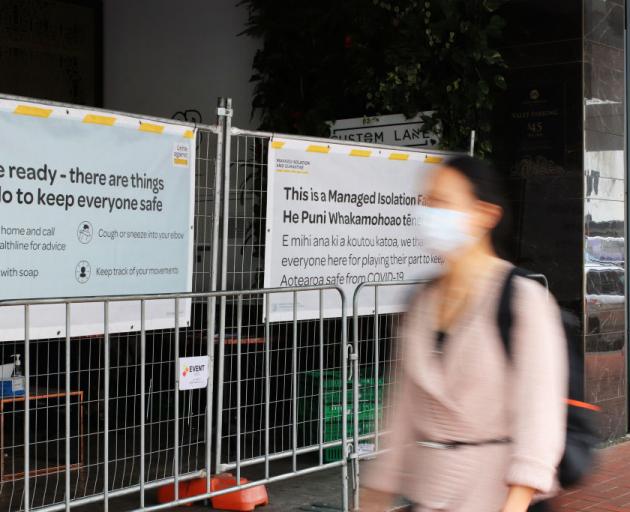 They are pleading for the Government to free up more space, but it says it is constrained by a limited workforce.

Kimberlee Everett had just secured a visa for her five-month-old daughter, and made plans to come home from Perth for her Dad's 70th birthday and Christmas, when she logged onto the Government's managed isolation website on Sunday.

Anyone boarding a flight to New Zealand has to show a voucher proving they've booked a spot in a managed isolation hotel - and Everett said there were originally plenty of dates to choose from.

Ten hours later, she logged in again and there were no spots remaining before Christmas.

"It feels like a giant let-down 'cause I'd come to the conclusion that I was prepared to go. I was prepared to do the isolation and I'd organised everything here in Perth. Then all of that, overnight, came crashing down," she said.

The country has 32 managed isolation hotels which can fit 6260 people at any one time, allowing for a 24-hour turnaround and deep clean between each guest.

A managed isolation and quarantine spokesperson said there had been "a short-term spike in arrival numbers", meaning no additional bookings could be taken between until 12 November, or between 23 November and 12 December.

"The reality is that there is a finite number of rooms available. New Zealanders can still come home but anyone wanting to come home in the lead-up to Christmas holiday period needs to make their travel plans early, or they may not be able to come home on their preferred dates."

Everett said the abruptness with which the system booked out was "devastating". She had planned to stay in the country for three months.

"I've heard of sports teams, cricket teams booking hotels ... it seems completely unfair to me, when they're bringing in sports stars but not Kiwi citizens to see their families," she said.

Another woman stuck in Singapore, Aziela Cheong, said getting a managed isolation spot and a flight at the same time was all down to luck.

She is waiting to hear whether her critical purpose visa application will be approved, so she can be reunited with her fiancé in New Zealand.

If it is approved, she anticipates an uphill battle to re-enter the country.

"If you get a managed isolation slot on 15 December it means you've got to get a flight and land in New Zealand on the 15th. But they may not have a flight on the 14th or even on the 13th or 12th... there's only so many flights that are available in a week," she said.

For Tess Whitehouse, a New Zealander living in the United Kingdom, it was the latest frustration about a managed isolation system she said "seems geared to be out of reach for most people."

A few months ago, she booked flights to see her family for Christmas for the first time since 2015.

She hoped it would be easier - not harder - to enter the country in December but has held back on making further plans, and expects to have to cancel the tickets because she is unable to afford the cost of isolation or more than three weeks off work.

"The plan and hope was to have a family Christmas and have it as I grew up together, in summer. Instead we're going to be isolated in winter on the other side of the planet," she said.

The Government said it had would not be expanding its managed isolation system to cater for more people over Christmas, because "the constraint is not hotels, but the essential workforce who care for returnees."

"We need nurses and soldiers and police to run these facilities, and this a limited workforce," the spokesperson said.

"We're asking people to be flexible and if there are no available places in managed isolation on their preferred date, to check and see if there are any places available on another nearby date."