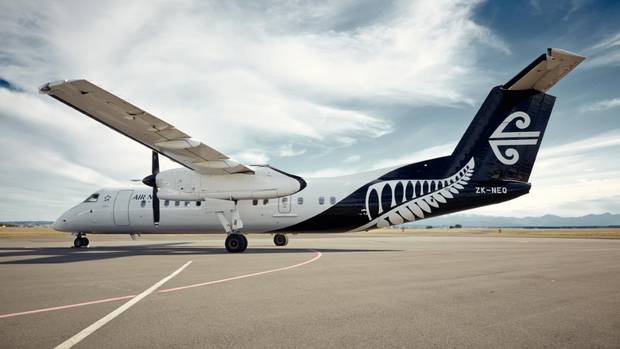 Nelson businessman Bob Llewellyn complained to the airline and the Civil Aviation Authority (CAA) and the response was "simply not good enough".

The passenger, employed by Llewellyn, concluded a business trip in Wellington with a co-worker in late February. The two women, "had some celebratory drinks at their Wellington hotel" before going to the airport, Llewellyn said.

That was followed by "a few more drinks in the Koru Lounge" before boarding the early evening flight. "In a confined space like a cockpit the smell of alcohol would have been obvious," according to Llewellyn.

"Some drinks at the end of a work trip aren't a problem. But I think an intoxicated passenger travelling in the flight deck, within easy reach of the plane's controls, is a problem for Air New Zealand and for the other passengers on board," Llewellyn said.

The passenger, contacted by the Herald, declined to answer questions, but said she had "enjoyed some bubbles" before the flight but still felt composed.

An Air New Zealand spokesperson said the complaint was investigated earlier in the year and the pilot was "reminded of the correct procedure for authorising access to the flight deck".

"Fleet management was satisfied the matter was appropriately dealt with and no further action was required."

The spokesperson said passengers could travel in the flight deck in certain circumstances, for example if they are an immediate family member of an Air New Zealand employee or have a letter of authorisation from a senior airline operations manager.

She said there was "no indication the passenger was under the influence of alcohol".

A spokesperson for the CAA said the authority was satisfied with the investigation carried out by Air New Zealand and "feel it was an appropriate response. There was no other safety action recommended by CAA".

The Herald has viewed email correspondence between Llewellyn and CAA officials. In a May email, the CAA provided Llewellyn with an update on the case.

"The Captain acknowledged the fact that he had carried the passenger whom [sic] he knew very well in the flight deck. The Captain reported that the passenger did not exhibit any type of behaviour that would indicate that they had been drinking alcohol, nor did they smell any alcohol on the passenger," the email says.

"As a result of this investigation, a coaching session was conducted with the Captain ensuring he was conversant with the Air New Zealand manuals and ensuring that there would be no repeat event. Further, Air New Zealand will also be sending out safety communications to its crew highlighting manual references as a reminder of who can be seated in the flight deck," the email says.