Ashley Bloomfield. Photo: NZ Herald
Kiwis have been encouraged to enjoy a "normal" holiday weekend after seven straight days of no new Covid cases - and there is now just one active case in this country.

The Ministry of Health confirmed that today is the seventh consecutive day with no new cases. And there is now just one active coronavirus case in the country - down from eight cases yesterday.

The last active case is a patient aged 50-59 who lives in the Auckland region.

According to the Ministry of Health, the most recent case in Auckland for a "50 to 59" year old was reported on May 1.

The definition of a recovered case is "people who had the virus, are at least 10 days since onset and have not exhibited symptoms for 48 hours".

It appears the person in question has had the virus for more than 10 days - 29 in fact - and that the country will get to the milestone zero active cases, and the end of Covid here, when they stop displaying symptoms for two days.

There are no additional deaths to report, and no one in New Zealand is receiving hospital-level care for the virus. 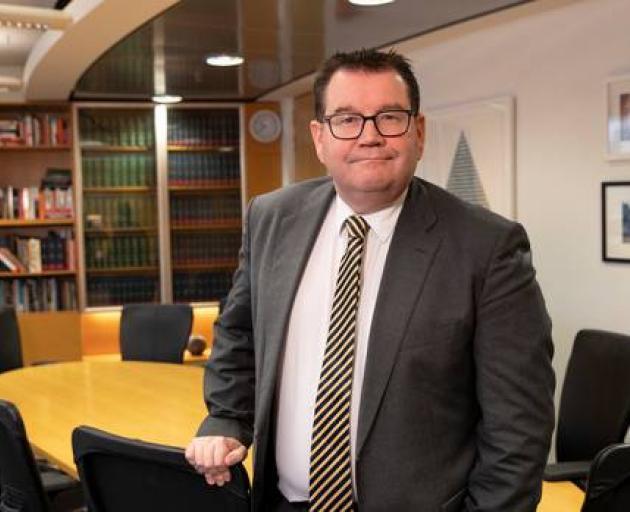 Finance Minister Grant Robertson. Photo: NZ Herald
Today's increase in the limit on gatherings to 100 people made the country one of the most open societies and economies in the world at the moment.

Queen's Birthday weekend would feel much more like normal life for many New Zealanders, he said.

Robertson said the Government was flexible and would review alert level settings on June 8. Cabinet would look at the date to move to level 1 no later than June 22.

He would not be drawn on whether having only one active case made it more likely that Cabinet might consider whether New Zealand was ready to move to level 1 earlier than on June 22.

"The worst thing of all would be for New Zealand to move backwards again."

The hospitality sector was still facing challenges under level 2, but export sectors were faring "relatively well", he said.

Manufacturing output was "a little lower" than normal, but Robertson said economic output under level 2 was at about 90 per cent.

The Finance Minister said he did not want to put a timeline on allowing international students to return to New Zealand - which Deputy Prime Minister Winston Peters has said should be allowed now.

Card spending back to pre-Covid levels

Robertson said the weekly economic update from the Treasury today showed that heavy traffic was now 5 per cent below normal levels, electricity use was above pre-Covid levels, and electronic card spending was now about equal to pre-Covid levels.

Ministry of Social Development data showed an increase of only 384 people on the Jobseeker benefit for the week of May 22, while the wage subsidy had paid out $10.97b to 1.6 million workers.

A commercial rent solution being looked at involved an agreement between landlords and tenants for lower rents, if the tenants' income had been hit by Covid-19.

Robertson said repatriation flights were still being worked on to help New Zealanders return home in a Covid-hit world, and there remained 760 active consular cases that were being looked at.

He said 2600 Kiwis and their families had flown home on 76 Government and private repatriation flights from dozens of countries.

"For us, we've got an immediate support ... on creating jobs right now," Robertson said.

He welcomed "constructive ideas" but questioned some elements of National's policy, including being able to get some of the money but then firing the new employee within 90 days.

Under National's policy, companies would be paid $5000 when the new employee was hired and a further $5000 after the new hire had been employed for 90 days.

Robertson, who is also the Sport Minister, welcomed the transtasman cricket rivalry that will resume this summer for both the men's and women's teams.

He also wished the Warriors good luck as the NRL season resumed from last night.

New Zealand's total number of confirmed cases remains at 1154, which is the number the country reports to the World Health Organisation, the Ministry of Health said today.

Seven more people have recovered from the virus in the past 24 hours - meaning the total number of people who have recovered is 1481. Only one case remains active.

The total number of confirmed and probable cases remains at 1504.

"We continue to encourage as many people as possible to download the app – it will help us identify, trace, test and isolate any cases of Covid-19," a ministry spokesman said.

"We also recognise the work being done by businesses to get their unique QR codes up and running, with 19,530 posters having been created as of this morning."

Despite being on the verge of zero cases, the Ministry of Health still advises anyone feeling unwell to stay home and to maintain physical distancing and basic hygiene measures to stop the spread of infections, including Covid-19.

The ministry has also today released its latest advice on community use of face masks.
Face masks are recommended in situations where people are more likely to be exposed to Covid-19, such as health care settings and those involved in border management.

Based on New Zealand's current context, for most people the advice remains unchanged - healthy people in the community are not required to wear a face mask for protection from Covid-19.

However healthy members of the public may still choose to purchase and wear a face mask, or make their own.

Social gatherings increase to 100 from today

At midday today the alert level 2 restrictions on social gatherings were eased, meaning groups of up to 100 can now gather.

Groups of up to 100 people are now permitted - in including events at home and in public such as religious services, parties, weddings, tangihanga and funerals.

The person in charge of a social gathering must ensure records are kept for contact tracing purposes, except in cases where every person in a gathering knows each other.

The rules of "seated, separated, single-server" still apply for hospitality businesses, but they can now take group bookings for more than 10 people.

Faith-based gatherings and clubs will be able to operate with the 100-person maximum applying in each defined area, as long as intermingling in common spaces can be prevented.

On Thursday director general of health Ashley Bloomfield announced no new Covid-19 cases - marking six days since a new case was discovered, a record since the start of the pandemic.