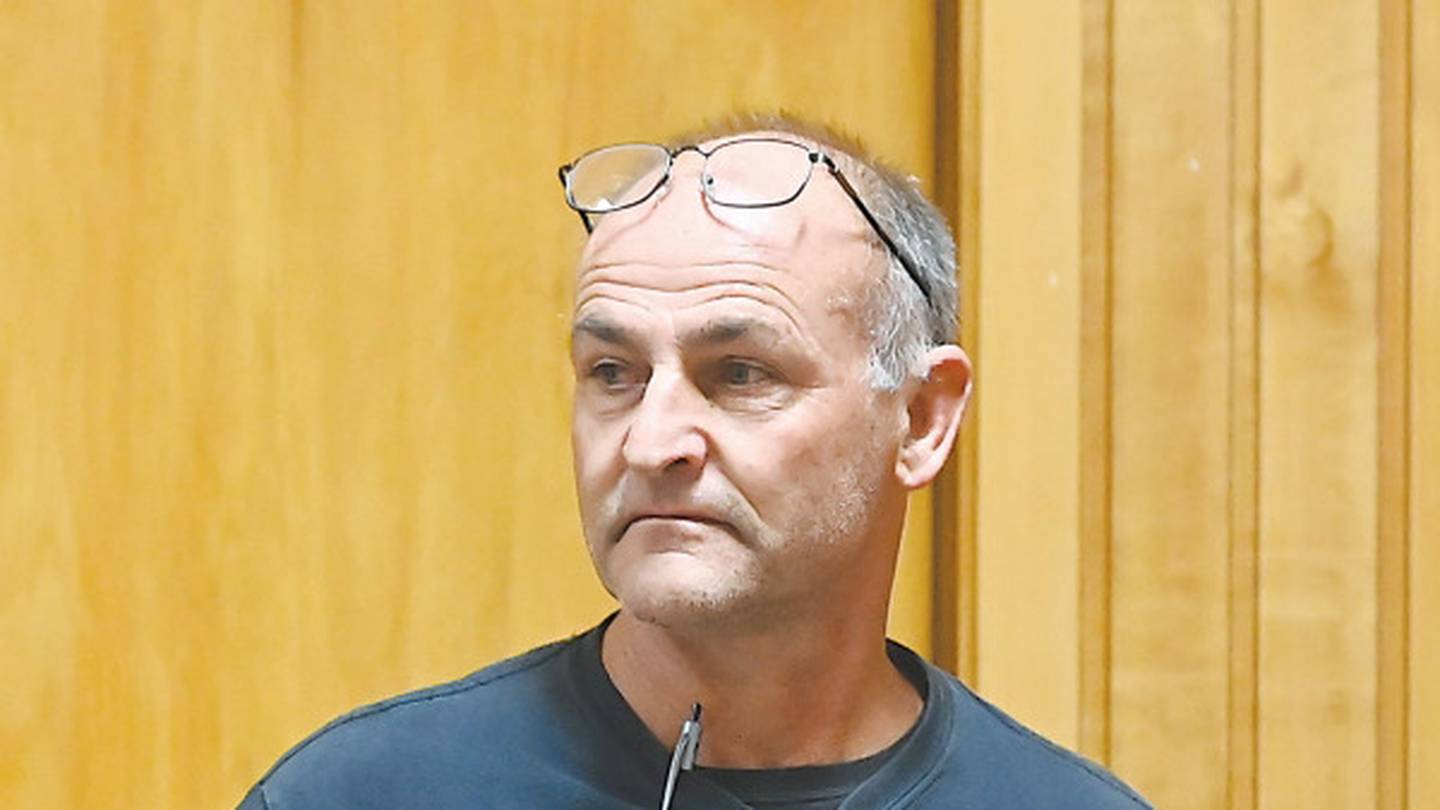 Bracken (55) was sentenced this morning by Justice Graham Lang in the High Court at Gisborne.

The sentence met with a loud objection from one of Bracken's stalwart supporters, his McKenzie friend at trial Peter Helmbright, who yelled it would be appealed, that the court had no jurisdiction to impose it and that it defied a previously agreed initiative for better relationships between Māori and Pākehā authorities.

Those objections were all previously addressed and rejected by the judge in his decision after an eight-day judge-alone trial in March in which he found Bracken guilty of 39 charges of dishonestly using a document - GST refund claim forms - to obtain a financial advantage.

Each of the charges represented a GST period between August 2014 and July 2018, and related to an exporting arm of Bracken Enterprises Limited (BEL) - not his Matawai farming operation, which it was accepted was being run legitimately.

Crown prosecutor Megan Mitchell this morning said although the amount of the fraud had reduced from the $17.4 million estimated at trial, it was still the biggest fraud in New Zealand tax history.

The penalty needed to be suitably high.

The offending involved a high degree of planning and premeditation and only stopped when Bracken became aware it had been detected.

About $12 million of property had been restrained (along with money in bank accounts) and efforts were under way to recover it but were being "vigorously opposed" by Bracken.

Even if successful, there would still be about $1.1 million never recovered, Mitchell said.

The Crown wanted a starting point of 10 years' jail with a 50% minimum non-parole period.

Counsel Adam Simperingham, who was appointed by the court as standby counsel for Bracken at the trial and who had been directed by the court to file legal submissions for his sentencing, sought a starting point of eight years.

Settling on the eight years, six months start point, Justice Lang said aggravating factors included the duration and regularity of the offending, the premeditated and somewhat sophisticated way in which it was carried out, the significant amount obtained, and the actual loss suffered by the New Zealand tax base.

That money could have been used for the benefit of the community in many different ways, the judge said.

While not an aggravating feature, the judge noted Bracken relied on the services of innocent people to implement his scheme - particularly two women who created hundreds of false invoices, albeit Bracken could have done that himself were it not for his literacy problems.

Although Bracken had previous relevant convictions - four charges of fraudulently using a document in 2010 and for dishonestly using documents in relation to ACC claims in 1993 - the Crown had not sought an uplift for them.

But due to those convictions there could be no discount for previous good character, despite all the character references Bracken produced, describing him as a well-liked, popular member of the community and a family man.

Neither could there be any discounts for offers of restitution. He had not made any.

Likewise, there could be no discount for remorse.

Bracken believes he did nothing wrong

Bracken still protested his innocence and believed he was effectively a victim of persecution, was being kidnapped and that his consent should have been obtained before he was charged, Justice Lang said.

In his view, there was no need for a minimum non-parole period.

Bracken would automatically be eligible for parole after serving two years, eight months, of his sentence.

That would not be an easy sentence for him - especially having had the expectation he might get a community-based sentence, the judge said.

In personal submissions at the start of the hearing, Bracken reiterated his belief expressed at trial he had done nothing wrong and said he should be allowed to go home.

"If you punish me, just send me to my dad's house with a bracelet or something. This just doesn't seem right to me," he said.

His wife, who had also been allowed to assist him Bracken at trial due to his literacy problems, and again this morning, said the court was a compilation of strangers who did not know her husband and were determined to treat him as a corporate entity not a human being.

It had no right to sanction him. If that needed to happen, it should be done by hapū.

Justice Lang said Bracken was charged as an individual and being dealt with as one. Bracken was no exception to the people the courts sadly dealt with every day.

Matters he was trying to raise today were explanations after the fact and not raised by him at trial.

Bracken's scam involved him claiming GST refunds by falsely purporting he had exported products received from New Zealand suppliers. It enabled him to claim input tax on product he never received and to evade payment of output tax.

To support those false sales, he regularly conducted circular banking transactions. The transactions involved same-day withdrawals and deposits of large sums of money in the form of either bank cheques or cash, and were always in person and only ever at physical branches of the ANZ - usually Takanini, where he befriended a bank teller - the first of two women he paid to generate false invoices.

The other woman claimed to be his lover and took over creating the invoices during 2016. It was her who called the Serious Fraud Office (SFO) during 2017, when a friend of Bracken's alerted her to the possibility the invoices were illegal.

The invoices were based on copies Bracken obtained through legitimate trading or in the majority of cases, proforma invoices he received through initial inquiries from suppliers of various export-type products — bottled water, milk, logs, plywood, honey and the like.

Most of the businesses involved told the court they did not know Bracken and never traded with him. They were shocked their businesses were implicated.

Gisborne accountancy firm Bain and Sheppard unwittingly prepared Bracken's GST returns based on information in his bank accounts and the false invoices he supplied.

The accountancy firm is co-directed by Richard Harding, who is also a trustee of the Bracken Family Trust, which owns BEL.

He and the two women who created the false invoices were not subject to prosecution.

The Crown accepted the accountancy firm played only a preparatory role - not an auditory one - in Bracken's financial records.

The women each gave evidence against him, saying they were unaware their work was for an illegal purpose. The alleged former lover said she inadvertently alerted the SFO (Serious Fraud Office) to Bracken when she began making inquiries about her involvement after a friend of his expressed concern.

At trial, it was accepted Bracken legitimately exported goods to the Pacific - mainly plywood and timber - but it was at nowhere near the level he purported for the purposes of his scam.

During the offence period, Bracken claimed to have entered into transactions totalling about $133 million, which enabled the $17.3 million refunds.

New Zealand Customs records show goods he actually exported amounted to about $478,000 and even taking account of products he exported as part of shared freight consignments with other companies, it was still a far cry from the level he purported.

Two of his refund claims were in excess of $1 million, automatically triggering an Inland Revenue audit but not at a deep enough level to detect the scam.

It also prompted an investigation by the Police Asset Recovery Unit, which since December, 2018, has been granted applications to restrain about $12.5 million of assets.

Disregarding the advice of at least three High Court judges who dealt with the case pre-trial, Bracken refused to instruct legal counsel and insisted on representing himself at trial.

The court appointed Simperingham but Bracken did not really call on his services.

Justice Lang noted Bracken did not directly confront the Crown's allegations, particularly with regard to arranging the creation of the invoices.

Much of his cross-examination of witnesses was irrelevant, he said.