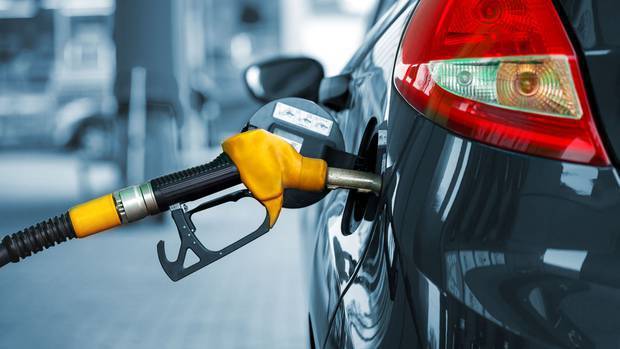 Kiwis will be paying more at the pump from tomorrow. Photo: Getty Images

Motorists will from tomorrow pay an additional 4 cents per litre to fill up their tanks.

This is the third consecutive year of increases, following similar moves in 2018 and 2019.

The National Party has since May argued that fuel tax should be delayed due to the impact of Covid-19.

Opposition finance spokesman Paul Goldsmith released a statement today criticising the Government's decision to go ahead with the move.

"There is usually an annual increase in petrol tax every year, along with the equivalent diesel Road User Charges to fund our transport system," Stockdale said.

"This year is no different, although with the big drop in oil prices in February due to Covid-19 global lockdowns, fuel prices are the lowest they've been since 2017 so the 4c increase is probably easier to swallow."

Stockdale did, however, express concern about how the tax money is being used.

"The AA wants to ensure that motorists get good value for the fuel taxes they pay, and we are concerned that tax increases in recent years have been allocated to non-road transport projects at the expense of a growing backlog of road maintenance work," he said.

Stockdale told the Herald that tax makes up around 55 per cent of the price of fuel at the pump - and a little more in Auckland.

The Ministry of Transport has addressed these concerns in a Q&A published on its website earlier this month.

In the statement, the Ministry says all money from the tax will go toward "the National Land Transport Fund which helps fund the improvement, operation and maintenance of our land transport network."

The Ministry stood by its decision to roll out the tax despite the impact of Covid-19, explaining that money is necessary for the land transport network.

"Investing in our transport network will help stimulate the economy and create jobs which will support New Zealand's recovery from COVID-19," the Ministry of Transport says.

According to the Ministry, the added funding is necessary for the completion of existing projects as well as those planned for the future.

The Ministry says the increased fuel price will cost the average one-vehicle household around $35 to $40 per year.

"To mitigate the impact on households the increases were kept as low as possible and were phased in over three years," the Ministry says.

A bad deal for Aucklanders?

In a report released today, economist Shamubeel Eaqub says that Aucklanders are paying up to $140 million more for their fuel every year than they should be.

He bases this estimate on the fact that declines in fuel prices have not been passed on to motorists.

"Over the past year, fuel board prices have fallen by 29 cents across the country, but only 24 cents in Auckland and a huge 40 cents in Christchurch," Eaquab says.

"Unless there has been a marked change in the cost of delivering fuel and cost of doing business, it could indicate Aucklanders are paying 5-15 cents too much for their fuel (excluding the 11.5-cents regional fuel tax). We estimate such a price difference would add $45m-$140m to Aucklanders' annual fuel bill across retail and business users."

Eaquab draws a stark contrast between the fuel prices of Auckland and Christchurch to illustrate his point.

"In June 2019, Auckland prices were 10c – 15c lower than Christchurch. In the two weeks to 14 June, prices were 4 cents higher, excluding the regional fuel tax. Prices over the past year have fallen by 27c in Auckland, 50c in Christchurch and 29c nationally. These differences can cost a lot," Eaquab says.

"The outsized price falls in Christchurch are notable. This is of obvious benefit to Christchurch fuel buyers, who are now paying a lot less for their fuel."