But she has signalled no intention of a temporary shift back to alert level 4 - something a top Covid-19 modeller says could slow the spread while the city lifts its vaccination rate higher.

Speaking to reporters in Taranaki today, Ardern reaffirmed that the Government had a three-step plan for Auckland, and the scope for step-downs was being assessed week by week.

"As you will have seen, of course, the outbreak has continued to grow - we expected that - but at a pace that is beyond what we have expected," she said.

"We did expect there would be some growth in the outbreak in recent days, of course, it has been growing faster than anyone would like to see.

"What's critical for us is we know we can continue to contain it and control it if everyone supports the effort by continuing to follow the restrictions."

She again urged Aucklanders - of whom just over two-thirds are fully immunised and 88 percent have received their first shot - to get vaccinated.

This week, experts warned that Auckland's outbreak - now totalling 1855 - was on a trajectory where the number of new cases was doubling around every 12 days.

At that rate, the daily case count could reach 160 as soon as early November.

The worsening numbers have prompted experts to call for a "circuit-breaker". 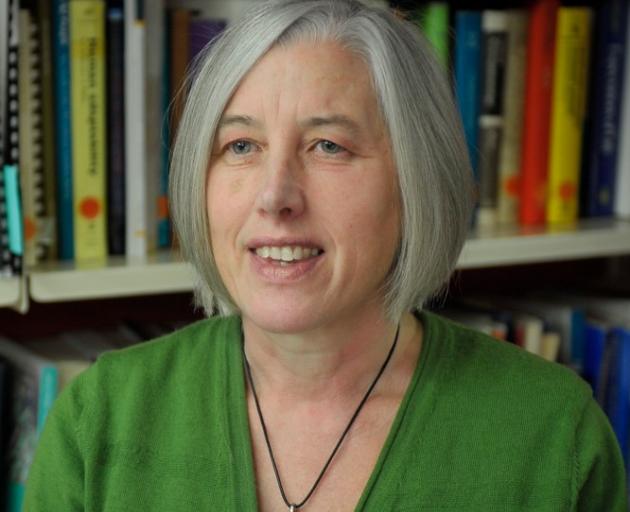 Kvalsvig believes vaccination is not going to happen fast enough to reverse the trends, "and we need to buy time".

"It's not another go at elimination, it's an attempt to slow the spread across and outside of Auckland, so that we can boost vaccine coverage," he told The New Zealand Herald.

"If cases get away on us then it'll be very tough to relax in any way for many months, so better to slow it now, boost vaccine rates, and relax with cases under control."

When the Herald put Hendy's suggestion to Ardern today, she appeared to show no appetite for a shift back to tougher restrictions any time soon.

She said everyone wanted to bring the virus' R value down - the latest consensus put this measure of average cases produced from one infection at 1.3.

"The only question is what's going to be most effective. Now we've been presented with data that tells us that actually things like level 3 - which you would expect, for instance, in workplaces might have an effect - has not been the primary source of growth," Ardern said.

"It has been households meeting indoors with one another, which we know is outside the restrictions of both 3 and 4, but unfortunately has been an issue that we've seen throughout this outbreak.

"So for us, it's about what will work, what makes a difference. And we'll keep asking our public health advisers for that advice and to date, they have not advised us to change the alert level."

Asked about what certainties she could give Aucklanders now into their ninth week of lockdown, Ardern said the Government would next week be revealing a new alert level framework taking vaccine certificates into account.

"And also giving an indication of how we see Auckland docking into that framework."

When asked if she could ensure Aucklanders could celebrate Christmas, Ardern said: "This is my day-in, day-out focus. Of course I want Aucklanders to have Christmas, and I'm very determined that they will."

Asked why she hadn't been in Auckland over the city's lockdown, she said that was partly because of restrictions on movement.

"That does not mean that I don't have contact with those who are in Auckland, including family members, and that gives me just a sense of the impact of this lockdown," she said.

"I know how hard it is for those in Auckland - they have been in heavy restrictions for a long time. And that is why we are making every effort to make sure that we can safely step down those restrictions."

Ardern's visit to Taranaki included a stop at Eltham's pop-up vaccination clinic at the Taumata Recreation Centre, where she surprised and chatted with locals coming into get their jabs.

She noted Taranaki's vaccination rates - until recently, the lowest in the country - had began to pick up in recent weeks.

More than half of the region's eligible population was now fully vaccinated, and just over three quarters have had their first dose.

Ardern said her message for Taranaki was the same for everywhere in the country.

"This Delta outbreak, or Covid, is not about Auckland, it's about New Zealand, and we need everyone, no matter where they live in the country, to make sure that are looking after themselves and their family."