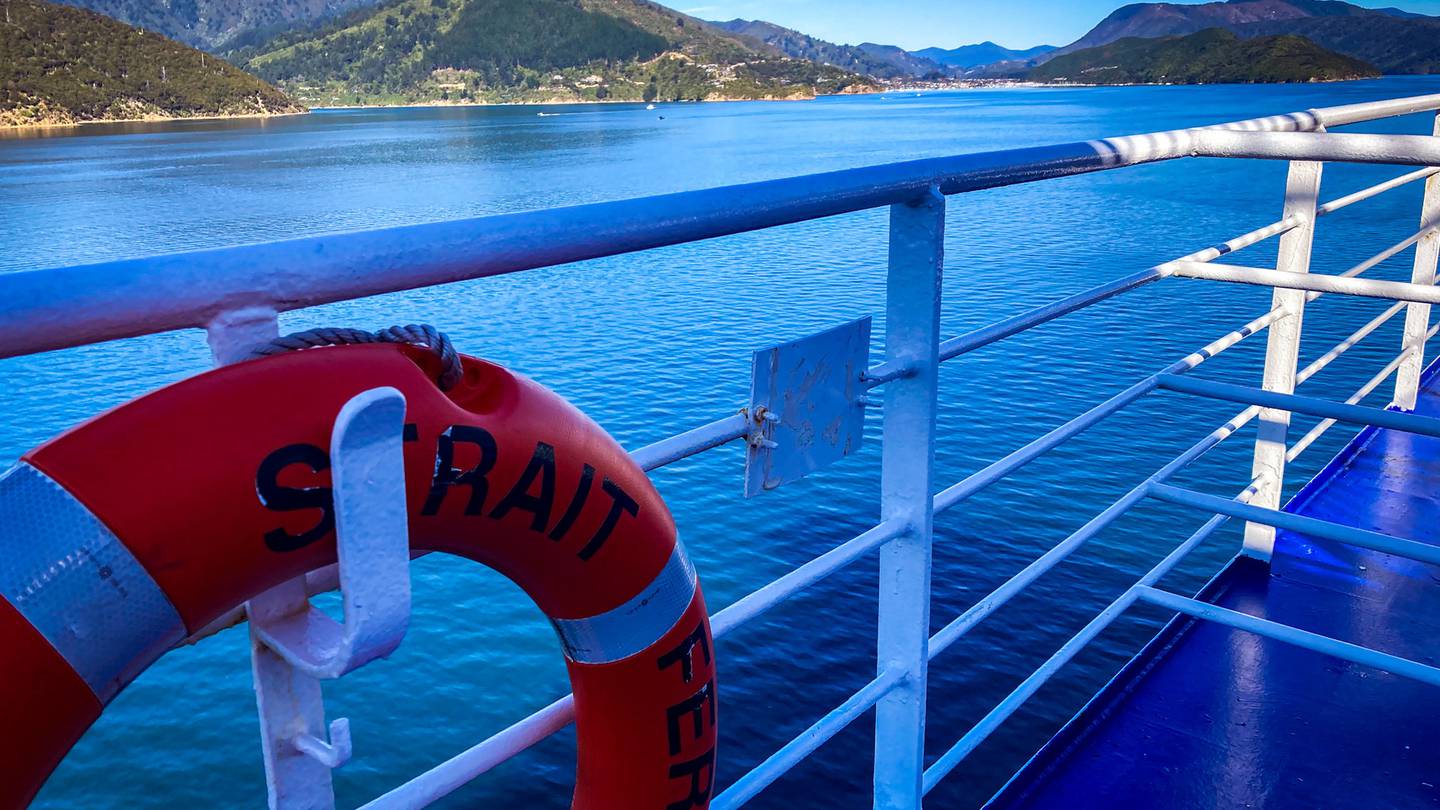 The Bluebridge Strait Feronia approaching Picton after docking was delayed by 90 minutes. Photo: Supplied
A man has been arrested in relation to an alleged threat directed at the Cook Strait ferry services in Picton on Monday.

In a statement, Marlborough area commander inspector Simon Feltham said charges were still being considered,. However, the 33-year-old is expected to appear in the Blenheim District Court today.

"I would like to acknowledge our Specialist Search Group staff who flew from Wellington to complete an extensive search of both the terminal buildings and ferries, and the investigation team who identified and located the alleged offender."

On Monday morning, police said nothing of significance was found in a specialist search of the Bluebridge ferry and terminal building in Picton, following the threat received earlier yesterday.

Passengers were removed from two ferries docked at Picton this morning as police searched the vessels.

A police spokesperson said at about 1pm police teams were searching the Interislander ferry terminal and vessel in Picton.

The Bluebridge ferry near Picton was allowed to dock, and an Interislander ferry held in Wellington was released to travel south.

Police thanked both the Interislander and Bluebridge companies and the public for their patience while the incident was resolved.

Feltham also said earlier that police had also completed a search of the Interislander terminal building in Picton. Nothing of significance was found.

All passengers had disembarked from the Cook Strait ferries when the vessels were searched.

"Police continue to liaise closely with both the Interislander and Bluebridge as we work to resolve this matter," Feltham said then.

Interislander executive general manager Walter Rushbrook said its services were "currently being disrupted" as the result of police responding to the incident at Picton.

"We are awaiting direction from the police to resolve the situation as quickly as possible, and any further information should come from them."