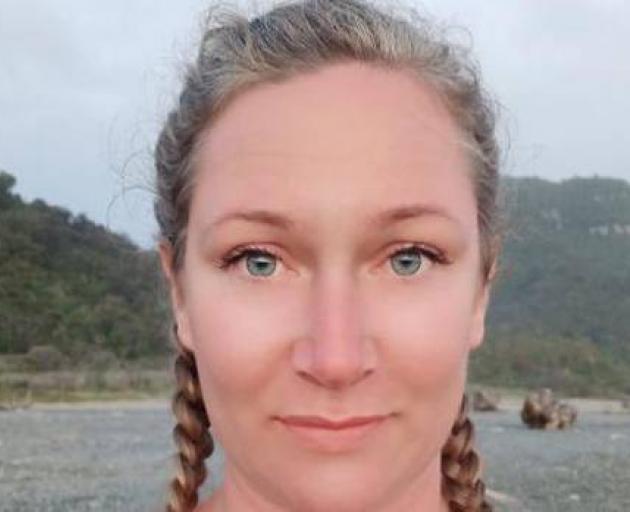 Melissa Ewings was reported missing on Monday when she didn't turn up to work. Photo: Supplied
Detectives investigating the mysterious sudden disappearance of a Marlborough woman tracked her phone to within a 100m radius of her house.

Melissa Ewings, 31, hasn't been seen for eight days despite an extensive police search operation and mounting fears for her safety by concerned family members.

Her family say it's out of character for the keen adventurer not to keep in touch with family.

Ewings lived alone in a rented house at Clarence, 60km north of Kaikoura.

Ewings had previously lived at accommodation at the beekeeping operation – mainly used by seasonal workers and which includes a caravan - but had moved to her own place about a month ago.

On the day she was last seen, she visited neighbours at around midday.

They told the Herald she appeared "good as gold" and "happy" during the half-hour visit.

Ewings' house was reportedly found locked, with her car left behind along with her wallet and bank cards. None of her personal belongings were missing.

"Everything was there, nothing had been taken or moved out of the house," her Gold Coast-based grandmother, Dulcie Brumpton said.

Her phone was missing though.

The Herald understands that police later tracked the phone through cell data to within a 100m radius of her house.

Grid searches were carried out around her property, which includes paddocks with tall grass, State Highway One, and native bush. Neighbours have also been out trying to find it, and metal detectors have been utilised. It's not clear if it's yet been found.

It's understood that a search team even tried phoning the mobile device from a nearby hillside at night to see if it produced any light in the darkness.

CCTV from neighbouring properties have also been seized by police and reviewed for any clues.

Police search teams have gone through all of the local properties and spoken to the residents, the Herald understands, along with Search and Rescue teams scouring the nearby Clarence River which has been swollen and muddy since her disappearance. Coastline checks have also been done, while helicopters have been looking from the skies.

"It's been more than seven days and it's a complete bloody mystery. Something's not right," one local told the Herald.

Search teams from throughout the South Island are in the Clarence area assisting local police, a spokesperson said.

They have searched daily over an extensive area around Clarence and the Clarence River.

"The search will continue over the coming days, weather permitting," the spokesperson told the Herald.

Detectives from Blenheim CIB are investigating Ewings' disappearance. Police have a mobile base set up nearby and officers were seen in the area today.

Ewing's employers were not home when the Herald called this afternoon. They have not responded to messages.

The family had been told that Ewings had bumped into two elderly women during her walk on Sunday night.

"They said they saw her get in her car and drive home but nobody has seen her since.

"I thought she'd actually walked down ... but these ladies said they saw her drive home, so I don't know."

Ewings' mother is said to be distraught and has hardly slept since learning of her disappearance when it was reported by her boss on Monday morning.

Brumpton said she last spoke to her granddaughter on Friday.

Ewings was in good spirits and was telling her about possible plans to attend a car show on Saturday with a friend from work.

Brumpton said it was odd for Ewings not to have been in touch with anyone.

"We're starting to wonder a little bit. It's just odd for her not to have been in touch with somebody. She contacts everybody, all the family, all the time."

Ewings' was one of five siblings, she said, and part of a wider tight-knit family.

A police spokeswoman yesterday confirmed search teams from all over the South Island were in the Clarence area assisting local police with the search.

"On September 20, Melissa left an address in Clarence Valley to go for a walk. She had not indicated she would be gone for a long period."

Search teams had been searching every day since "over an extensive area around Clarence and the river", the spokeswoman said.

The search would continue over the coming days, "weather permitting".

As for whether police were treating her disappearance as suspicious, the spokeswoman said she was being treated "as a missing person and police are keeping an open mind as to what has happened".