Queenstown plugged as 'Plan B' OE

Queenstown could be pushed as an alternative "OE" destination for Kiwis. Photo: Getty Images
Expensive flights, visa issues and fluctuating lockdowns could offer a new opportunity for Queenstown as the international destination from within for young Kiwis.

It’s an idea put forward by St Moritz Hotel manager Jo Finnigan, who wants to find a solution to a potential workforce shortage in the coming months.

The labour pool doesn’t seem to have run dry just yet, though, with Southern Discoveries HR manager Rachel Rose saying she received close to 100 applications, split 50/50 between Kiwis and overseas workers, for a recently-recruited post in the company.

Damien Brown advertised for 15 staff for his new Pedro’s By The Lake and says he’s saddened by just how many applicants had to miss out.

But Finnigan says hoteliers hold future concerns as visas expire — 6707 working holiday visas by the end of next month — and people leave Queenstown in search of work. 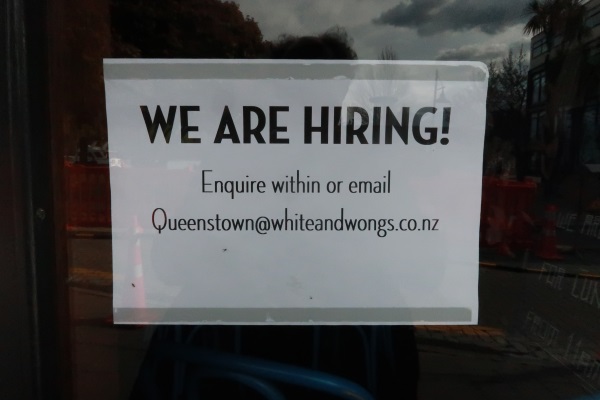 Finnigan’s solution is to brand Queenstown as an alternative OE destination, while normally popular destinations like London face Covid-19 restrictions.

‘‘Queenstown’s geared up as an international destination, there’s so much to be had here, the nightlife’s wonderful, the exposure to a world-class standard of hospitality is here, it’s relatively safe and a great place to make memories.

‘‘Maybe it’s the place to have an OE when you can’t have your OE … it’s got a resort feel and you’ll still meet people from all over the world and that’s part of being on the OE, isn’t it?’’

Those who land jobs in hospo would gain transferable skills, she says, making it easier to later get work overseas, while others may end up choosing to stay.

The UK — where many Kiwis would normally head for an OE — has regional lockdowns, social gathering limits and 10pm nightly curfews, as daily cases of Covid-19 reach 14,000.

One Kiwi who’s decided to have her OE here already is West Aucklander Samantha Parker, who should be in Banff, Canada, right now, but instead she’s waitressing at Pier on Steamer Wharf.

The 23-year-old business grad intended to explore a ‘‘beautiful spot’’ away from city life and learn to snowboard.

But when the border closure began to look less temporary, she decided to up sticks and move to Queenstown.

‘‘I went up the mountain last week to board and I’ll try to go up again before it closes,’’ she says.

‘‘Everyone was saying finding a flat and work would be difficult, but it’s been fine.’’

Destination Queenstown interim boss Ann Lockhart, whose shared brainchild it is, says it’s something to consider moving forward and may be put to the district recovery group, independent of her organisation.