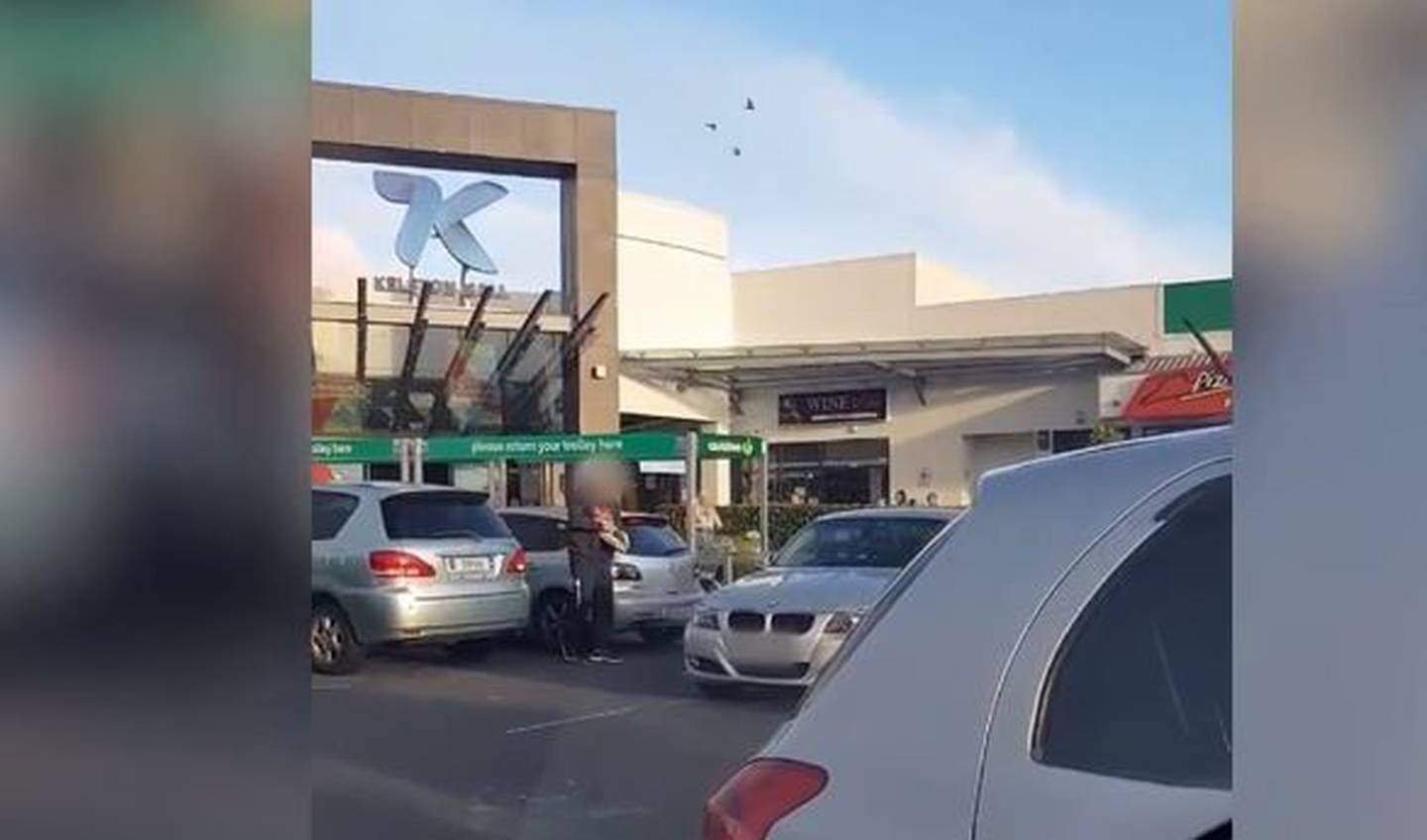 A man is seen throwing eggs at a vehicle outside a shopping centre in Kelston, West Auckland. Image: Supplied
A West Auckland resident has filed a complaint with police after a man fired a volley of eggs at his car in what he says was an unprovoked "racist" attack outside a local shopping centre.

Gokul, who asked that his surname not be published, was at the Kelston Mall on the corner of West Coast Rd and Great North Rd when the incident happened about 4.30pm yesterday.

He had spent about five minutes getting money out of an ATM before heading back to his car.

It was on his way back to his vehicle that he heard a woman sitting inside her own car yelling out what he thought were jumbled foreign swearwords.

It was the last word that he recognised.

"I walked past and ignored her. I got into my car and locked it - and that's when I saw a guy come up from behind and start to egg my car."

Armed with what looked to be a tray of a dozen eggs, the unknown man pelted Gokul's car with two eggs before moving towards the left side to launch more eggs at it.

"I didn't realise what he was doing at first. He just had a smile on his face, holding a tray of eggs."

Feeling threatened, Gokul decided not to get out of his car but to phone police as he slowly backed his car out of the parking spot he was in - all the while the egg-thrower continued his attack. 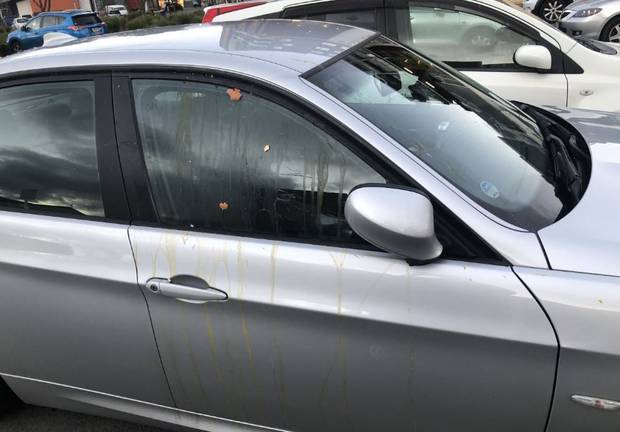 The aftermath of a random egg attack in Kelston on Sunday. Photo: Supplied
A video captured by another member of the public shows the egg-thrower still aiming and throwing eggs at Gokul's car as he backs out.

It was then he realised the man was from the same vehicle as the woman who had yelled out to him.

"I blocked the car and called the cops - and the guy kept egging me again.

"I just kept saying: 'Why are you doing this?' He didn't say anything. He was smiling."

'This is New Zealand - you don't do that'
The attempt to block the vehicle in - in a bid to wait for a police patrol car to get to the scene - was abandoned when the woman in the car started to reverse, almost hitting his car, Gokul said.

In the video, the egg-thrower casts one more look at Gokul before getting inside his own car - which then hastily leaves the carpark.

It was then the member of the public who saw the incident unfolding and recorded it on their cell phone, came forward with the footage. It has been handed to police.

Gokul called that person a "Good Samaritan" and was grateful someone had effectively recorded proof of what happened.

Gokul, of Indian descent, said he felt the random egging was racially-fuelled.

He says he did not do or say anything to anyone else in the five minutes he had gone to the ATM and felt the attack was totally unprovoked.

He has lived in New Zealand for a number of years and had never experienced anything like it, he said.

"I just feel real helpless and threatened for my life for the first time. This is New Zealand. You don't do that - not here.

A report of the incident has been filed with Police.