An Otago Daily Times reporter on her way to the scene, said she pulled over to make way for three ambulances which were driving in the direction of Invercargill.

A Central Southland College spokeswoman said the school was in lockdown and a message had been sent to parents via the schools app.

''We've done everything we can, we're just waiting to hear [from police].''

A post on Winton School's Facebook page said that the school had been in lockdown since 1.15pm after a police directive. 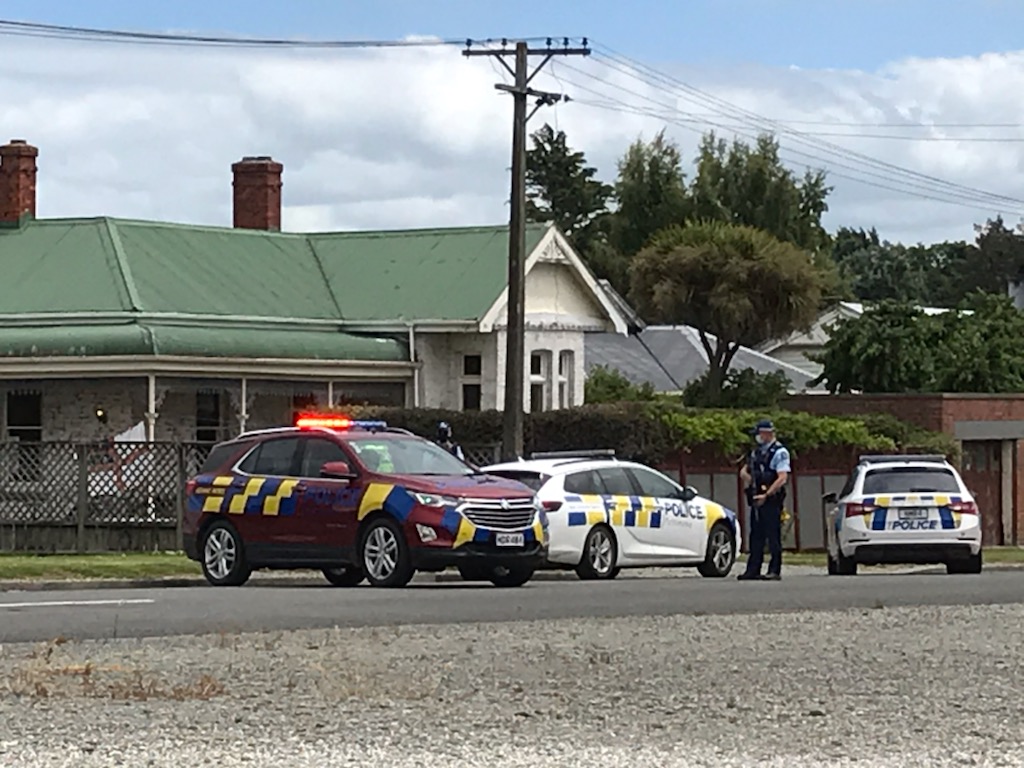 There is a heavy police presence in the town. Photo: Toni McDonald

"After many drills over the past few years, all students and staff have responded quickly and are safe in their allocated spaces.

"We are waiting for an update from the police, so until then, please do not come to the school to pick up your children.''

They would post another message on Facebook as soon as there was an update in the situation.

Streets around the scene were cordoned off including  Park St, Brandon St and Arthur St, with traffic being diverted by police.

Reporter Toni McDonald said there were a number of armed police at the scene.

Kindergarten children were allowed to leave about 2.30pm through a side gate where parents waited expectantly to take them home.

A St John spokeswoman confirmed it was called to the scene at 1.21pm today.

Further details would be released as they came to hand.