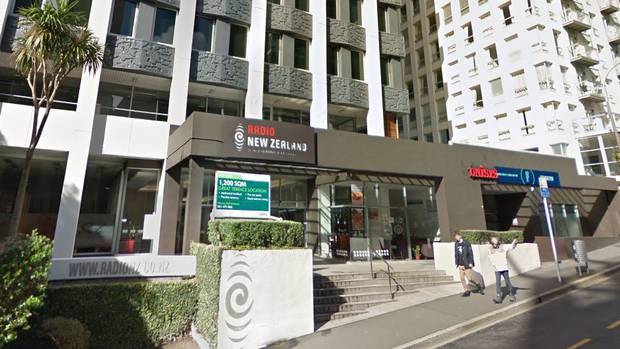 Last week, the NZ Herald revealed the man was stood down after allegations of sexual harassment - one of three recent investigations involving different men working for the station.

The man was on leave from the state-owned broadcaster after an external investigation in June found his behaviour made younger women feel uncomfortable and that some inappropriate comments could be considered harassment. He has now left the organisation.

It's understood more than 15 people were interviewed as part of the investigation.

One of the women, who asked not to be identified, said in her opinion he was a "creepy" man who preyed on young, vulnerable women.

The woman who is in her 20s, said his behaviour was "not a well-kept secret" and because he was older and some of the women were in their 20s, she believed it was a "really revolting power-dynamic difference".

She alleged he was challenged verbally on multiple occasions by women not to speak to them in a sexual manner and, she claims, was told off by a senior manager about his unacceptable behaviour.

She claimed he would make comments on how women dressed and in her view, he would "ogle at their bodies, which made them feel uncomfortable."

"The reason I am speaking out is that it shouldn't happen in any workplace, especially at a great place like Radio New Zealand. It is unfathomable it is 2020 and we are still having conversations like this," the woman said.

During the investigation earlier this year, the Herald understands, 15 staff members including managers, witnesses and complainants were interviewed.

The woman was relieved with the outcome of the investigation - but outraged to learn he was returning to work.

"I thought 'what the hell', he can't come back to work.

The woman claimed she called Paul Thompson, the CEO and editor-in-chief of Radio New Zealand, who then blocked the man's return to work.

Last week Thompson declined to answer a series of questions on the matter. In a statement he said: "RNZ has zero-tolerance for any behaviour that is in breach of our Dignity at Work policy and Code of Conduct. Our duty of care to our staff is of paramount importance.

"As in any organisation, matters around specific individuals and their employment must remain confidential unless otherwise agreed by the employee concerned, however, all allegations of misconduct in the workplace are thoroughly investigated with the wellbeing of staff prioritised -and any action taken is done so within the framework of employment legislation and our obligations to our people."