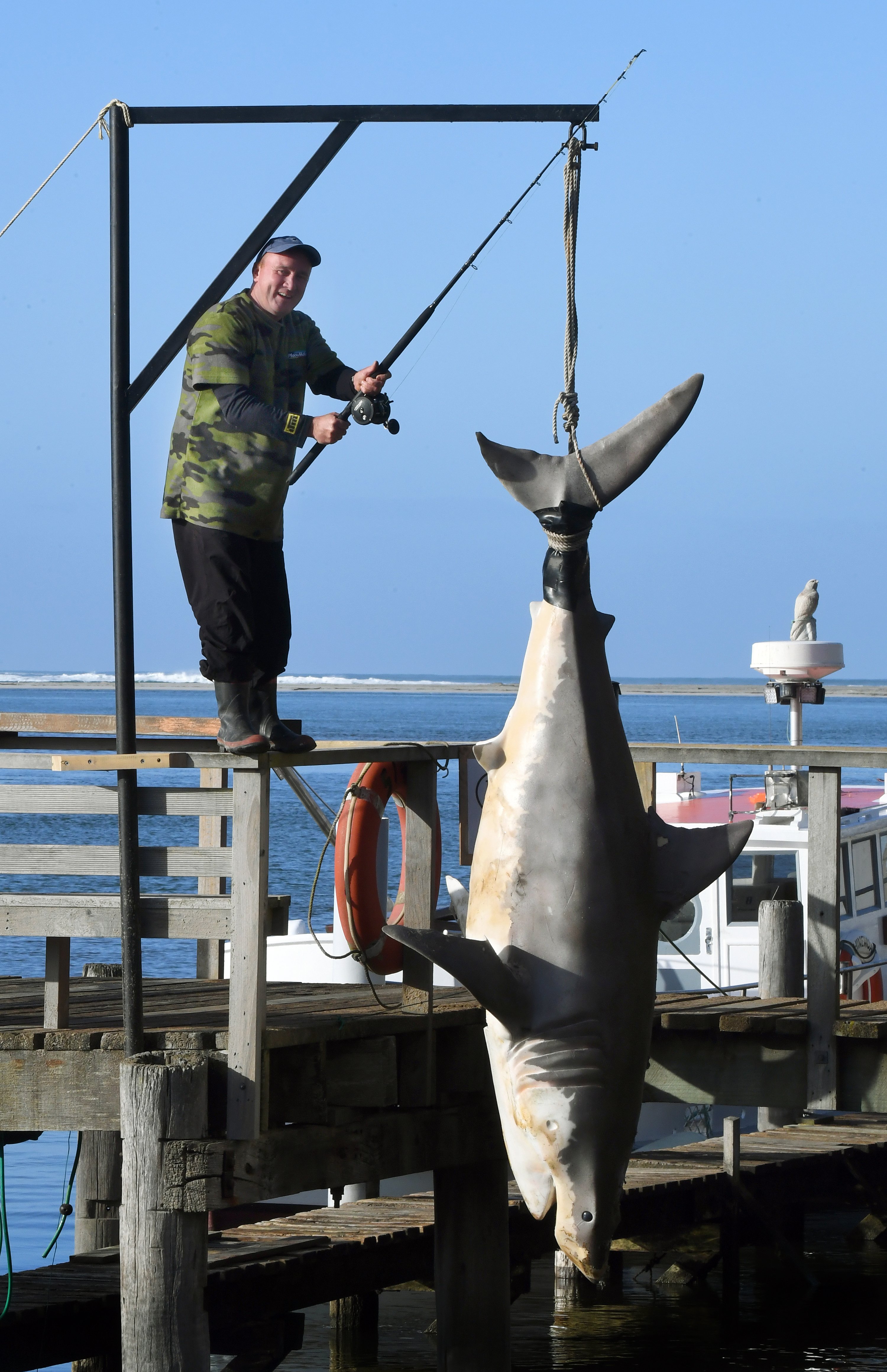 A large grey shark hanging from a hook at the jetty sparked a flurry of interest, and a call to the authorities, recently.

Great whites are a protected species in New Zealand.

But it appears the 3.5m shark is actually just the Taieri’s newest tourist attraction.

Taieri fisherman Glen Patterson (46) said he bought the 120kg latex shark from a mate in Southland, who had used it during filming for a Discovery Channel show.

"We decided to hang it up so the kids could stop and have a look at it and have a laugh," he said

Some people had expressed concern about the shark being real, he said.

A Department of Conservation spokeswoman said it had followed up on a report about the shark, but it turned out to be "a very life-like model".

Once people realised it was a fake, they saw the funny side of it, Mr Patterson said.

He was hoping to continue displaying the shark as a novelty attraction.