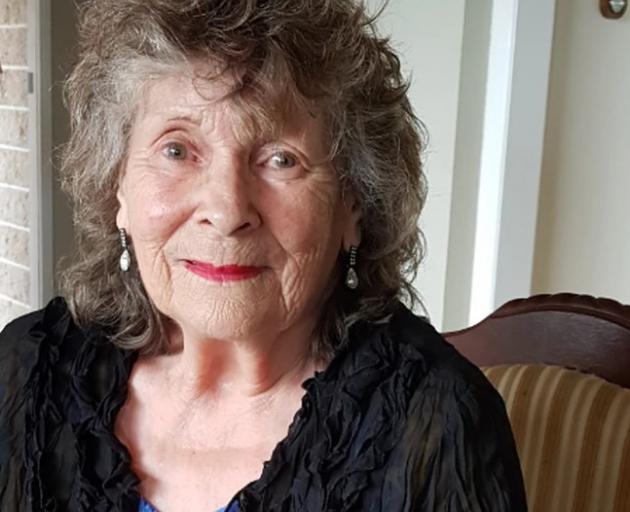 Guenole, 73, died on Monday morning days after testing positive for Covid-19. She had been admitted to Grey Base Hospital in Greymouth on Wednesday with suspected influenza.

Her devastated family initially asked for privacy as they grieved for their much-loved relative. But now they want to spread the word about how easily and quietly the virus can spread, hitting people in communities where there are no apparent cases of the disease.

Guenole's son-in-law Brett Cummings said that when she first went into hospital on Wednesday precautions were taken.

Guenole had been offered a ventilator but after the risks were explained to her she elected to stay on oxygen.

She was put straight into the hospital's sole isolation room, and her children - Cummings' wife Diane Guenole and her brother Peter - wore gloves and masks as did nurses and doctors. But medical staff did not wear eye protection and as a result 21 staff are now in self-isolation, as are her family.

Bloomfield said yesterday it was thought she had a link to overseas travel - but Cummings says that's a "red herring".

Guenole, a life-long West Coaster, lived in Kaiata outside Greymouth. She barely travelled, only driving from her house to Greymouth - a distance of 5km - and parking on the fringes and walking in, said Cummings, a West Coast regional councillor.

She had only been in contact with one traveller they knew of, her son Peter who had returned from Australia five weeks ago. She had also attended a funeral in Greymouth with some attendees from the North Island about 10 days before she fell ill.

Diane and Peter had been in the hospital since their mother was first brought in last Wednesday. It was made clear if they left they couldn't return.

She had chronic obstructive pulmonary disease, a lung disease that causes breathing difficulties but it was well controlled using medication, Cummings said.

"It wasn't restricting any of her movements - she was fairly active, she had a vegetable garden and flower garden."

Until husband Peter died last September she even used to mow the lawn.

Peter had fallen ill and died within a week with a combination of pneumonia and a staphylococcus infection attacking a valve in his heart.

The pair had been married 55 years.

"It hit her pretty hard. They were retired so they obviously were spending every day together," Cummings said.

"She was getting over it but she wasn't enjoying it."

Guenole's body has been cremated but a date for a memorial service hasn't been set. The family - including eight grandkids and four great grandchildren - can't gather right now as many including her son Stephen live in Australia.

The family initially requested privacy while they grieved but Cummings said it was more important to get the message out about how serious the virus was and how easily it spread.

It was "bizarre" his elderly mother-in-law was the one to contract the virus given her quiet lifestyle.

"Anne would be horrified if she knew what was going on. She was a very private person," he said.

"She was a quiet person, very loving. Everybody that knew her liked her. She didn't have a bad word to say about anybody ever...She'd be the person that'd be first to give you a hand and the last to ask for any help.

"Diane's been stressing to people that if Anne can catch it living in Kaiata on her own, it's here and it's real. It's a wake up call for everybody.

"A lot of people didn't think it could happen, they wouldn't have thought it was coronavirus

"The staff in Greymouth on the front line, Diane and Peter couldn't speak more highly of what they were trying to do...they were doing everything they were allowed to do."

But he felt there was a lack of leadership. "It seemed like some of the testing, the categories, the markers you've got to meet before you get tested don't seem right."

He was aware of only one case in Hokitika, plus a tourist who had come through Greymouth when he should have been self-isolating. His whereabouts isn't known.

"But if they're not testing anyone how will they know? The World Health [Organisation] is saying 'test test test' - the only way to stop this thing is know where it is."

New Zealand has 589 cases of Covid-19 - 552 of them confirmed and 37 probable. Twelve people are in hospital while 63 have recovered. Three of those in hospital are in intensive care.

Bloomfield said today around 2 per cent of the total - roughly 10 people - were considered to have caught the virus through community transmission.