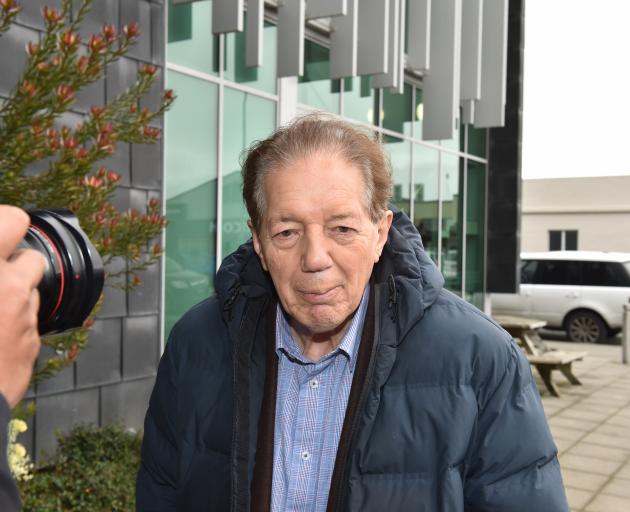 At a June 21 risk and assurance committee meeting, Sir Tim asked what would happen if he were to resign — a question which is understood to have come against the flow of conversation.

The mayor has since taken to social media to say he asked the question during a "tedious" committee meeting and enjoyed seeing the reactions of those present.

"It was amusing to break the tedium and watch the looks of unadulterated joy on certain faces.

But one councillor, who did not wish to be named, said there was not glee at Sir Tim’s statement — more shock at what had been asked.

It is understood the question was answered with a response around the protocol of a by-election.

Now in his ninth term as mayor, Sir Tim has faced mounting pressure in the past year after a damning independent review, driver licence suspension and ongoing issues with councillors and staff.

Sir Tim has maintained he is still the best person for the job, saying last month he could "probably do another three or four terms".

Council chief executive Clare Hadley was present at the June 21 meeting but said she did not wish to comment on the matter."That’s a question you’d want to ask the other councillors who were at the meeting.

"I’m involved in the administration of the meeting, not whether it’s interesting, tedious or anything else," Ms Hadley said.

Most councillors approached about the question and subsequent social media post either could not be reached or did not wish to comment.

"To me it’s Tim’s rhetoric, and he’s indulged to say what he wants, but really I’m not that interested," Cr Ian Pottinger said.

But a leading local government specialist said the mayor’s comments fed the flames of speculation about his ability to fulfil his expected role.

Massey University senior lecturer Dr Andy Asquith said Sir Tim had contributed "a hell of a lot" to Invercargill but needed to know when to call time.

"Unfortunately, the way things are panning out, there’s a danger the mayor of Invercargill will be remembered for his final term and the dog’s breakfast it’s turning into."

In the event of an early resignation, two options were available to the council.

If a mayor resigned within a year of the next election, the council could appoint an acting mayor in their place.

If the resignation occurred outside that window, a by-election must be held.

The next round of local body elections is set for October 8 next year.

Sir Tim could not be reached for comment following his question at the meeting, or after posting to social media.