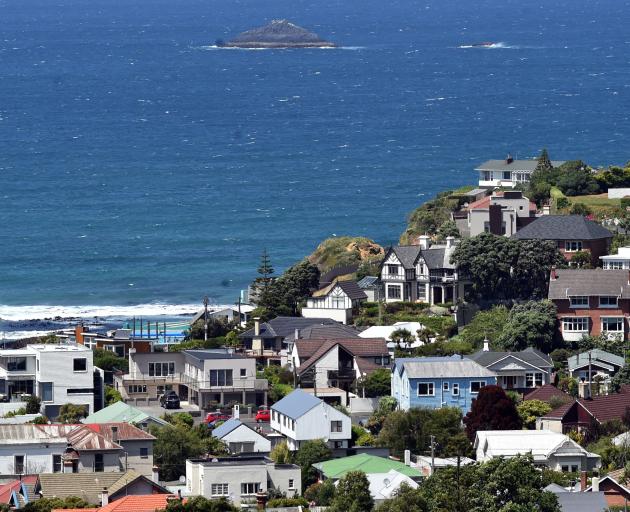 Of the main centres throughout New Zealand Dunedin was the standout as property values rose 2.7% over the month to be up 6% quarterly, the biggest jump in values in nearly 15 years. PHOTO: PETER MCINTOSH

Latest Real Estate Institute data showed that was the first time this country's house prices had gone above $600,000.

Six areas with the fastest-rising prices annually were:

"This is the highest number of regional record prices we've seen for the country in 23 months."

And she noted Auckland's lift: "Auckland City saw the highest median price in 28 months with a 4.6% annual increase to $1,001,000, in part due to a 43% increase in median price in the Waitemata and Gulf area." 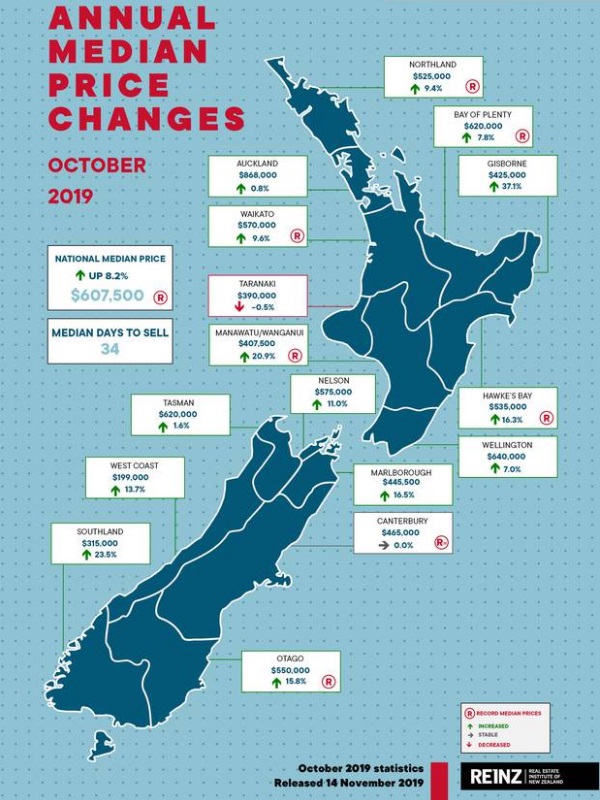 National sales volumes fell 4% in October compared to a year ago. Norwell said it was unfair to compare October last year with last month due to the number of people aiming to sell their home before the foreign buyer ban came into effect at the end of October 2018.

"It's not surprising that the number of properties sold fell when compared to last year. When you add this to the fact that there are around 7800 fewer listings for the first 10 months of 2019 when compared to the same time last year, it's no wonder sales volumes are down," she said.

The REINZ House Price Index, which measures the changing value of property, rose 3.9% year-on-year to 2863, a new record high.

In October the median number of days to sell a property nationally decreased by a day from 35 to 34 days when compared to October last year. This figure was down two days on last month's figure of 36 days, REINZ said.

Auctions were used in 15.5% of all national sales last month, with 1052 properties selling via that method, in line with the same time last year.

National Inventory is falling: the total number of properties available for sale nationally fell 13.1% in October to 22,313.

Last week Auckland's largest agency, Barfoot & Thompson, reported a lift in the number of new listings in October which it claimed set the scene for the Auckland residential housing market to be active.

Since March, a modest number of properties had been listed to the point where, by the start of October, numbers were at a two-year low. But the agency said it was now enjoying a 40% listing number leap on the previous three months.

New listings with that agency jumped from 1204 in September to 1605 in October.

Regionally, the standout performer from main centres remained Dunedin, up 2.7% over the month to be up 6% quarterly, the biggest jump in values in nearly 15 years.