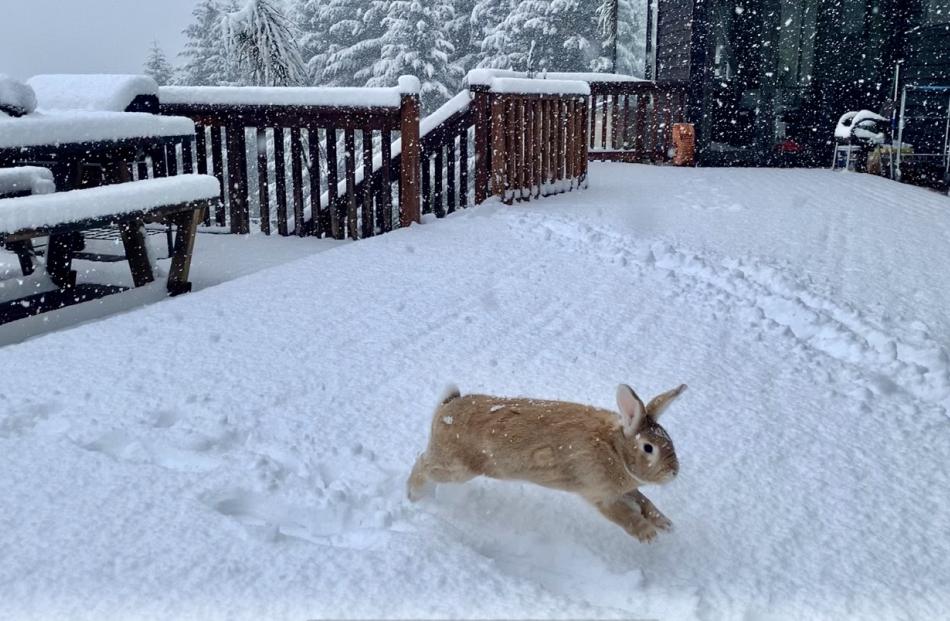 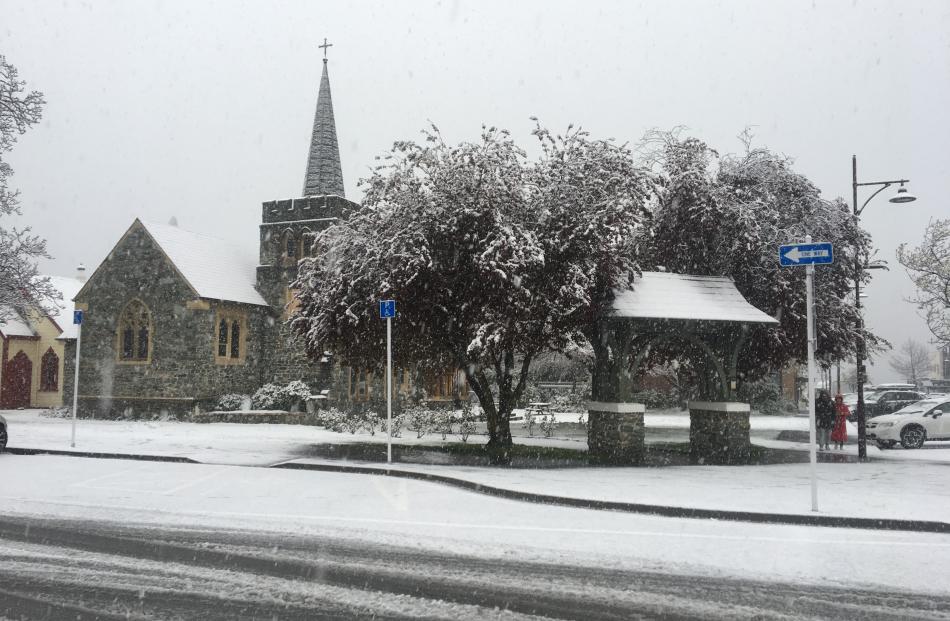 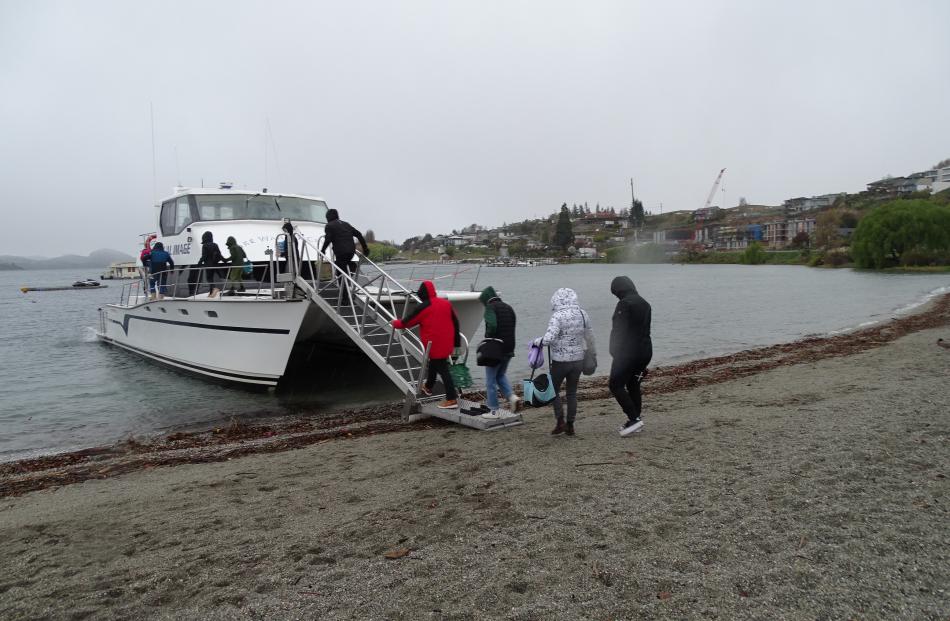 Rain, snow and freezing temperatures didn't tourists from boarding their cruise on the Dual Image on the first Monday of the school holidays. Photo: Kerrie Waterhouse 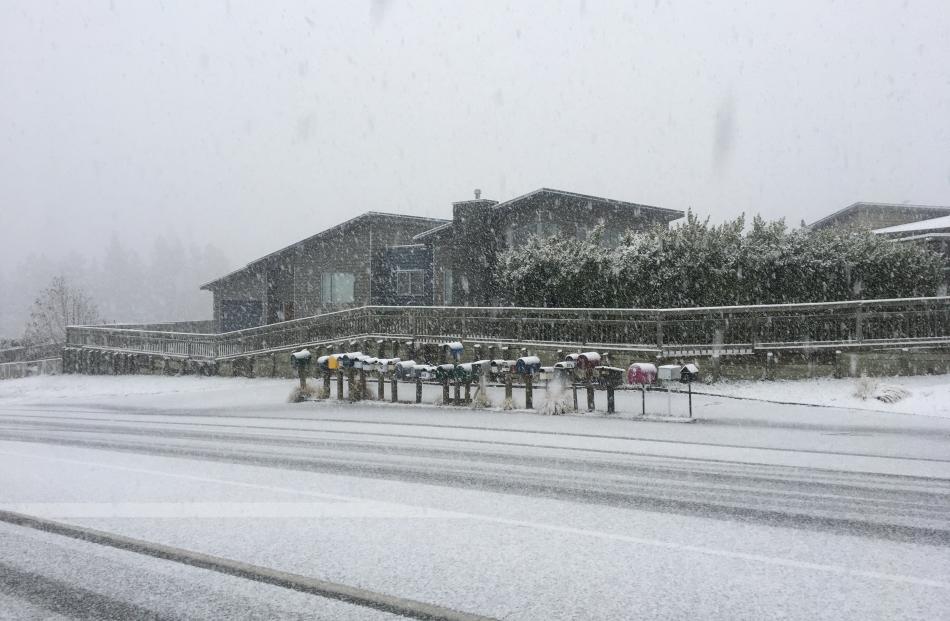 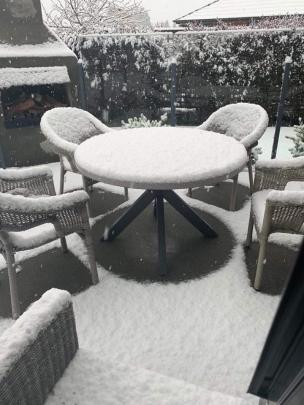 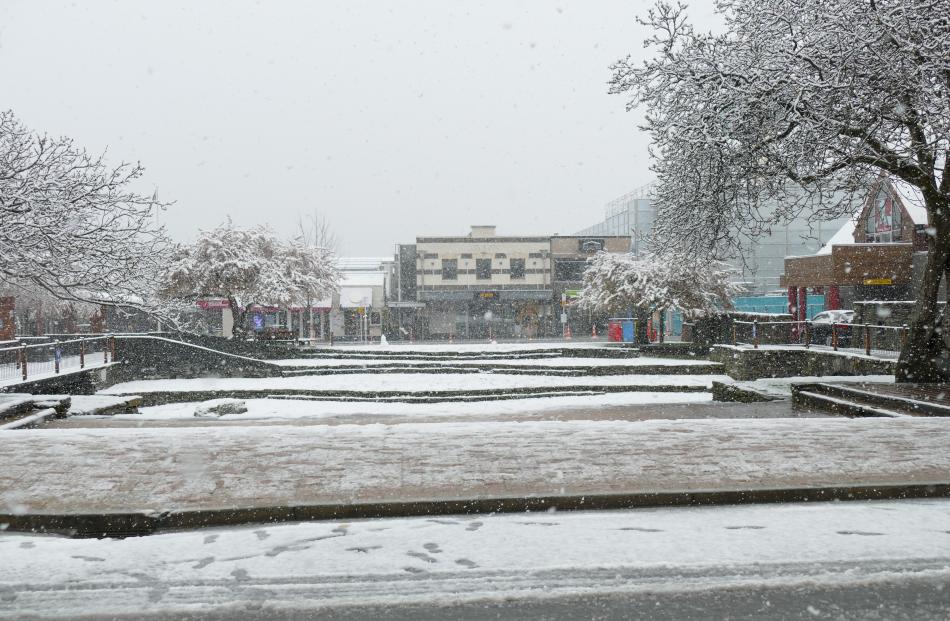 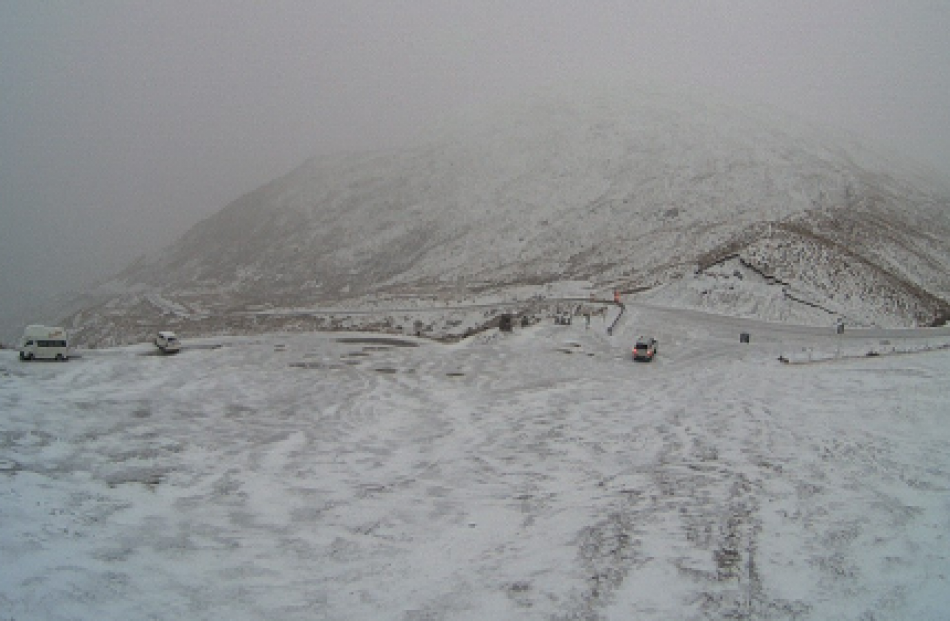 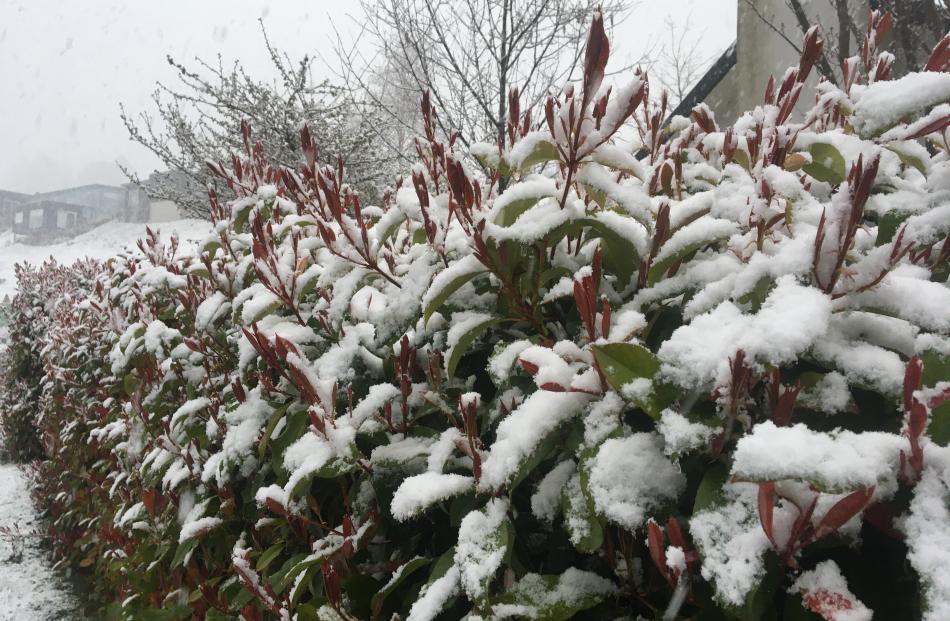 Heavy snow is falling in parts of the south as a cold snap begins to bite, closing major roads and cancelling flights in and out of Queenstown.

Forecasters say the snow is likely to lower to sea level in parts of Otago and Southland, including heavy falls above 200m.

Widespread storms experienced by much of the country over the weekend "continue to be a significant weather event", and are expected to be chased by a series of cold fronts travelling up the country, MetService says.

Forecasters have issued a series of heavy snow watches and road snowfall warnings. In lower parts of the South Island snow could fall to sea level today - the lowest this year.

Flights in and out of Queenstown are either cancelled or being diverted.

Heavy snow is likely for many high roads and passes across the South Island, disrupting traffic. Road users are urged to take care and drive to the conditions.

The Crown Range Rd linking Wanaka and Queenstown was open earlier this morning after snow overnight, but has closed.

Alpine roads the Lewis Pass (State Highway 7) is closed and motorists should use SH1 for travel through to Tasman/Marlborough.

The Milford Road (SH94) is closed, with 50cm of snow is expected through Monday, possibly to sea level. The state highway is closed from Park boundary due to heavy snowfall and potential tree fall hazard.

Snow is also expected on the Lindis (SH8), Lewis (SH7), Haast (SH6) and Arthur's (SH73) passes. Chains are essential for Arthur's Pass due to snow and the road is closed to towing vehicles. A strong wind warning also remains in place for this route.

There is about 15cm of snow on the Chaslands Highway in Southland and work to grade the road is being carried out, the Southland District Council advised at 10.40am. 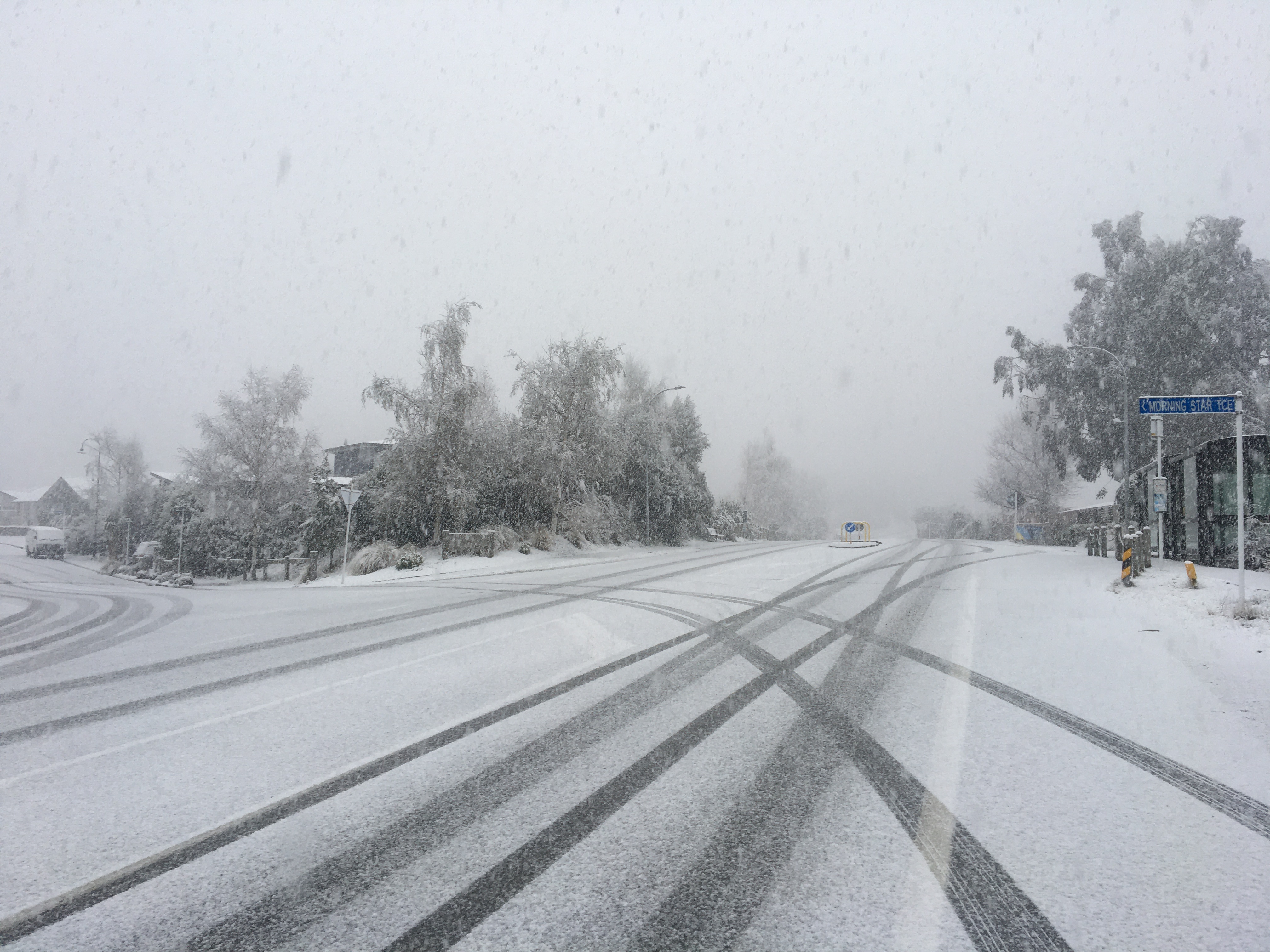 In Queenstown, snow is falling heavily and there's fog. The Queenstown Lakes District Council said the Crown Range Rd linking the resort town and Wanaka was open earlier this morning but by 9.45am had closed due to heavy snow.

"We're recommending that you only travel for emergency purposes during this time. If you're on the road, please take it extremely slow and be considerate of other drivers."

Other road closures were Luke St and Ballarat St in Queenstown.

"If you're heading further afield to Haast from Makarora, you'll have to fit chains to your vehicle due to heavy snow on the road.
We've had snow falling in the Wakatipu Basin overnight, but it hasn't settled as of yet due to warm ground temperatures.

In Wanaka, thick, heavy snow is falling in the town, settling on roofs and cars but not yet on the ground. 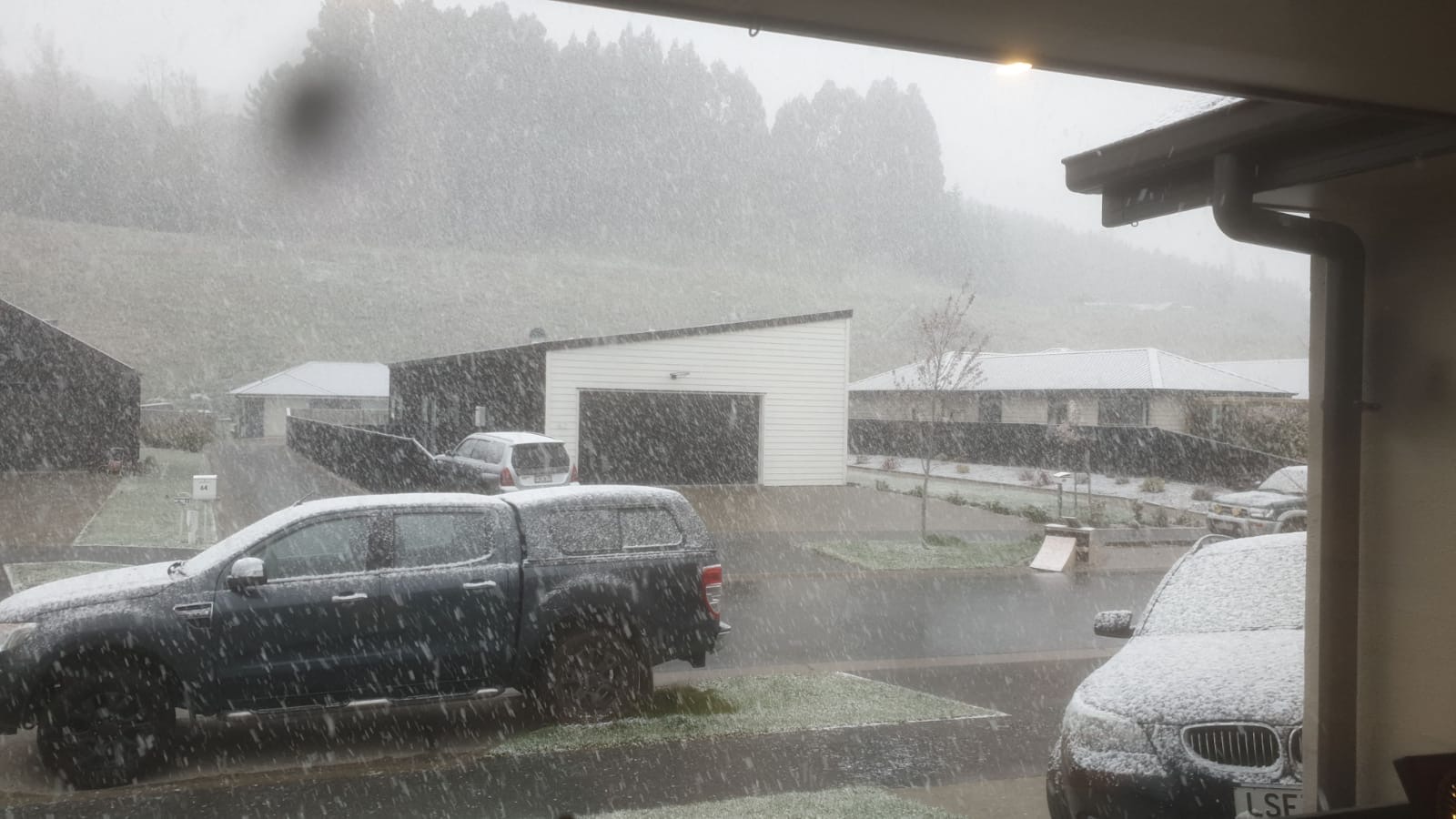 It's snowy and foggy in Shotover Country this morning. Photo: LOUISE SCOTT
Police reported one motorist had got into difficulties at 8.50am yesterday. A car had slid off the road and chains had been provided. 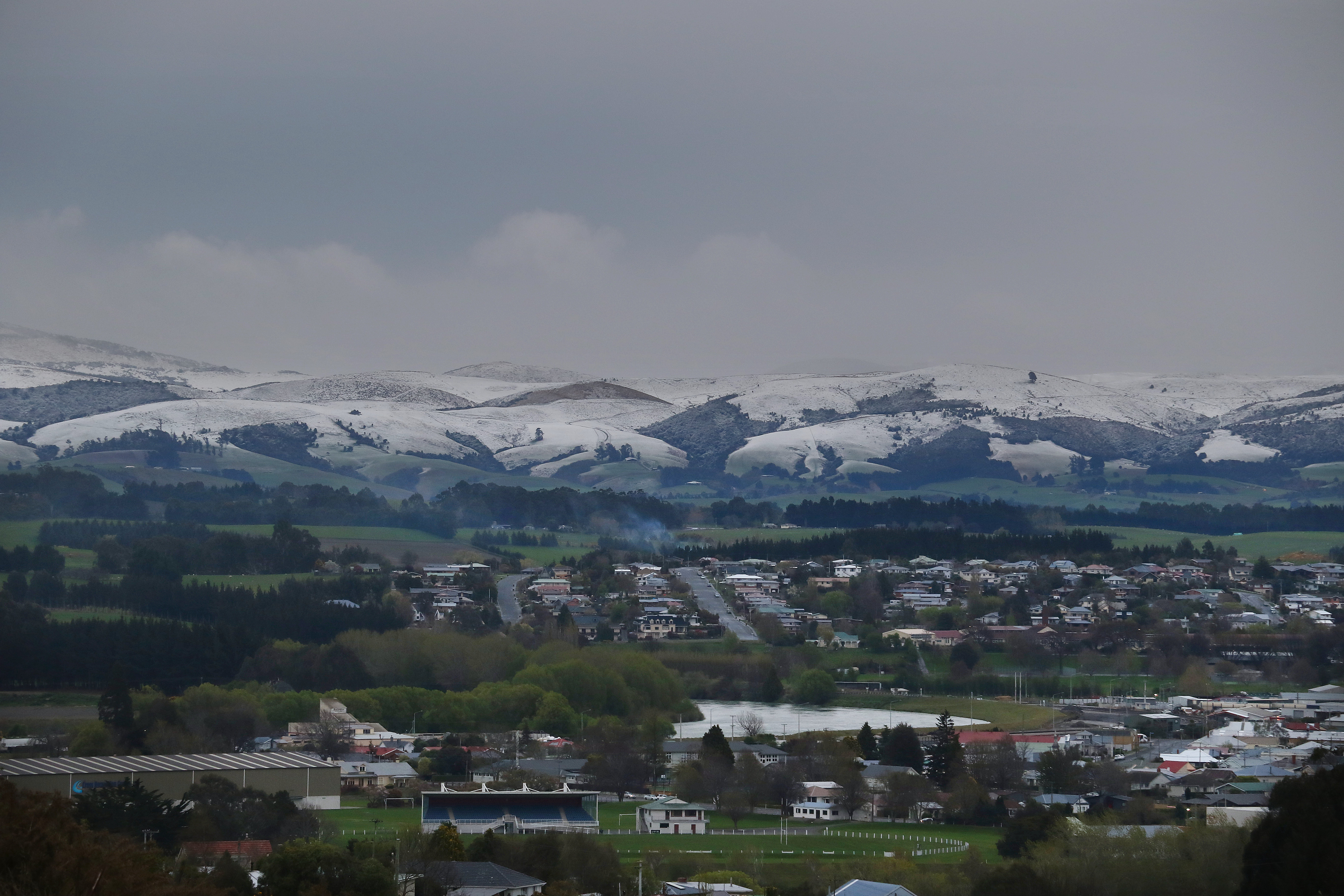 In South Otago, residents woke this morning to views of snow capped Kaihiku Ranges, south of Balclutha. The covering of snow went all the way along the length of the ranges from the south near Clinton to Nugget Point on the coast.

The Clutha District Council advised four-wheel-drive vehicles only are recommended for Owaka Valley Rd and Slopedown Rd as there are "a few dicey sections especially on the hills".

Snow is now settling in West Otago with snow on the roads everywhere from the Tapanui township to the hills.

Tapanui currently has a light layer of snow but the hill roads in the Moa Flat, Wilden, Switzers area it is a lot thicker.

​"We recommend people stay home where at all possible but if you need to travel, extra care needs to be taken on the roads as it looks like the snow is setting in so we are expecting it to worsen before the end of the day.  Four-wheel drive only is advised for the high country areas.​"

Between 4am today and noon tomorrow, 1cm-2cm might occasionally settle near the summit, with 4cm-8cm possibly settling tomorrow afternoon.

Bad weather would persist in the city tomorrow but would gradually ease later in the day.