Some support in lower South Island for stronger border

The Interislander ferry. PHOTO: ODT FILES
A strengthened border at Cook Strait to keep Covid-19 out of the South Island has some support among southern leaders while the drive continues to get vaccination rates up.

However, several fear the cost of buying time to counter spread of the virus through imposition of heavy restrictions is getting hard to justify.

What they are united about is the call to get vaccination rates as high as possible, imminently.

Gore Mayor Tracy Hicks said the practicality of a bolstered Cook Strait border should be considered.

Getting vaccination rates up remained the highest priority, he said.

Waitaki Mayor Gary Kircher said the cost of keeping the virus out of the South Island a bit longer could be worth it.

"The challenge is, can we create a hard border that is going to be effective?"

However, Queenstown Chamber of Commerce chief executive Ruth Stokes said patience was wearing thin and the Government had already had plenty of time to prepare for the impact of the Delta variant of Covid-19.

Dunedin Mayor Aaron Hawkins said a stronger border between the North and South Islands was worth exploring.

"We can’t hermetically seal ourselves off, of course, but greater restrictions would allow us more of a head start in the race we’re now in between the virus and the vaccine," he said.

"This could only be good news for our public health system, and the health and wellbeing of our communities, but would have to be weighed up against the cost of stopping travellers in both directions."

Queenstown-Lakes Mayor Jim Boult did not support a separate approach for the South Island.

"The economy will wither and die if we carry on with an isolation strategy," he said.

The South Island could benefit from doing what was necessary to reduce the risks of the virus getting through.

"The South Island still has that opportunity to keep it out a bit longer," he said.

"It would only be open to double-vaxxed essential workers, such as truck drivers and then only if they'd had a negative PCR test and were again checked at the border using a rapid antigen test.

"That is what's happening in some of the interstate borders in Australia. And it's worked."

Dunedin businessman Sir Ian Taylor said it was time to move on from a siege mentality and the Government could not continue to have a one-dimensional approach tilted towards lockdowns.

A huge discussion was needed about ways to operate amid the virus.

Southland Mayor Gary Tong said it would be great to get the South Island fully vaccinated before the Delta variant’s arrival.

Borders between regions had been a favoured approach, but vaccination enabled a border around individuals against the virus, Tim Cadogan said.

"We don’t move ahead as a nation until we vaccinate," Bryan Cadogan said.

"The entire business community awaits clarity from the Government on its plan for the country in the weeks, months and years ahead," he said.

The road freight transport industry adjusted well to the border around Auckland, but it was a drain on police resources.

"At some point there has to be a realistic look at threat versus measures taken to mitigate that threat.

"It is time for pragmatic solutions over fear and hysteria." 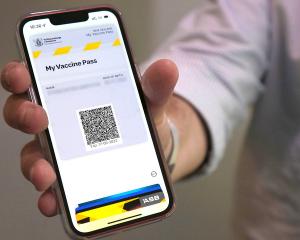 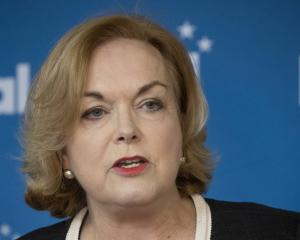 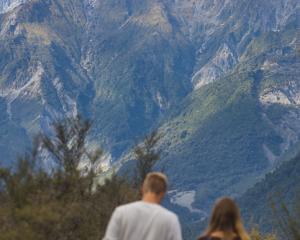