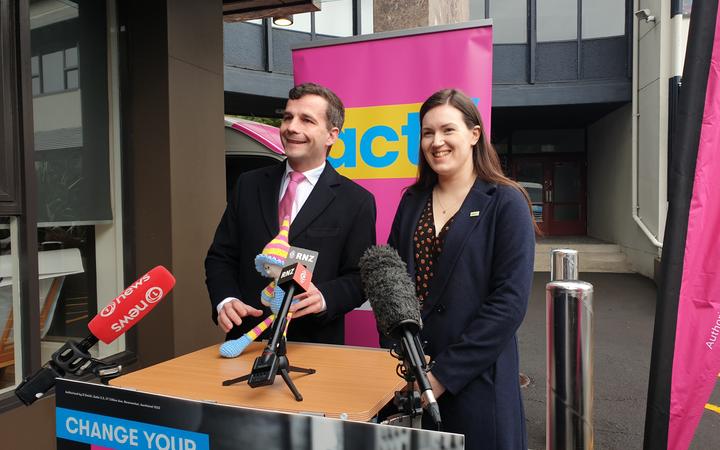 ACT Party leader David Seymour and deputy Brooke van Velden. Photo: RNZ / Sarah Robson
The Act Party has been polling relatively well in the lead up to election day, with the latest results putting the party on 8 per cent, meaning it would get 11 seats in Parliament.

If voting reflects polling, party leader David Seymour will no longer be Act's sole representative in Parliament - all the candidates who might join him are first time MPs.

RNZ has profiled the Act list's top 10 so you can get a bit more familiar with who they are.

They include two South island candidates. 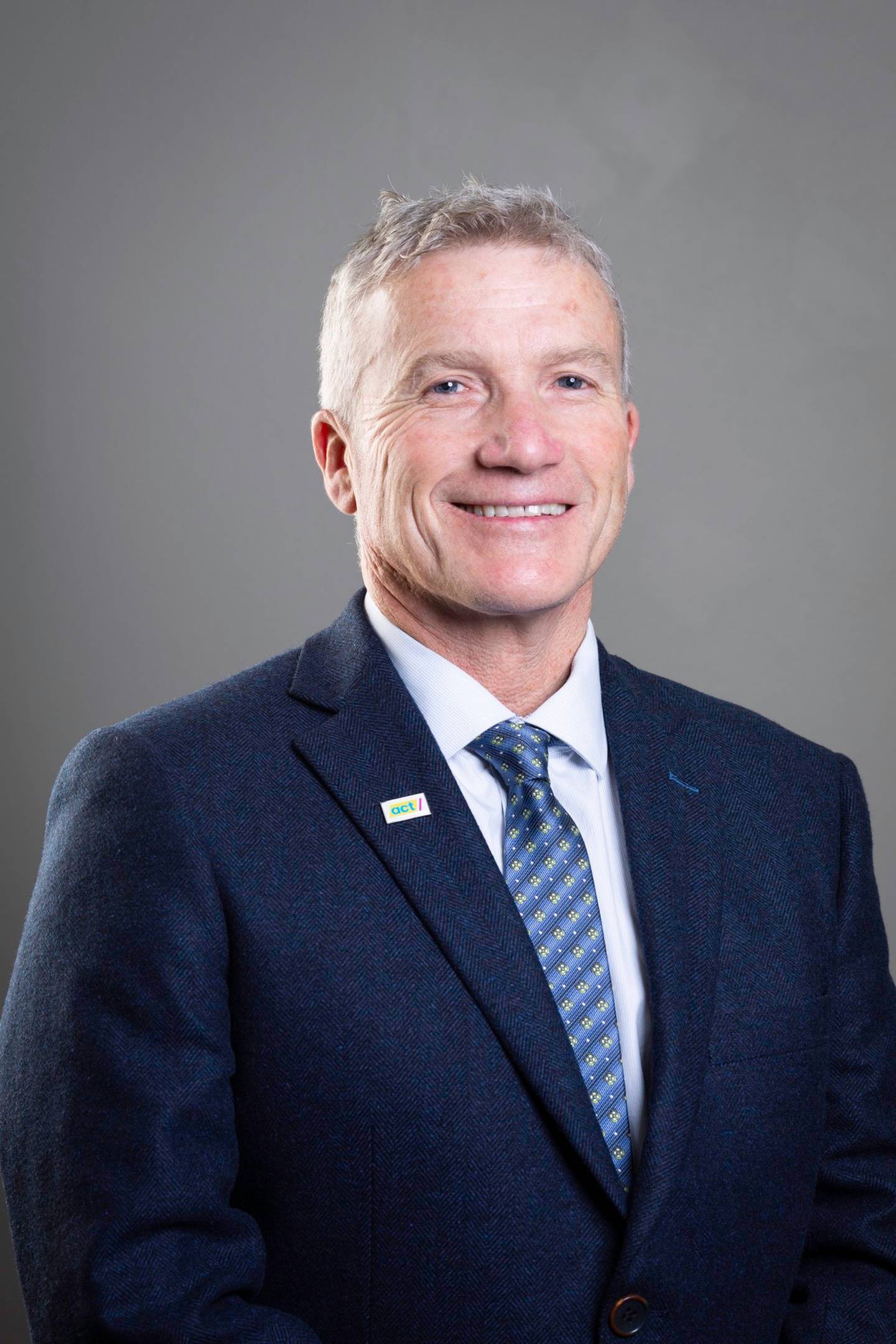 Chris Baillie has had a diverse career, even before standing for Parliament. He's currently a fulltime secondary school teacher, working with special needs children. He also employs 30 people in a bar and restaurant business that also provides accommodation and a function centre. And he spent 14 years as a police officer before retiring a decade ago.

He says his ambition to get into Parliament is a relatively recent one. "It hasn't been a long time ambition, it's probably only the last year I've thought about it. I think we need a sensible focus in Parliament."

As a business owner, he's keen to be an advocate for small business.

"There's so many compliance things that just subtly get added. The personal grievance process is an absolute nightmare.

"The 90-day [employment] trials in my particular business worked really well. I work with disadvantaged kids and through my policing, I've worked with people who struggle to get a job, and taking away [90-day trials] was a real disservice and made it even more of a challenge for the most vulnerable people in our society to try and get a job."

Baillie says he's passionate about education. "I'm a charter school fan, it's the most vulnerable who don't fit in mainstream schooling who have been disadvantaged with the removal of charter schools."

He says his experience as a police officer also gives him an insight into that policy area. "I don't think frontline police get near as much support as they deserve and need."

Baillie is very aware he has plenty to learn about being a MP. "I'm really just focused on getting as many [MPs] as we can and understanding processes and getting comfortable and participating and contributing to the ACT mix."

"[Becoming a MP] is probably something when I first put my hand up, I didn't contemplate would happen, but I am certainly excited about it and really looking forward to the challenge.

"The only bad part that I can think of is, if it happens, I will have to say good-bye to the wonderful kids in my class."

Baillie is standing in Nelson, where he lives. 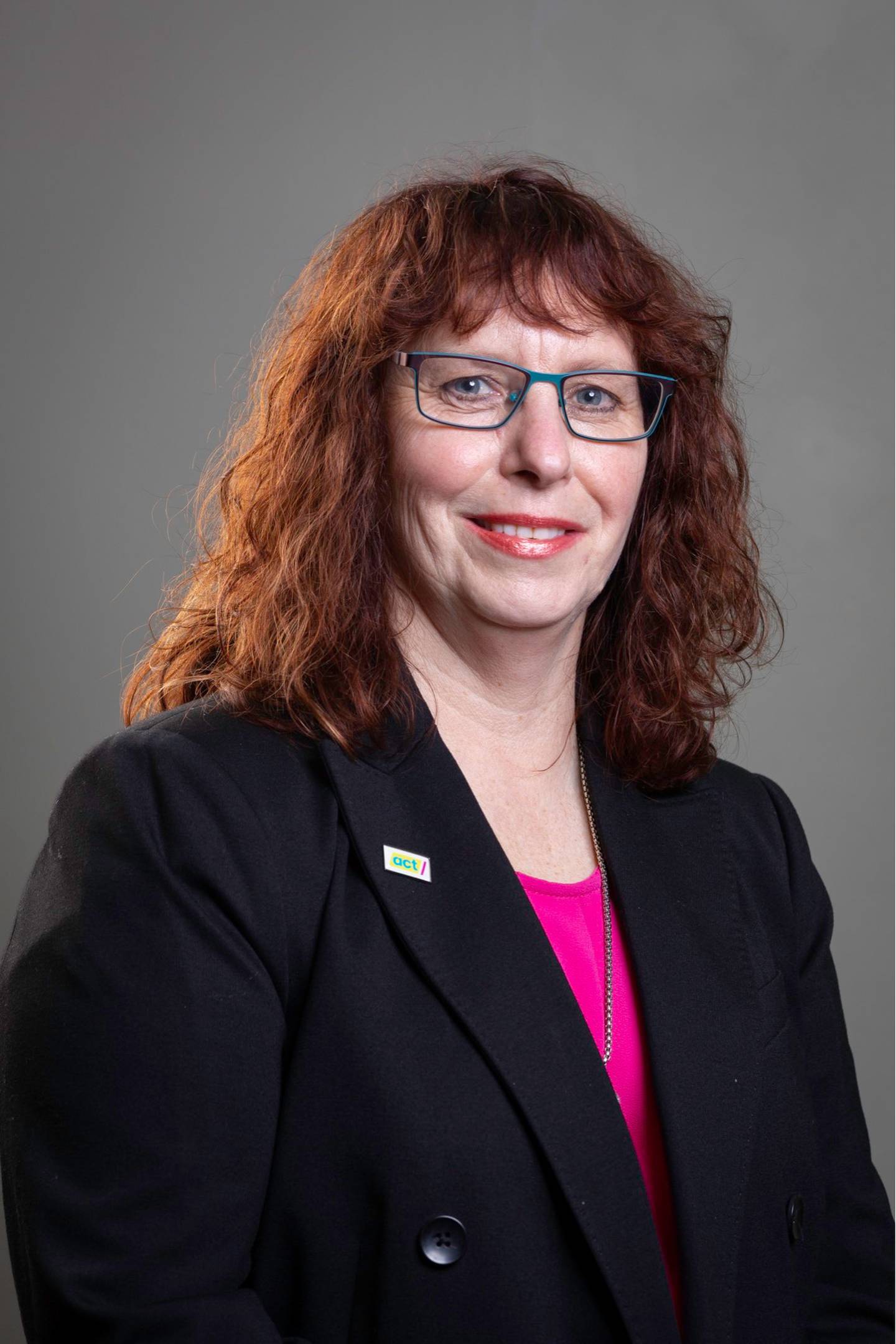 The business owner says the prospect of being in Parliament is quite exciting.

Hailing from the "deep South", she has been involved with Act, including the past five campaigns, and is standing for Christchurch East.

"I'm here as a team player. We all have strengths and weaknesses and whatever happens, happens... we've all got good things and we've all got bad things probably."

Asked what a "bad thing" about her is, she says: "probably I talk too much sometimes".

What about her good things?

She drives a Kia Sportage, is a fan of chips over chocolate, and her guilty secret is she spends "too much time making crafts" - she makes wreaths.

As far as music goes, she likes a mix - "I'm afraid to say a lot of my favourites are the oldies, The Eagles, Fleetwood Mac, I'll throw U2 in there".