A large crowd was an enthusiastic audience for Prime Minister Jacinda Ardern at the University of Otago this afternoon.

Ardern is in the city for a day of campaigning today. 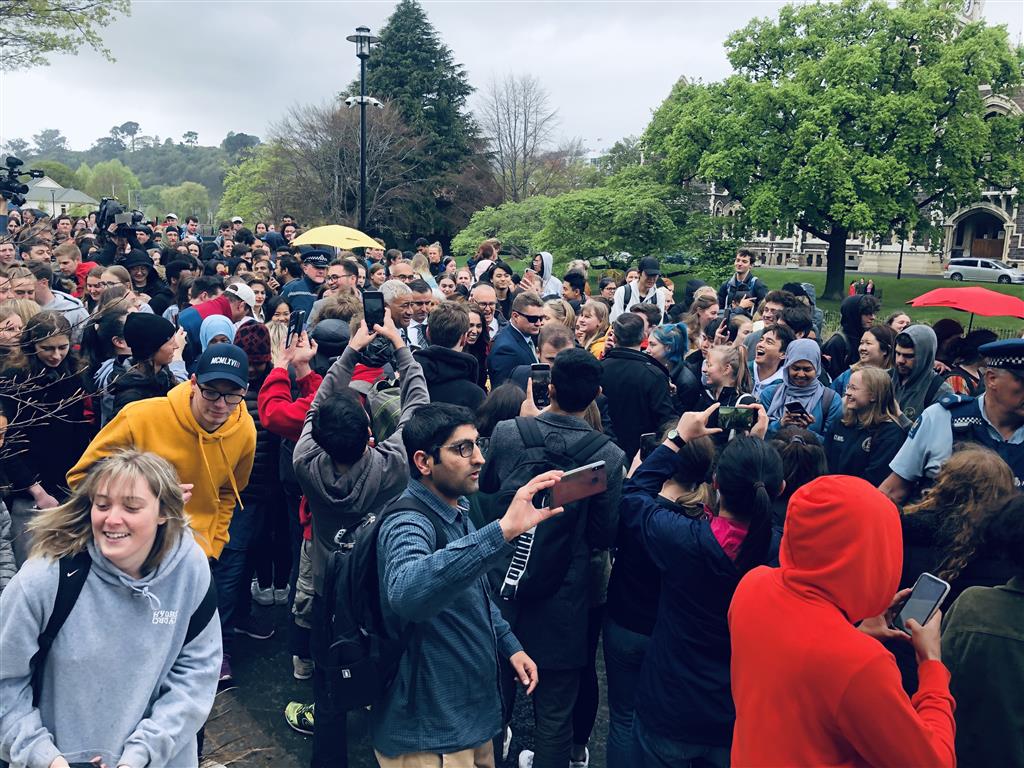 Prime Minister Jacinda Ardern was mobbed by students following her speech at the University of Otago today. Photo: Craig Baxtrer
She started with a visit to precision engineering business United Machinists where she, with several Southern Labour candidates, spent some time talking to staff before heading to the Octagon. 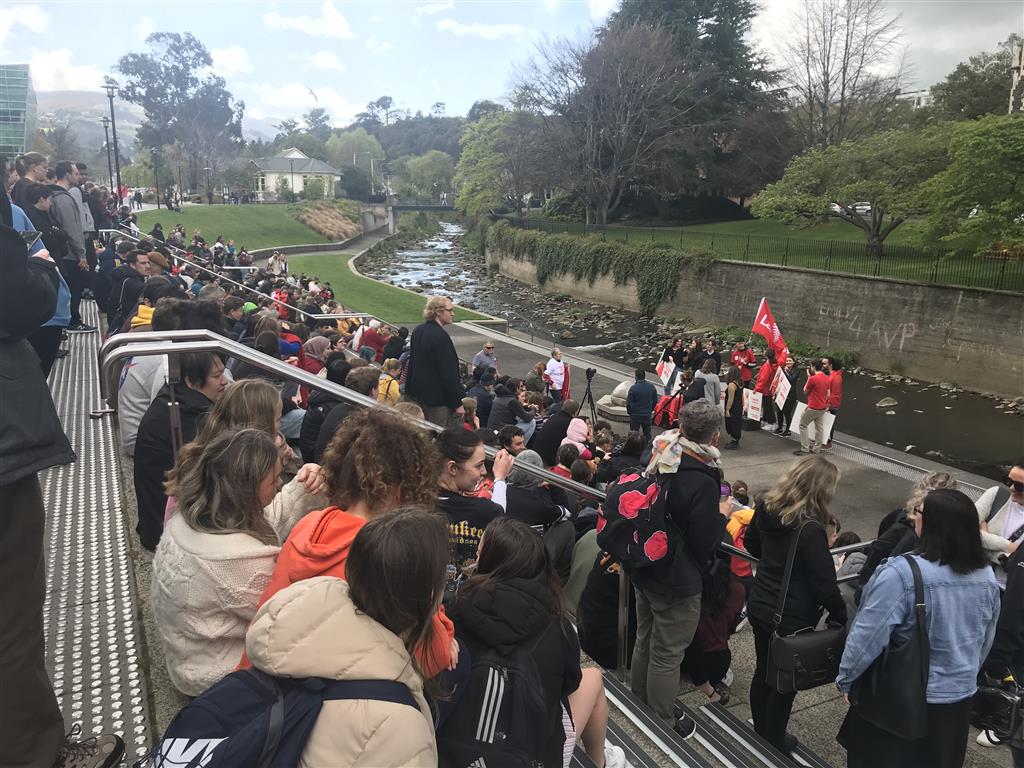 A large crowd gathered at the Univeristy of Otago to listen to the Prime Minister. Photo: Daisy Hudson

At the university the Prime Minister talked about her party's commitment to climate change, and drew applause when she mentioned first year fees free tertiary study.

As soon as she finished her speech, Ardern was mobbed by the crowd. Hundreds of people, mostly students, crowded around the Labour leader as they waited to get selfies. 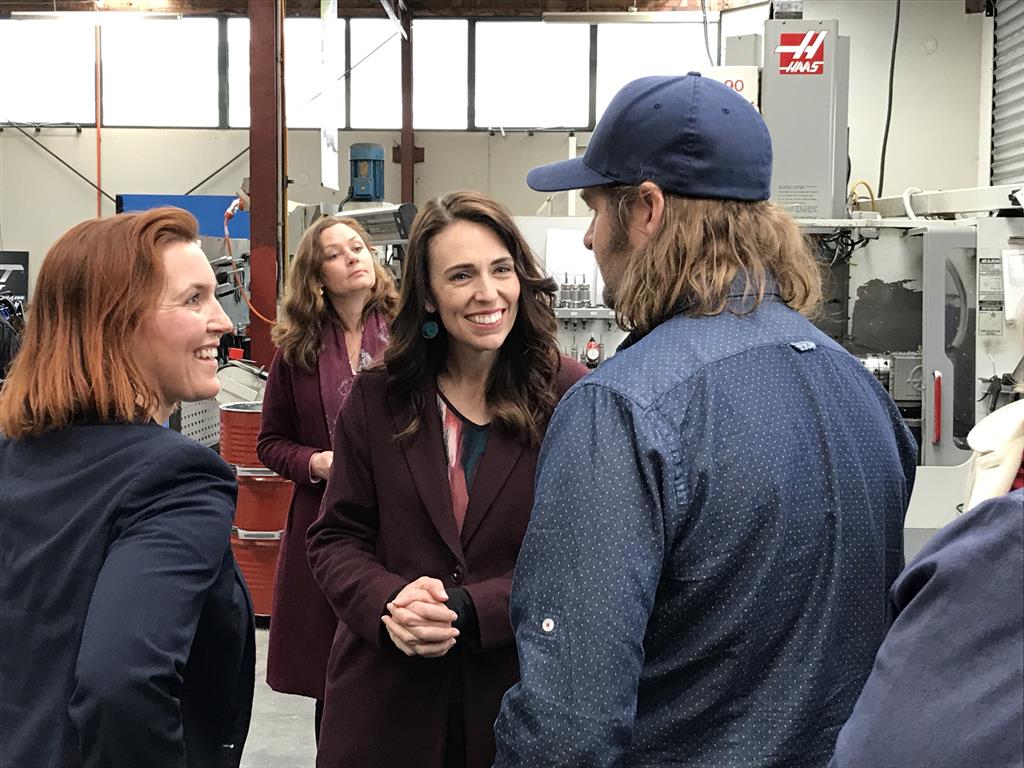 “You really can’t replace getting them in here,” she said.

She also said a lot of work that would have gone offshore was coming to Dunedin due to Covid. 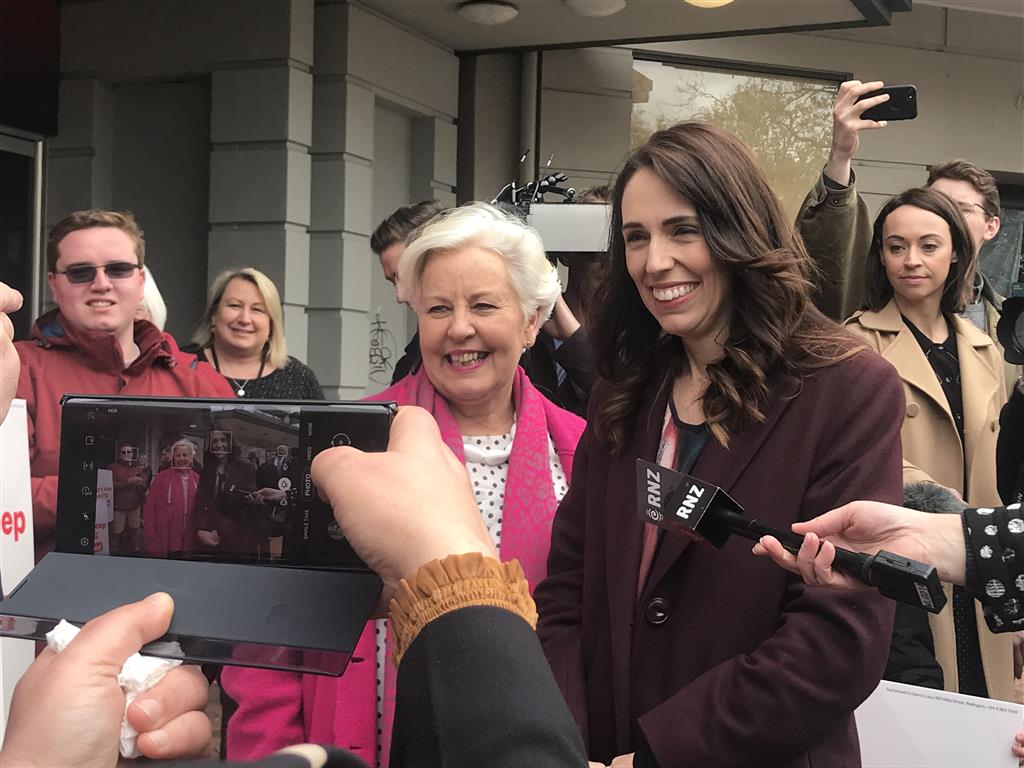 The Prime Minister poses for a photo with Dunedin councillor Christine Garey. Photo: Daisy Hudson
Ardern was then greeted by Labour supporters she arrived to walk around the Octagon.

There were plenty of toots of support as Ardern walked around the city centre, while other supporters yelled out from nearby buildings.

She visited Granny Annie’s sweet shop in George St, where she was gifted a pack of her favourite peaches and cream lollies.

At Hungry Hobos, she continued the time-honoured tradition of grabbing a cheese roll in the South, ordering seven for her and fellow MPs.