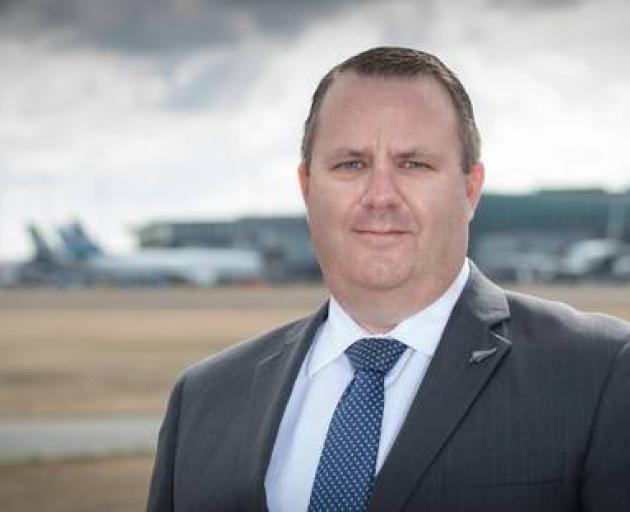 ‘‘It’s pretty clear the number one customer [Air New Zealand] of QAC will change to a new regional location, so that is pretty much the death knell of QAC.’’
And in a statement yesterday Air New Zealand chief operating officer Carrie Hurihanganui did not discount that possibility.

‘‘Current population and growth projections suggest that existing airport infrastructure in Queenstown is insufficient for the long term and will eventually exceed its capacity limits.’’

Acting chairwoman of the QAC board Adrienne Young-Cooper said the board noted ‘‘with interest’’ the Christchurch Airport announcement.

‘‘A greenfield airport development, by its very nature, is a longterm proposition.’’ 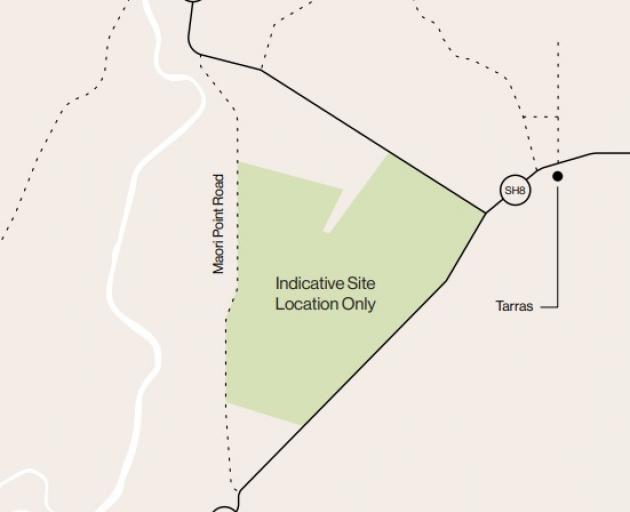 A map showing the location of the new airport by Christchurch Airport. Image supplied
Ms Young-Cooper said the QAC had paused its long-term planning while a spatial plan, including airport development, was completed by the Queenstown Lakes District Council and Government.

The QAC’s proposal to cope with increased demand is to expand noise boundaries at Queenstown Airport and develop Wanaka Airport.

Outlining the Christchurch Airport plan yesterday, chief executive Malcolm Johns said the company had spent $45 million acquiring 750ha of land in the triangle bordered by State Highways 8 and 8A.

The ‘‘current concept’’ was to start with a 2.2km, jet-capable runway, he said.

‘‘Our plan is to build in modules so we can start small and grow to meet any future need.’’

Mr Johns said Christchurch Airport has long seen the potential for a new airport in Central Otago, and he described the site as being close to existing infrastructure and easily accessible for a number of regions.

‘‘It’s topography would enable airlines to use their most sustainable aircraft.’’

‘‘I regard it as a strong vote of confidence in the future recovery and prosperity of our district. ‘‘The proposed runway length is interesting, in that it is close to that required for a wide-body jet service. Some in our community have signalled strongly that they do not want such a development.’’

Mr Boult, who was chief executive of Christchurch Airport from 2009 to 2013, said he knew ‘‘very well’’ buying land was ‘‘only one step in a very long process of developing a greenfield site airport’’.

Mr Johns said the proposal was along-term one and Covid-19 had changed the time frames - although he provided no detail.

Tarras is in the Central Otago district and Mayor Tim Cadogan described the announcement as being made ‘‘suddenly and surprisingly’’.

Mr Cadogan had not had time to work through all the pros and cons and urged the community to find out about the proposal before weighing it up and coming to their own conclusions.

Asked whether it was something that would be dealt with through the usual resource consent process, Mr Cadogan said he would have to wait and see.

The landscape was ‘‘moving under us all the time’’ he said, and cited recent new projects that had ‘‘sidestepped’’ the first stage of the Resource Management Act.