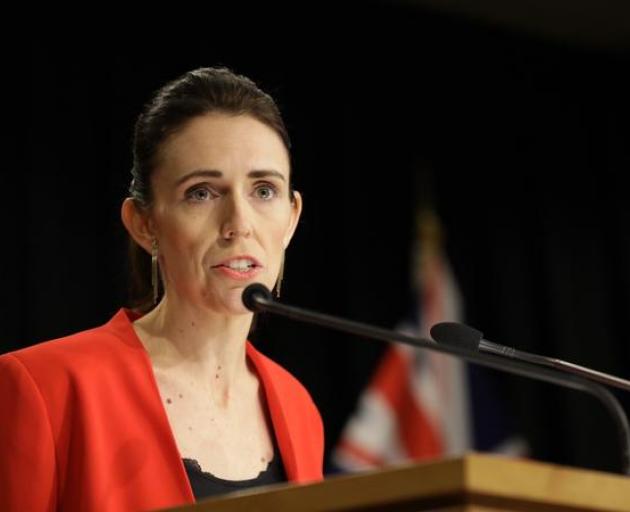 Jacinda Ardern said there are three 'early indicators' which could decide when the lockdown ends . Photo: RNZ
Prime Minister Jacinda Ardern says there will be three "early indicators" which will help guide the Cabinet on whether the lockdown should be lifted in 16 days - and has confirmed the Government was offered the sale of the closed NZ arm of Bauer magazines for $1.

In a wide-ranging interview, Ardern told Mike Hosking on Newstalk ZB today that she understood the Government had been approached to buy Bauer, although not her personally.

Her comments come as Cabinet ministers will today work through what needs to happen for the nationwide lockdown to end in 16 days - and while no decision has been made, the Prime Minister says there are reasons for optimism.

New Zealand seems to have avoided the exponentially tighter grip that Covid-19 has unleashed on other nations, but Ardern was quick yesterday to warn that anyone relaxing their behaviour could jeopardise the progress made so far.

Ardern told Hosking today there were three factors - or early indicators - the Cabinet would be looking at as it started considering whether it could be lifted in 16 days: The rate of cases; the level of community transmission, and the results of extra testing at regional level to give a more localised view.

The 89 new cases in New Zealand yesterday was consistent with the number of new daily cases since the lockdown came into force, and the total of 1039 confirmed or probable cases was 3000 fewer than the predicted number for yesterday, which was provided to the Government on the eve of the lockdown.

But expert epidemiologists say there needs to be more testing data across all regions, socio-economic groups and ethnicities before the lockdown can confidently be lifted.

The 89 new cases in New Zealand yesterday was consistent with the number of new daily cases since the lockdown came into force. Photo: Reuters

Ardern defended the level of Covid testing in New Zealand, saying the positive rate for tests was under 3% - on a par with South Korea. A city like New York, where Covid was running out of control, was at 50% positive testing.

She acknowledged distribution of equipment - including PPE equipment, swabs and tests - had needed to improve, but the country, by and large, had good supply.

"Same issue with flu vaccine, in some places people have run out - we have half a million vaccines... it's about moving them around the country. That means knowing how many every GP and pharmacy have.

"We need to move to war-time footing. I expect these things to be logistically much tighter.

There were 3093 tests processed yesterday, with capacity of up to 6000 tests a day. The Ministry of Health would be rolling out surveillance testing this week - using data to try to target people who were not just presenting for tests.

People coming forward with upper respiratory issues were being tested. Asymptomatic people were not being tested, nor would we want to be, she said.

"We have got over 60 testing stations that should be available at all times.

"Relative to other countries we are doing well... but we can always be better. You shouldn't just randomly test anyone who is asymptomatic." 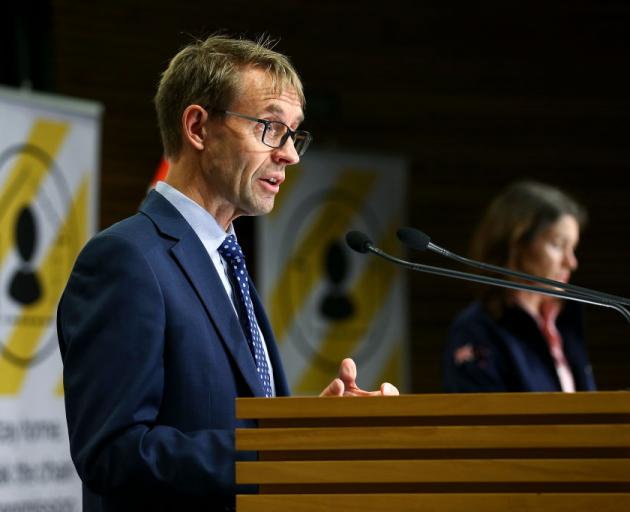 Bloomfield said in the last three-four days - slightly earlier than expected - the flattening off had been seen. Photo: Getty Images

Hope that cases will drop in next few days

That's partly because New Zealand had moved to alert level 4 early, rather than moving slowly toward a lockdown like other countries.

Bloomfield said in the last three-four days - slightly earlier than expected - the flattening off had been seen. In the next few days the hope was there would be a drop in cases.

Officials were looking for that drop this week but it was too early to call whether it would happen.

The Ministry of Health was working with DHBs to make sure that when NZ moved back to alert level 3, important appointments and elective surgery would be carried out.

Hospitals are running at 50-60 per cent capacity - meaning there are about 1000 beds empty. ICU staff are being trained and hospitals getting ready while there are fewer people in hospital.

Contact-tracing needs to be ramped up: Otago doctor

Otago University epidemiologist Professor Michael Baker said the Government had bought itself time by putting the country into lockdown.

"All around the world, once you get on an exponential curve, it's really hard to get off it unless you take very decisive action. And that's what the Government did."

But Baker was waiting for more detailed testing data by region, ethnicity and social groups to ensure the virus wasn't present in areas or among groups that may not have been widely tested.

"The breakdown of where the testing is being done, and by demographic groups and ethnic groups - that's the essential knowledge we need at the moment."

The importance of that data was echoed by Otago University infectious diseases expert Dr Ayesha Verral, who added that contact-tracing needed to be ramped up so 1000 people could be traced per day.

Bloomfield said the Ministry of Health was working on more contact-tracing as well as filling in any black spots in testing data.

Bloomfield said a sign of rising community transmission would be an increase in the proportion of Māori and Pacific cases, but so far those numbers were low; 74 per cent of cases are European, 8.3 per cent Asian, 7.6 per cent Māori and 3.3 per cent Pacific.

The Health Ministry's contact-tracing unit could do about 700 close contact traces a day, but there was still no sign that a bluetooth solution was being looked at - despite researchers saying that manual tracing cannot keep pace with how rapidly the virus can spread.

Unemployment is projected to leap from 4 per cent to well into the double digits. Photo: Getty Images

Yesterday, analyst and economist Rodney Jones, principal at Wigram Capital Advisors, told Q+A that the country had "moved the curve lower" from the predicted 4000 cases at the start of the lockdown period.

"We should think about this as a rugby game. We are playing into the wind in the first half. This match is four weeks long.

"By the time we get to the last two weeks, the wind will be behind us."

Meanwhile, Ardern pushed back on suggestions she should be putting the Government's economic response ahead of the health response.

She said the two were interlinked and the sooner the lockdown could be lifted, the sooner economic activity could start again.

Unemployment is projected to leap from 4 per cent to well into the double digits, and the Government will be hoping that the million-odd workers on the wage subsidy scheme will be able to head straight back to work once the lockdown is over.

"We're not at a point yet where we can see the full impacts of alert level 4."

Govt offered to buy Bauer for $1

Bauer - which owns iconic titles Listener, Woman's Weekly, Woman's Day and others - announced its sudden closure last week, citing its inability to publish and distribute magazines in the Covid lockdown.

Ardern said the Government had wanted the business to take up the wage subsidy scheme for its approximate 250 staff, but indicated wider factors were at play.

"They did talk about whether the Government would buy Bauer. We wanted them to remain open, and we offered the wage subsidy - and they weren't interested.

"I think you would have something to say if we started buying up women's magazines," she told Hosking.

Pushed on why the Government did not buy Bauer for $1, she said: "That's not the role of Government...what we wanted was for that business to continue with the wage subsidy. I don't think they were interested in continuing in New Zealand."