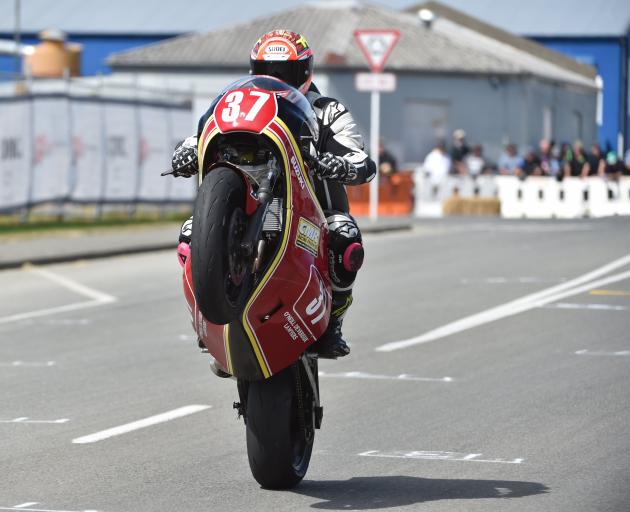 Jay Lawrence, from the Blue Mountains, pops a wheelie at speed on his Suzuki XR96 as he heads for the finish line to win a Formula One race at the Burt Munro Challenge Honda Invercargill Street Races yesterday. PHOTOS: GREGOR RICHARDSON
The final day of the Burt Munro Challenge resulted in the streets of Invercargill being turned into a motorcycle track - ahead of the mass exodus from the city of "bikers" who had come to enjoy the ride.

For yesterday’s final event, the Honda Invercargill Street Races, thousands gathered in the sunshine to watch a range of motorcycles, from those with sidecars, to classics, to the Super Motard and Formula One racers as their riders chicaned their way around Bill Richardson Dr and the surrounding streets.

Yesterday, some friends and staff of businesses around the area took advantage of their upper storeys to watch the racing.

Spectators Aidan Fletcher, of Otautau, and Walter Smith of Hawera, were on a makeshift grandstand made from scaffolding.

The Aitken family of Invercargill have racing in the blood.

Dad Jason, had brought his daughters Holly (10) and Maia (7) to watch the racing. 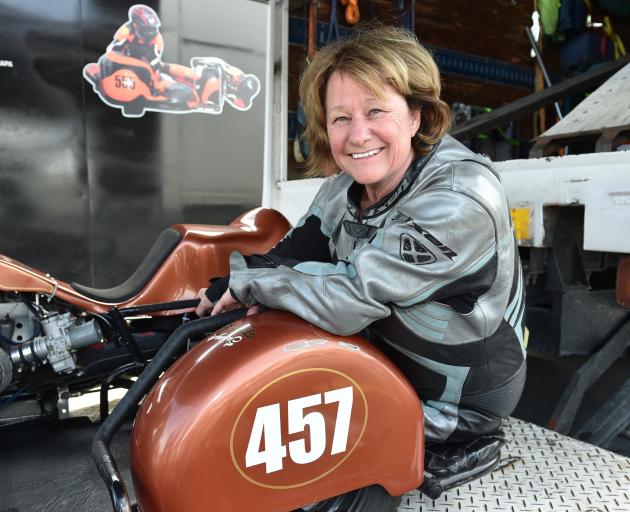 Lynne Herring (57) from Tauranga, took up sidecar racing four years ago as an antidote to growing old. She was having a great time at the races yesterday.
Mr Aitken said that the
girls loved racing and his whole family had enjoyed the sport "their whole lives".

However, Maia was not keen on trying it herself, "in case I fell off", she said. 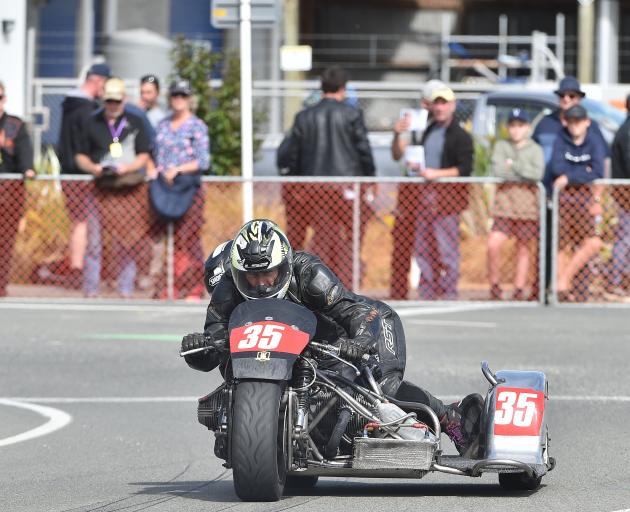 Glen Spencer (rider) and Jan Spencer (swinger) exit a corner on their BMW R90 sidecar.
For older sister Holly, it was the speed she loved most.

Commentator Neil Ritchie, of Palmerston North, who was attending his 15th "Burt", said he loved the five-day event.

Canny spectators watch racing from a shipping container.
"It’s the people, the place, the bikes and the memories of Burt."

Despite a being a staunch North Islander, he had now visited Bluff 17 times but was yet to visit Cape Reinga, he said.

"Because they don’t have a motorcycle race there." 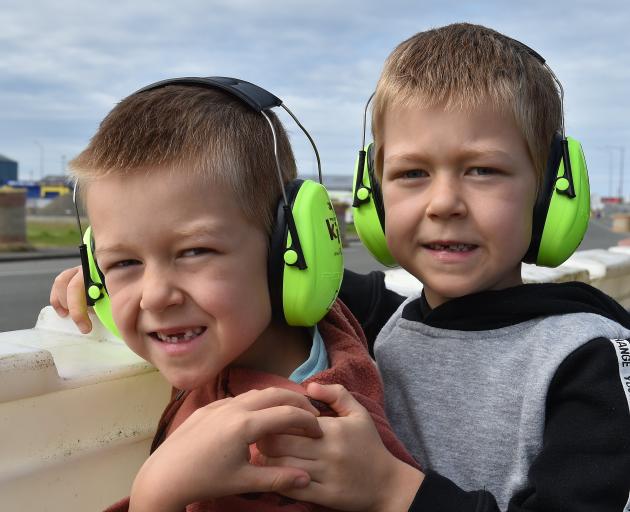 Invercargill twins Erik (left) and Felix Rickertsen (7) wear hearing protection near the start/finish line.
Mr Ritchie had first called a race for Invercargill racer John Crawford, when Mr Crawford was just 8 years old. Yesterday, he was calling him in a race again, albeit 30 years later.

Having commentated at race meetings for 39 years, it meant he was calling races for third generations of family members, he said.

As the day closed, the rumble heard in the city for the past five days quietened as riders left the town — no doubt with new memories and a plan to return again next year.