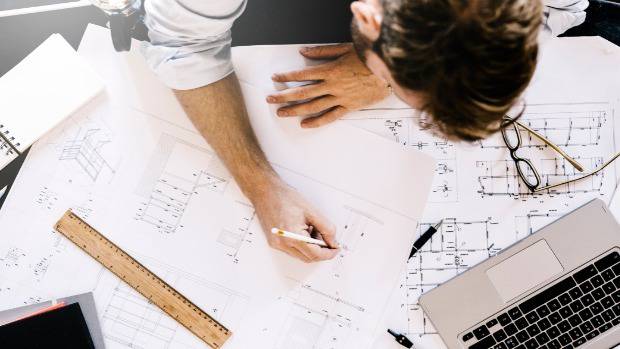 A top architect has lost his job after claiming a project had been put on hold while secretly taking it for himself. Photo / Getty Images

A top architect who told his boss a lucrative project had been put on hold then secretly did the job himself has been found liable of seven employment breaches.

In April 2019 Ignite Architects was asked by Riverside Golf Club to design its new clubhouse at its Lochiel Course in Hamilton.

By April 2020 Ignite's concept design for the clubrooms had been approved by the club but Taylor told his boss the client had put the project on hold.

The Employment Relations Authority heard that in reality Riverside Golf Club approached Taylor and between them, they agreed that he would continue the project privately.

The authority found Taylor, who held the title of director at the company, "took active steps to keep this agreement and his work a secret from Ignite."

He did this by "using his personal email address to send designs and deleting information from his work computer which related to the job."

It was found he worked on the project during company hours and used Ignite's computer systems, programs, confidential information and intellectual property during the design process.

Ignite Architects claimed the private work went against Taylor's individual contract which required him to:

Ignite Architects went to the ERA with the alleged breaches in June this year.

The ERA issued urgent orders that Taylor "must not destroy, conceal or make unavailable any relevant evidence" including by "closing relevant email accounts, destroying computers, devices or wiping their contents."

The authority appointed a forensic IT expert to examine Taylor's computer.

It was found after being served with the proceedings Taylor deleted 18.1 GB of data from his personal computer including documents relating to the case over four days.

The authority found that Taylor, who had worked at Ignite Architects for seven years, had breached his duties and obligations on seven points.

After initially denying any breach the authority stated Taylor "admitted and consented" he breached his duties and obligations to Ignite on the following points.

He failed to declare his personal interest in the Riverside Golf Club Project.

He established and operated a business so he could undertake the Riverside Golf Club Project himself, while employed by Ignite.

He failed to devote his time and attention to the faithful and diligent performance of his duties, instead worked on the Riverside Golf Club Project during work hours.

He failed to disclose to Ignite the Intellectual Property created by him in respect of his work on the Riverside Golf Club Project.

Ignite Architects declined to comment on the case but confirmed Taylor was no longer employed at the company.

The matter before the ERA has been adjourned as parties attempt to reach an agreement in relation to remedies and costs.