A top police officer’s career may no longer be imperilled after he was found not guilty of assaulting his partner.

Judge Kevin Phillips also acquitted the high-ranking cop on a charge of possessing a firearm without a licence when he gave his verdicts this morning following a two-day judge-alone trial at the Dunedin District Court.

The judge granted permanent name suppression and questioned the decision to even bring the case to court.

“I have to say I wonder whether if he was not a police officer there would've been this reaction and this prosecution would've continued,” he said.

“I'm troubled about that.”

The defendant arrived home after a night out drinking with colleagues to find his partner intoxicated.

Her alcoholism, he told the court yesterday, had become a long-standing problem in their relationship.

What happened next was the subject much scrutiny at trial.

The complainant said her partner launched into an aggressive verbal tirade, moved furniture aside and challenged her to a fight.

The woman told the court at trial that she remembered slapping the man, then blacked out.

Her next memory was of speaking to a police officer in the kitchen of her home.

That officer, Constable Courtney Jones, said she noticed swelling to the woman’s eye and lip.

The complainant became visibly upset when describing how her partner punched her.

However, she went to the police station the next day and claimed she had actually hit her face on a table, before later changing her story and saying she had punched herself.

The wild variations in her narrative of the night made her an inherently unreliable witness, defence counsel Anne Stevens QC said.

“Her evidence can only be described as unreliable,” Judge Phillips said.

He agreed the woman's accounts were “entirely inconsistent” but stressed his sadness over her battles with alcoholism.

Her allegation that her partner was the aggressor, the judge said, was contradicted by video taken by the defendant showing the woman ranting and making wild sexual allegations.

The senior police officer at the centre of the case gave a totally different version to his partner.

When the argument became heated, he said, he crouched and covered himself as the woman beat him over the head with her fists.

He told her their relationship was over and that they would share custody of their children, he told the court.

Prosecutor Riki Donnelly in cross-examination asked him whether there was any temptation to retaliate violently.

The defendant said he was “sad” rather than angry.

After being questioned at his home by police, the man was taken to Dunedin Central police station where he was served with a police safety order (barring him from contact with his partner for several days).

The man said he believed it was simply police being “over cautious” when dealing with one of their own.

When he was informed there had been an allegation of assault and his partner had injuries he was stunned.

He told the court it was a “stitch-up” as his partner tried to derail his career.

There was no way he could account for how she received the facial bruising, the defendant told the court.

While police were at his home, they were shown to a .22 rifle locked in a cupboard.

The court heard the firearm belonged to the defendant’s father as he owned the property and had occasionally used the weapon for pest control.

Judge Phillips said the prosecution had to prove there was an intention by the defendant to exercise control over the rifle, and it had not.

The judge congratulated the man on how he had handled the prosecution and noted there were senior colleagues of his in court.

“I’m relieved it’s over and on to the next stage,” the man said outside court following the verdict.

He paid tribute to the work of his counsel. 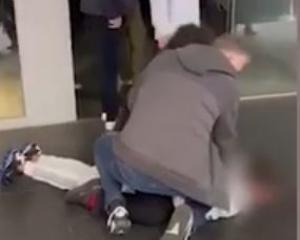 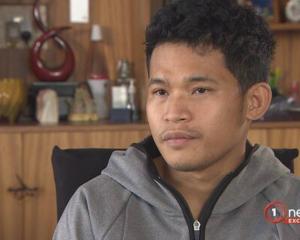