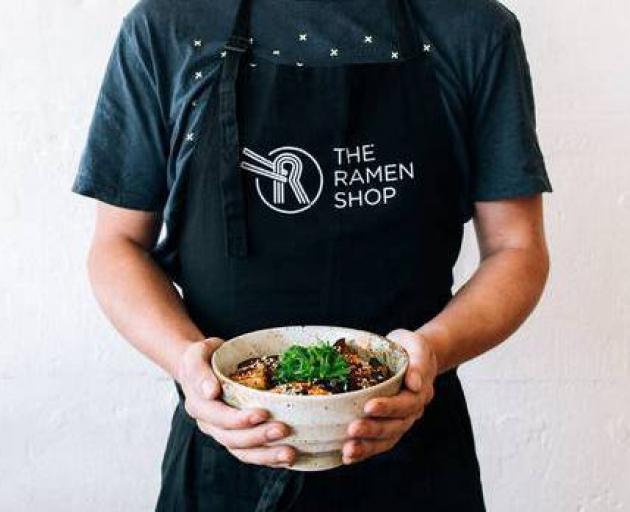 The Ramen Shop posted on its Facebook page saying it has been contacted by Regional Public Health. Photo: Supplied
A Covid-19 case linked to a Wellington noodle restaurant is linked to a Japanese traveller who is one of two people to recently test positive after leaving New Zealand.

The Ministry of Health said in a statement this afternoon it had been informed about two travellers who left New Zealand and later tested positive for Covid-19 overseas.

These cases are being investigated but have not yet been officially confirmed.

One case is a Japanese traveller who left New Zealand on August 8 and transited through Singapore enroute to Japan.

The other case is a Belgian traveller who left New Zealand on August 6 and transited through Singapore enroute to Amsterdam. Both travellers were asymptomatic in New Zealand.

An interview with the cases, now overseas, established that the Japanese traveller spent some time in Wellington prior to departure and visited The Ramen Shop among a number of other places.

These premises are all considered casual contacts of the traveller, they have been contacted and provided with advice as part of the normal contact tracing process.

No further action is required from any of these premises as the risk is considered very low.

The Ramen Shop in Newtown posted the notice on its Facebook page about the same time as today's 1pm press conference started to update daily cases of the virus.

The Herald spoke to a staff member at the shop who said they had been contacted by Regional Public Health.

It is the first known link to the Wellington region.

There are 30 active cases connected to the recent outbreak which originated in South Auckland.

It has now extended to the North Shore and Tokoroa which have confirmed cases.

Members connected to the outbreak have also visited Rotorua, Taupo and Morrinsville.

The Ramen Shop posted on Facebook saying a person who has been diagnosed with Covid-19 dined at The Ramen Shop on August 5 between about 5.30pm and 7pm.

It said the individual was asymptomatic at the time.

"We have chosen to post this out of respect for our team and customers, we believe being open and responsible, following guidelines and expert advice is the way forward.

"We would like to send our best wishes to this individual, we hope you are doing ok, get well soon.

"Thank you for your efforts in contact tracing, you're doing your part to help many people and this deserves our thanks."

A query from the Herald to Regional Public Health asking for confirmation of the information was directed to the Ministry of Health.

Asked about the Facebook post at today's 1pm press conference, Health Minister Chris Hipkins said they were not going to comment on every speculation on social media.

"I've spent quite a bit of time running down allegations yesterday around positive cases in Wellington and none of them were true. So we have got a very consolidates process in place so when we do make announcements here that information is all correct and accurate.