Tyres and cellphones among rubbish pulled from lake 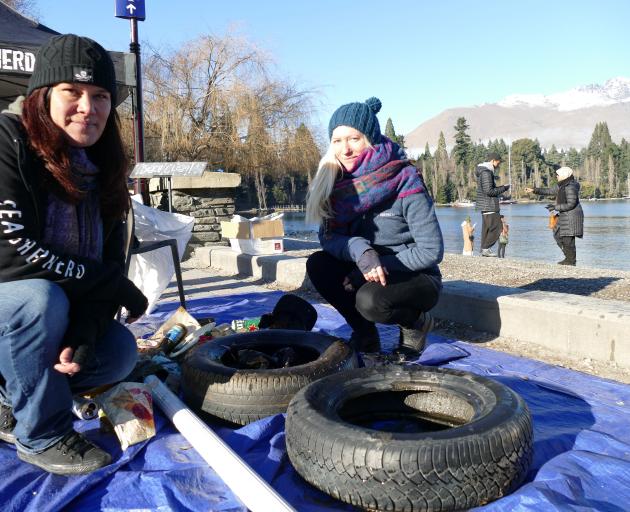 Sea Shepherd Queenstown co-ordinator Jen Matiu (left) and volunteer Katharina Rehberg examine some of the rubbish pulled from Lake Wakatipu and collected from Queenstown Bay yesterday morning during a beach clean-up. PHOTO: TRACEY ROXBURGH
Two tyres, a signpost, a plastic chair and two cellphones were among the rubbish pulled out of Lake Wakatipu within the first half-hour of a beach clean-up in Queenstown yesterday morning. 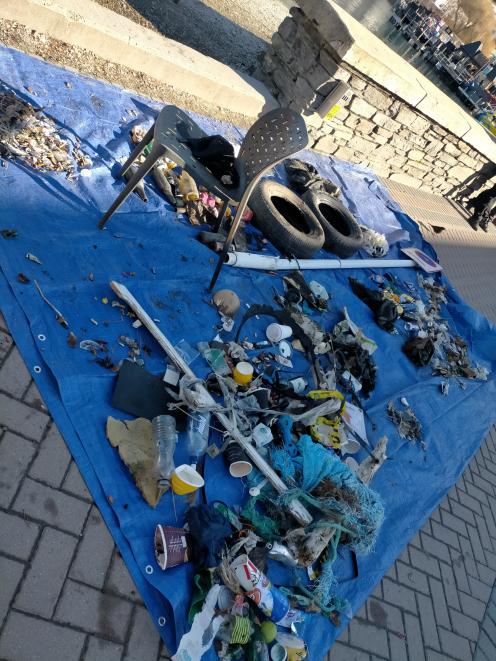 Some of the litter collected from Lake Wakatipu and Queenstown Bay. PHOTO: JEN MATIU
Organised by Sea Shepherd New Zealand in conjunction with Sustainable Queenstown’s "Plastic Free July" event in the resort, up to eight divers braved the negative temperatures, guided by a kayaker and paddle boarder, to haul the items from the lake bed along the shoreline.

Sea Shepherd Queenstown co-ordinator Jen Matiu said a lot less rubbish was found in the commercial boat area this time, but there was still "a lot", including clothing, food wrapping, cans and bottles.

Land volunteers included one family who scoured the entire bay and returned with a big sack full of litter.

Sea Shepherd does beach cleans the first Sunday of every month in Queenstown, from 10am until 2pm, weather dependent, but changed this month’s clean-up to coincide with Sustainable Queenstown’s event, which ran all day yesterday.

It also included a "litter-picking walking bus" along the Frankton Track, from Frankton to Altitude Brewing, and sessions at Nemo Workroom, where participants made their own produce bags to use at supermarkets.