Victim of jet-boat crash a 'lover of life', says partner 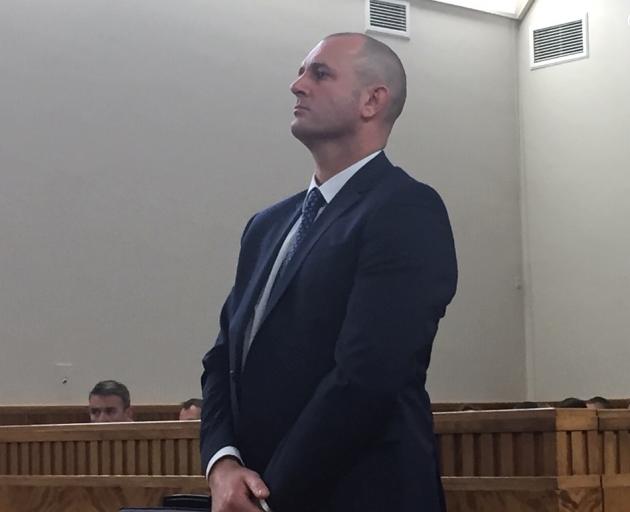 Paul Ernest Turner. Photo: Luisa Girao
Five months after losing her partner in a fatal jet-boat crash on the Hollyford River, Bridget Speight wrote in her diary "I don't feel like being brave anymore."

Ms Speight read a victim impact statement in the Invercargill District Court today, during the sentencing of Paul Ernest Turner (42) in relation to the crash which killed Southland farmer Shane David Gibbons (50) and seriously injured two others in March last year.

Turner previously pleaded guilty after he was charged for breaching the Maritime Transport Act.

The charge sheet read that he was found to have operated the jet boat "in a manner which caused unnecessary danger to other persons".

Today, Turner was sentenced by Judge Russell Walker to pay a fine of $3000 and reparation of $25,000 to be paid to Ms Speight.

The Transport Accident Investigation Commission (TAIC) released a report In June which stated the driver involved in the crash had a blood alcohol level three times the legal driving limit.

TAIC's chief investigator of accidents Aaron Holman said at the time, the accident was made more likely by a combination of insufficient planning, insufficient daylight; and too much speed and alcohol.

"The Commission found it was virtually certain that the accident happened because alcohol consumption impaired the driver’s ability to make good decisions and to operate the jet boat safely."

During an emotional speech today, Ms Speight said Gibbons, who had been her partner for 30 years, was "a lover of life".

She spent months without any understanding of what had really happened on the river.

"There is so much discomfort accompanying the knowledge that someone else might know more than me. I wanted details. What was Shane saying? How much pain he was in?

"It was not until December - unbelievably nine months on - that I finally felt I had help. I was able to talk to one of the first medical responders to the accident."

Ms Speight said after the accident, she was "frequently at the doctors" convinced that her heart was literally going to jump out of her chest.

"I knew something was amiss when the nurse could not make eye contact whilst taking my blood pressure. I was tracking the wrong way."

She also said it was an "ongoing burden" continuing to manage her partner's business and there have been "massive financial consequences".

"I have had an enormous workload. Not time to grieve."