Businesses with a 40 per cent reduction in revenue due to Covid-19 are now eligible for the wage subsidy extension.

The Government today announced it was dropping the bar from 50% would mean 400,000 more businesses could apply.

It's estimated up to 230,000 businesses, employing up to 910,000 workers, are now eligible for the 8-week scheme which starts on June 10 when the previous wage scheme runs out.

That scheme has so far paid out more than $10.9 billion, covering 1.66 million jobs. 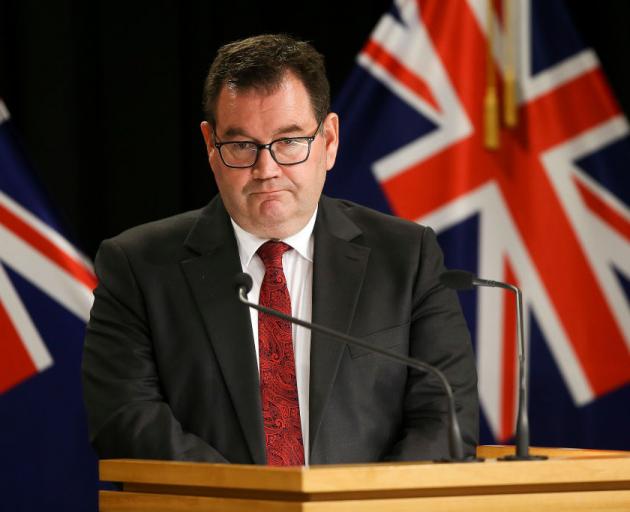 Finance Minister Grant Robertson. Photo: Getty Images
Small businesses will also be given more time to apply for the Small Business Cashflow Loan Scheme, with the application date being extended from 12 June to 24 July.

"While many New Zealanders are now back at work and our economy is one of the most open in the world, there are businesses that will feel the impact of this global pandemic for longer.

"The tourism, retail and hospitality sectors will in particular be supported by the extended wage subsidy and cashflow support."

Minister for Small Business Stuart Nash said many businesses were still planning for the future because the economy had opened up more quickly than expected so needed longer access to the Small Business Cashflow Loan Scheme.

Robertson 'as keen as anyone else' for level 1

New Zealand's economy would be opened up even more within a week, all going well, Robertson said.

Cabinet is set to decide if the country will move to level 1 on Monday.

He said he was "as keen as anyone else" to more to level 1 next week.

But Robertson there might be a need to move up alert levels if there was another outbreak.

Many people were "doing it tough", he said, but he noted that economists' comments in recent days that the economic carnage was not as bad as expected.

There was a flattening off of benefit applications, he said, with 702 applications this week.

On 29 May, the number of Jobseeker Support recipients reached 189,500 - about 6.3 per cent of the estimated working-age population.

Robertson said more than $1 billion has been lent to small businesses through its business loan scheme.

He said he was not considering making the loan scheme permanent "at this stage".