Recordings of the moment a vintage plane crashed at Warbirds over Wanaka have been played in court as the pilot tries to recover costs.

Arthur Dovey escaped unharmed, but a wing on his World War II Yak-3 aircraft was destroyed, after hitting two cherry pickers when landing on grass in 2018.

At the High Court in Wellington today, footage of spectators watching the crash was played.

The commentators first explained that Dovey was making a smooth landing but seconds later gasps from the crowd could be heard, along with a series of bangs, as the vintage plane crashed into the cherry pickers.

A World War 2 Yak 3 fighter plane slides to a halt after hitting a cherry picker on the grass runway at Warbirds over Wanaka on Saturday. Photos: Stephen Jaquiery

One spectator then said "what the hell".

Dovey's lawyer Chris Chapman said in his opening submission today the pilot was not at fault.

"This is an accident caused by systemic failures - and not by pilot error," he said.

He then quoted a Civil Aviation Authority report on the case.

"A text book example of an organisational accident," he said.

Chapman talked about a series of communication mishaps, including that Dovey had radio communicated that he was planning to land on the grass.

The repair bill for the destroyed wing was in the hundreds of thousands of dollars and Dovey wanted to recover those costs from show organisers.

Arthur Dovey's Yak-3 was one of two involved in the opening display, and replaced an F-16 aircraft because of wet weather. 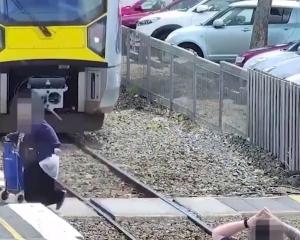 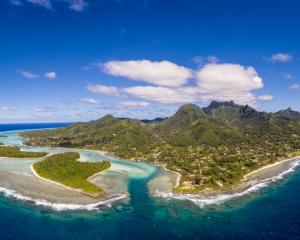 Firefighters video removed due to ‘nature and theme’