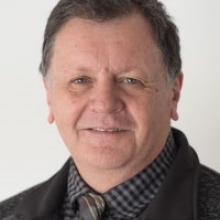 Peter Ewen
The West Coast Regional Council has increased rates by 10% but excluded a planned inflation adjustment of 2.3% as signalled in the long-term plan.
Last year, rates went up 30%.

Faced with an overall 12.3% increase this year, chief executive Heather Mabin told councillors it was not too late to amend the budget and revert "to a true 10%".

"That to me is a public contract."

The council needed to address rising costs, which included compliance costs that were "a Government imposition" and directly affected ratepayers.

"There are some other things there we have got to address. It's never easy to cut costs but it's something we've got to get used to," Cr Ewen said.

As an example, the council should be claiming back from the Government the full costs of formulating the combined district plan for the region, as it was now a national pilot.

"If we roll over and take it, why are we here? I don't mind being the guinea pig (but) it's another version of being set up to fail because the rates are going to be so high."

Cr Debra Magner said the council had to consider the risks in not cost adjusting, with projects and statutory obligations looming.

"It isn't just a matter of saying we can cut (2.3%) out without consequences."

Cr Stuart Challenger said he was mindful of the impact on ratepayers but the council had to meet its obligations.

"My concern is if we didn't have rate rises, and all of a sudden we have to make up for it. We need to cut our costs but we need to make sure we are doing what we're supposed to do."

Cr Ewen asked what the 2.3% would represent in a budget adjustment.

Cr Ewen said that coincidentally represented the lease revenue for the council's Rolleston property (1080 factory), which might be reviewed to help the budget.

Cr Laura Coll-McLaughlin said, like everyone else, the council was at the "sharp end" with inflation.

It needed to budget for the unexpected while weighing the impact on ratepayers but without leaving the council financially vulnerable.