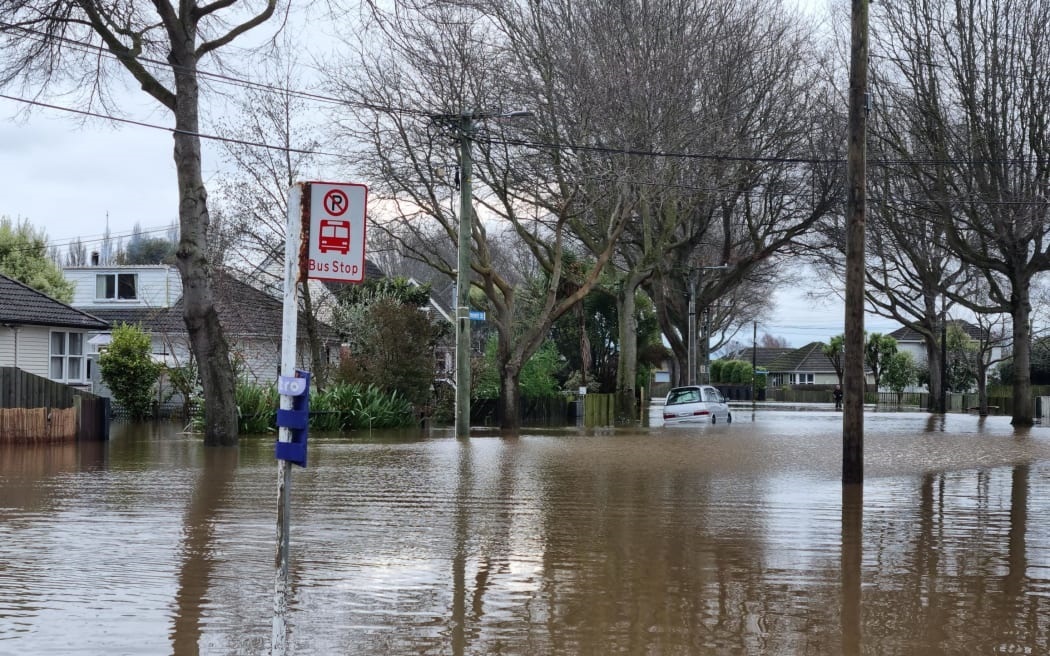 In its monthly summary, the National Institute of Water and Atmospheric Research (NIWA) said from 11-31 July, five separate weather events delivered enough rain to cause flooding around the motu.

The culmination of these frequent rain events led to 20 centres experiencing their wettest July on record and near-record wet months for a further 25 locations.

The vast majority of the country had well above normal rainfall with Wellington and Dunedin experiencing their wettest July on record while Auckland and Hamilton saw their second and third wettest respectively.

The exceptions were coastal parts of Gisborne, Hawke's Bay and northern Wairarapa, which experienced below normal rainfall.

It's official: July 2022 is Christchurch's wettest month on record with 266 mm of rain & counting 📈

🪣 Christchurch has had about 43% of its annual normal rainfall this July! pic.twitter.com/FA3A1usRjc

In Christchurch, it was the wettest month (of any month) on record. The 310mm of rain recorded there was the first time that more than 300mm of rain fell in one month since records began in 1863. It represented about half of the rain the city typically received over the course of a year.

However, it was also warm, especially in the North Island where temperatures were well above average and many centres experienced record or near-record warmth.

Frequent wet weather meant that it was also a cloudy month and this was reflected in warmer than usual overnight temperatures with both the North and South Islands experiencing record or near-record high mean minimum (overnight) temperatures. 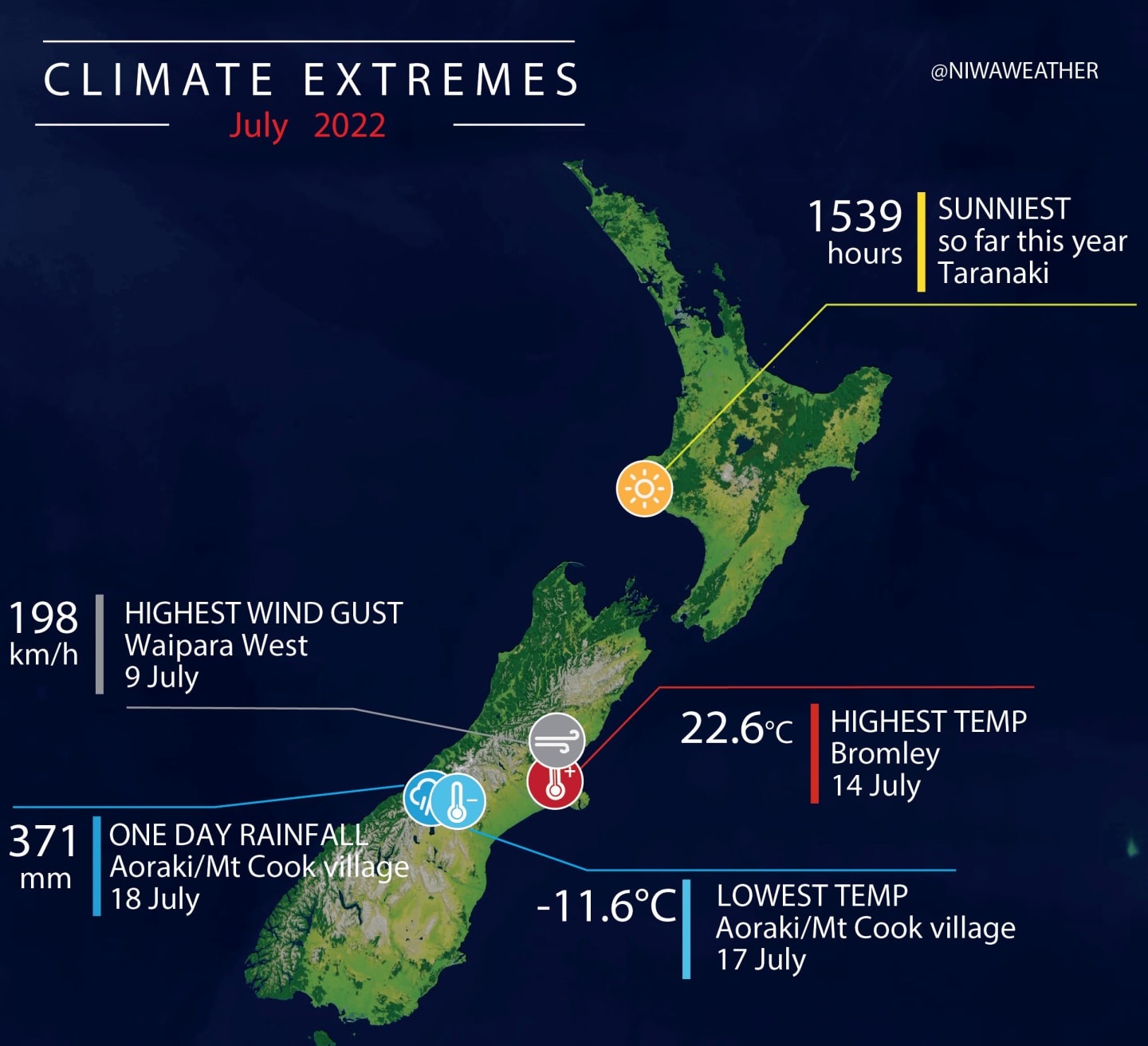 Overall, it was New Zealand's fourth-warmest July on record, with the nationwide average temperature (9.9degC) 1.3degC above average, NIWA said.

Some high elevation weather stations such as Mueller Hut (in Aoraki/Mt Cook National park) in NIWA's snow and ice network recorded snow depths during July that were the largest for the time of year since record keeping began in 2010.

NIWA said the wet, warm weather was the result of an overall air pressure pattern that saw higher than usual pressures to the northeast and southwest of the country and was associated with more northerly quarter air flows (warm and wet airmass origin).

The dominant pressure setup allowed for consecutive low-pressure systems to approach from the northwest which were supplied with flows of tropical moisture from the Coral Sea.

The high pressure to the northeast of the country blocked the lows from moving away quickly and resulted in prolonged rainfall - a contrast to the southerly and south-westerly systems which are more characteristic of New Zealand winters. 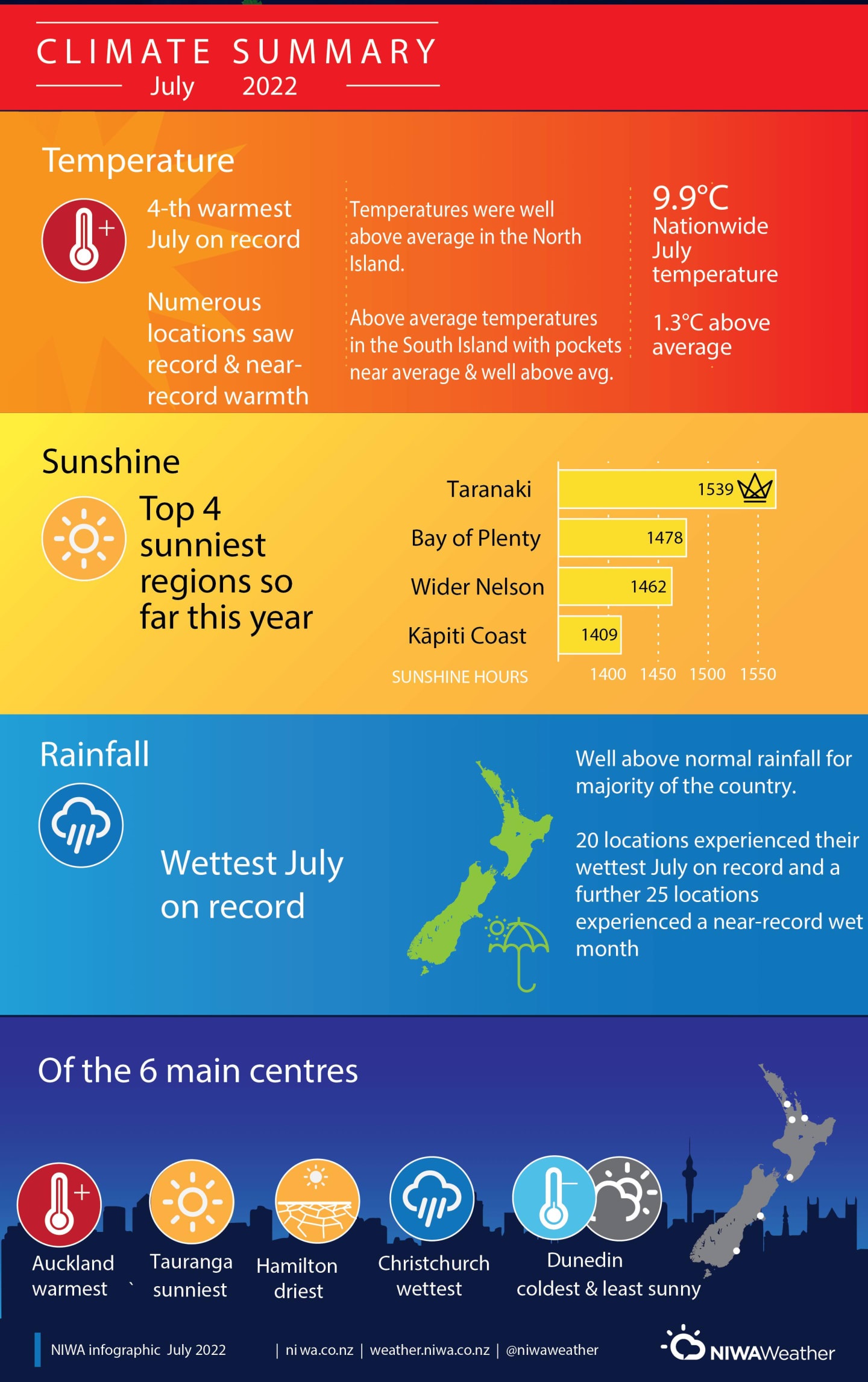 • The highest temperature was 22.6degC, observed at Bromley on 14 July

• The lowest temperature was -11.6degC, observed at Aoraki/Mt Cook Airport on 17 July

• The highest 1-day rainfall was 371mm, recorded at Aoraki/Mt Cook village on 18 July

• The highest wind gust was 198 km/h, observed at Waipara West on 9 July

• Of the six main centres, Auckland was the warmest, Christchurch was the wettest, Hamilton was the driest, Tauranga was the sunniest and Dunedin was the coldest and least sunny