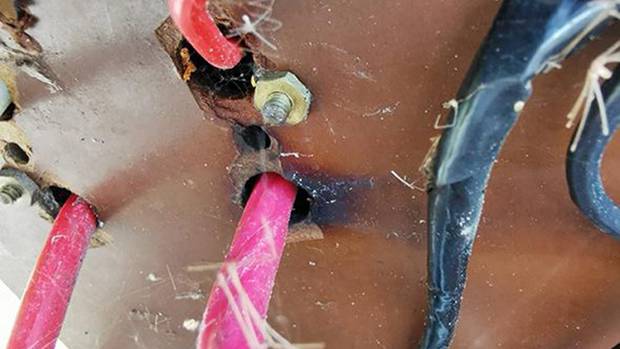 Holes in the wall, soot around electrical switches and holes in the concrete were the only visible signs of the lightning strike at the Lawrence's home. Photo: Supplied via NZ Herald
Liz Lawrence had just finished reassuring her two daughters, aged eight and 12, that there was nothing to be frightened of during a lightning storm on Saturday – then lightning hit their home.

Lawrence, her husband Chris, and their youngest daughter were standing at the French doors overlooking the backyard of their Riverside Drive home, enjoying the spectacle, when there was a huge "smash-crack" sound.

"We all screamed and dropped to the floor. It was horrific. My daughter was crying. Our ears were ringing for the rest of the night and there was a burning electrical smell."

Lightning had just hit the overflow pipe of their hot water cylinder, earthing through the pipes and making a mess of the home's wiring.

It had also hit the concrete area in their backyard.

Lawrence said when it struck, her husband had been just about to walk out the back door on to the deck, about two metres from where a lightning fork took a chunk of concrete out of their patio.

"Chris actually had his hand on the door handle to walk outside."

Metservice recorded almost 500 lightning strikes in the Bay of Plenty over the weekend.

Lawrence said she usually loved lightning storms, but this one was a bit close for comfort.

"In fact, we have to move out because it's not even safe to be here right now." 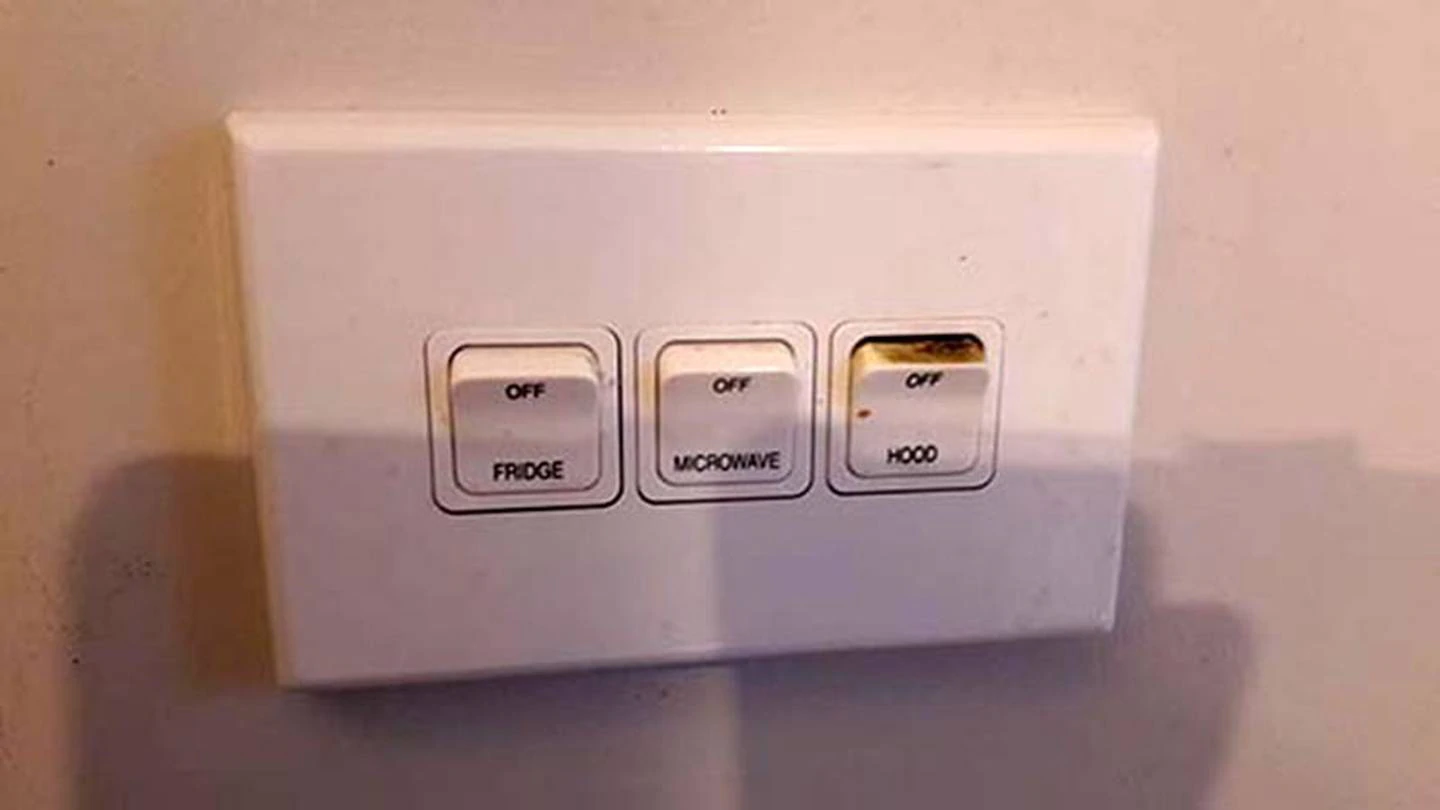 Photo: Supplied
The house needs to be completely rewired. Some of the electronics were still going after the strike, but it is too dangerous to turn anything on so they can't be sure how many of their electrical appliances are damaged.

"The hot water cylinder and one of the heat pumps are definitely not working. But I think we are going to have to have everything that was plugged in at the time replaced.

"We're finding more and more things now, as we go around the property.

"There's a little hole in the concrete in the backyard, where obviously lightning has struck.

"There's little chips in the concrete all the way across the backyard. One of the wires supporting the overflow pipe is broken and there are scorch marks on one of the shade sail poles," she said.

"My daughter was sitting, reading, on my bed afterwards, and she calls out, 'there's a hole in the wall,'. Then it was 'actually, there's two holes in the wall'. They're like bullet holes above our bed.

"I wasn't sure if it was even safe to be here. If it would start a fire, because there was a really strong burning smell. We were told to put a smoke alarm up in the roof cavity just to be on the safe side. But we didn't get much sleep that night, we were so on edge.

"The electrician came back the next day and took the switchboards out to have a look and found them completely black and said, 'nah, you've got to get out, it's not safe'.

"Ark Electrical have been phenomenal and State Insurance has been great. They're even paying for accommodation for our dog.