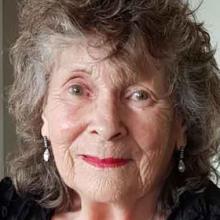 Anne Guenole
Family of the Kaiata woman who on Sunday became the first New Zealander to die from Covid-19, have called on everyone who had contact with her to be tested.

Anne Guenole died in Grey Base Hospital on Sunday morning.

There are two other cases on the West Coast, including a Hokitika man who caught the virus at a Wellington wedding.

Health authorities have not revealed where the third case is centred.

Mrs Guenole’s family said yesterday she had been going about her weekly routine until she fell sick, and they had no idea how she became infected, despite health authorities saying there was an overseas travel link.

She had attended a funeral in Greymouth a fortnight ago, went to the chiropractor, supermarket and visited her neighbours, as usual.

"She must have had it for well over a week," a family member said.

Mrs Guenole, who was widowed seven months ago, had a lung condition and used an inhaler.

She lived on her own and tended her own vegetable garden.

The family member yesterday asked that everyone she had come into contact with her should be tested, for their own peace of mind.

The family praised the nursing care she had received in hospital.

Mrs Guenole had been tested after two days, and the results took four days to come back.

The family hoped to hold a memorial at a later date, once the ban on funerals is lifted.

Director-general of health Dr Ashley Bloomfield said on Sunday Mrs Guenole was initially diagnosed with influenza that was complicated by an underlying health condition, but she returned a positive test for Covid-19 on Saturday morning.

The 21 staff members who treated Mrs Guenole at Greymouth Hospital are now self-isolating and replacements are being brought in from Canterbury.

Those self-isolating are mainly nurses, but also include doctors, phlebotomists and radiologists.

Only last week, the board confirmed it was trying to recruit an extra 12 nurses to run its special Covid-19 ward set up in Parfitt Ward.

"This enabled us to address much of the impact due to some of our staff self-isolating.

"In addition to this, Canterbury DHB is supporting us with five nurses that will support this and cover some specific areas," Mr Wheble said.

Dr Bloomfield said as a result of the initial diagnosis of influenza, there was a period when staff treating the woman were using protective equipment suitable for influenza, but not Covid-19, which includes eye protection. They started wearing the eye protection last Thursday.

A Ministry of Health spokesman said in the wake of Mrs Guenole’s death it had revised its advice and anyone presenting at a hospital with respiratory symptoms would now be considered a potential Covid-19 case and staff must wear full protective gear, including eye protection, throughout their stay.

DHB chief executive David Meates said hospital staff had followed protocols and procedures and did everything they could to help the patient, and to protect themselves.

"We are currently sufficiently resourced to cover the number of staff self-isolating.

"However, we are working closely with our colleagues in Canterbury and the Ministry of Health to help continue to fill some key roles."

Mrs Guenole was admitted to hospital last Wednesday and at first she "did not meet the case definition for Covid-19", Mr Meates said.

The positive result was confirmed on Saturday morning. She was not on a ventilator.

Greymouth Mayor Tania Gibson said the feeling in the community was one of shock, "and a little bit panicked".

The death reinforced just how serious the situation was, and also showed just how important it was for the over-70s to stay at home, Mrs Gibson said.