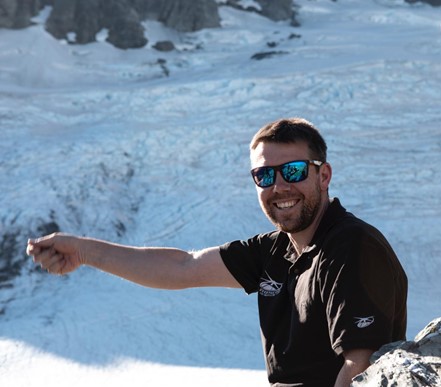 He was Dan Harrison, of Lister Helicopters.

Yesterday Lister Helicopters confirmed one of its machines, a Eurocopter Squirrel AS350, was involved in the crash at Deep Creek, west of Dunedin.

Mr Harrison had also been flying for Queenstown helicopter company Over The Top. Chief executive Louisa Patterson said Mr Harrison was an integral part of the Over The Top team, well respected and loved by crew and clients.

"Dan had a particular flair with our clients, entertaining them whilst exhibiting professional flying – a wonderful ambassador for New Zealand. A good good person, you could not find a better man.

"The world has lost a gem. Our hearts are broken, a very sad time for all. Our thoughts are with the family and his colleagues in the South."

A profile on Over The Top's website said he had been flying helicopters since 2006.

Since then he had worked in Canada and throughout the South Island.

"Dan has been flying for Over The Top since 2012 and has over 3700 hours experience in helicopters. Dan is a B Category instructor, currently on sabbatical until our overseas tourist return. Dan is down south enjoying some agricultural aviation.

"Dan enjoys the outdoors and as such will not only provide you with a safe and knowledgeable experience but will also have fun stories to tell of hunting and jet boating."

He had been awarded a Silver Safety Award from the New Zealand Helicopter Association (NZHA) for more than 10 years continued safe flying.