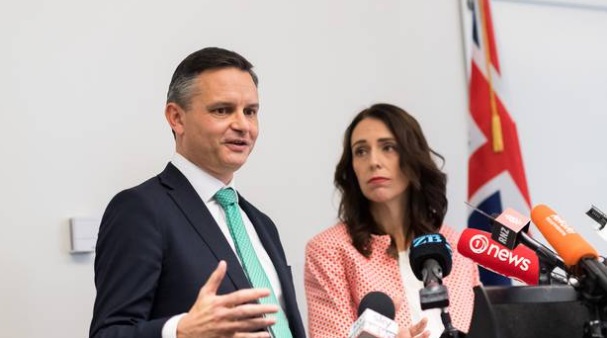 "Compromise shouldn't be a dirty word in politics," he said before announcing to Parliament and the bill's sponsor, Climate Change Minister James Shaw, that National would support it to applause across the House.

Prime Minister Jacinda Ardern thanked National for supporting the bill but took issue with the view that New Zealand should be a fast follower on climate change, rather than a leader.

Proud to announce NZ has just passed historic climate change law to ensure a safe future for our kids and grandkids.

The Bill ensures we are at net zero carbon by 2050 as a country.

We’ve led the world before in nuclear free and votes for women, now we are leading again. 💚 pic.twitter.com/NnI29Oob4q

"I will not allow this country to be a fast follower because we damage our country, our environment and our exporters if we allow that to happen."

The passage of the bill was not in doubt but it had been Shaw's driving ambition to gain bipartisan support in order to stop climate change policy being used as "a political football."

"Some things are too for politics and the biggest of them all is climate change," Shaw said.

The aim of the bill was to elevate climate change policy beyond petty politics and bipartisanship.

Almost no progress had been made on it in 30 years.

"Climate change policy has been a political football, kicked up and down the field and frequently into touch by changes of Government and, in fact, changes within Governments." 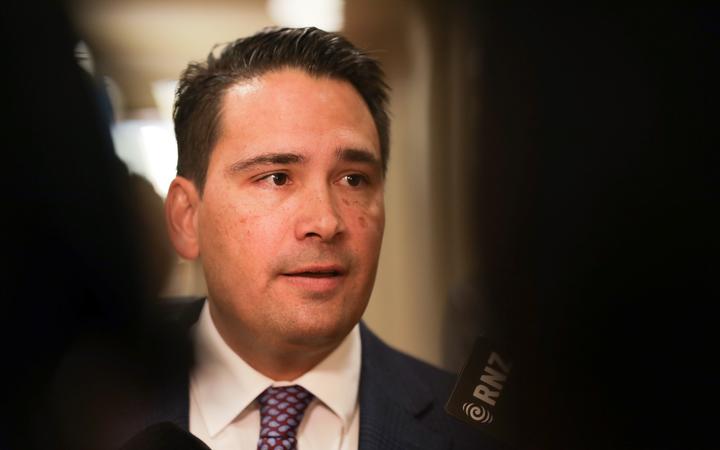 The bill sets up a framework by which New Zealand's policy climate change will be developed in the effort to achieve the target of the 2015 Paris Agreement which was signed by the previous National Government.

That agreement seeks to limit the global average temperature increase to 1.5 degrees Celsius above pre-industrial levels.

It establishes an independent Climate Change Commission which will advise the Government on how to get to those targets and will produce an emissions "budget" every five years saying how many emissions will be allowed in that period.

National has opposed the 24 – 47 per methane reduction target which was put into the bill at the insistence of New Zealand First.

The preferred position of both National – and the Greens and Labour – had been for the Climate Change Commission to set the target.

Bridges criticised New Zealand First for opposing all its amendments on Wednesday, including one getting rid of that target and leaving it up to the Climate change Commission. He said National would amend the bill in its first 100 days.

But Bridges reminded Shaw that he had discretion under the bill and asked him to write to the Climate Change Commission in the coming days to ask it to review that target.

"The 24 to 47 per cent is simply too high. It will punish every day New Zealanders on farms and more broadly around this country."

Bridges also said the bill was not just about farmers, who had been improving their methods for the past 30 years.

"They keep improving…and I have absolutely no doubt they will keep up with that over the next 30 years to stay the best in the game.

"To those in Auckland, Hamilton, Tauranga, Wellington, Christchurch, Dunedin, this isn't all up to our farmers.

"We all need to play our role, townies, city-folk, Gen Y, X and the Boomers."

Ardern said it was an historic moment and that the Parliament was no longer debating global warming but what to do about it.

"I continue to stand by the statement that climate change is the biggest challenge of our time and for us here in Aotearoa New Zealand that means for this generation, this is our nuclear [free] moment.

She thanked National for supporting the bill but disagreed with a suggestion that New Zealand should base its action on what the rest of the world is doing.

"New Zealand will not be a slow follower," she said to applause "because quite frankly we cannot afford to be, not for the environment, nor for our food producers.

"We have the potential here to lead the way and to instil a high value to our products in doing so.

She would not allow the country to be a fast follower.

National's Judith Collins said it was a deeply flawed bill but she would voting for it with the expectation that National Government would amend it.

"New Zealanders don't want to be first and fast and furious – they want to have a fair go."

Many MPs praised former Green MP Kennedy Graham for the role he had played in developing a corss-party group on cliamte change in the previous Parliament and he was in the House for the bill's passage.

Act is the only party in the 120-seat Parliament to oppose the bill. All others, Labour, the Greens, New Zealand First and National supported it.