John MacDonald: Christchurch council flying a flag for the overthinkers and paranoid 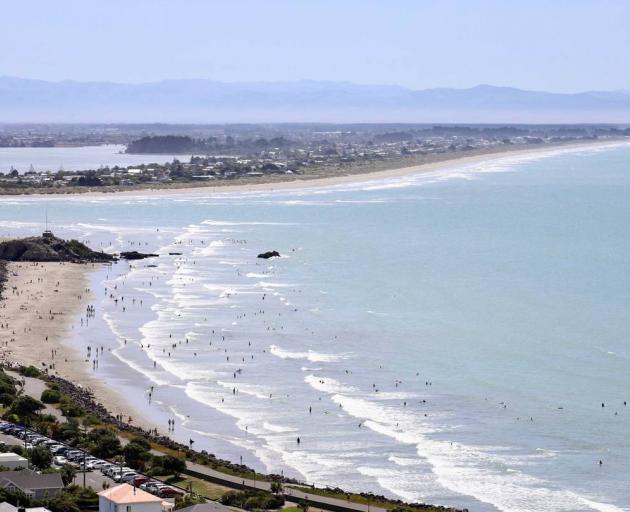 The Christchurch City Council seems to be outdoing itself on an almost daily basis at the moment.

And today, it's flying the flag on behalf of the overthinkers and the paranoid.

Because it has decided that it is not going to install a new flagpole at the civic centre in Sumner because it's worried the locals might offend China by flying insensitive flags.

Which has got the Sumner-Redcliffs Historical Society outraged - especially its secretary Topsy Rule, whose late husband raised and lowered the flag at the Council's Sumner headquarters for more than 40 years.

He died in the mid-1990s. And after he died Topsy - who's 85 now - took over the flag-raising job and did it until around the time the Council building was damaged by the earthquakes.

That building came down and six years after the big quake, in 2017, a new council building was built and opened - it's now known as Matuku Takotako: Sumner Centre. But a new replacement flagpole has never been erected there.

Originally, the council had planned to have a flagpole on the new building and it even said it would give the Sumner-Redcliffs Historical Society a $10,000 grant to do it.

But the money has never shown up and now the council is saying it has no intention to reinstate a flagpole in Sumner because it thinks if a community group is looking after it, it could fly flags that brass-off China.

The focus on China is because Christchurch has sister-city relationships with Wuhan and the Gansu Province. So, the council wants to keep things sweet and not run the risk of the Sumner locals causing an international diplomacy crisis by flying the wrong type of flag.

The wrong type of flag, by the way - according to a council memo - would be the flags of Taiwan, Tibet and West Papua. And that's why the Council thinks it couldn't possibly trust the locals not to cock things up by deciding it might be nice to have one of those flags flying high over Sumner just for a change.

The issues behind the flags are the fact that China doesn't recognise Tibet as a country and so flying the Tibet flag would be frowned upon by Beijing.

And it also thinks Taiwan should be part of China - so, again, it wouldn't be fussed if the Sumner-Redcliffs Historical Society had a rush of blood to the head and ran the Taiwan flag up the flagpole.

"Flagpoles need to be centrally-managed", according to the Council - which is sounding a bit like China itself, don't you think?

"Community groups may wish to fly a particularly sensitive flag, but Council's flag network needs to avoid impacting our city and country's international relationships," someone wrote in a Council memo.

Well, Topsy from the Historical Society isn't having a bar of that.

"It's tripe," she says. And she'll get no argument from me on that one.

She's saying today: "All of a sudden we are not good enough. We are responsible people. Do they think we are going to fly off it or something?"

And she says the only flag the Historical Society wants to fly in Sumner is the New Zealand flag.

Like I say, the city council is just showing itself to be the headquarters of the overthinkers and the paranoid.

And I'm with Topsy and the Sumner-Redcliffs Historical Society on this one. I think Sumner should definitely get its flagpole back and I think the overthinkers at the city council need to find something more important to agonise over.

The Council promised $10,000 and it needs to deliver on that promise. Because these sister-city connections with China were in place well before the earthquakes and were, certainly, in place when the Council originally said it would front up with the money for a new flagpole in Sumner.

And brassing off the powers-that-be in China obviously wasn't a concern back then. So why should it be a concern now?

It is an absolute joke.

As Topsy is saying today - she wants the flagpole back so she can fly the flag at half-mast when the Queen dies. She told the Council that, but it was still no.

She flew the Sumner flag at half-mast back when the September 11 attacks happened and says the community really appreciated it.

And I think everyone would agree that there is nothing more poignant than a flag at half-mast.