John MacDonald: Who wants to live in an octopus's garden?

Flooding in Christchurch on May 30 last year. Photo: Gety Images
OPINION: No one can tell me that the climate isn't changing. Yesterday, it was May 1 and it was around 23 degrees in Christchurch.

Which is brilliant for getting stuff done and getting out and about. But it's also another tiny little piece of evidence that the Earth is getting warmer. So no one can tell me that climate change is fake news.

Now we've got more bad news about the climate and the environment. Courtesy of what's called the SeaRise Project - a five-year initiative involving 30 local and international experts.

This time it's to do with rising sea levels, which are having a double whammy impact here in New Zealand because of the rate the land is falling - and earthquake activity is a major cause of that.

So we've got the sea level going up and the land going down. And when we combine the two, it means more water on the land sooner than we thought. In fact, it means that effectively the sea level is rising at twice the rate the scientists thought it was before now.

They're talking about a rise of 31 centimetres in just eight years in some parts of the country.

One report I've read says Canterbury has the most infrastructure at risk from coastal hazards such as flooding, erosion and rising groundwater, of any province in the country.

Some 25,000 properties, mainly residential and worth about $6.7 billion, could potentially be at risk.

This is something we've had a bit of experience of here in Canterbury over the past 10-or-so years since the earthquakes. There have been all sorts of talk about coastal suburbs like New Brighton, South New Brighton and Southshore facing the prospect of inundation because of how the coastal land dropped after the earthquakes.

A bench sits amongst the flood waters in Christchurch on May 30, 2021. Photo: Getty Images
But it seems to have been something the Christchurch City Council has preferred to pussy-foot around over. Increasingly so, as time has gone on.

Remember all the head-scratching that went on back in 2011 after the big earthquake about why the council had historically allowed building to happen in certain parts of town? Parts of town where things really went pear-shaped after the quakes.

Well, I've been scratching my head recently when I've seen the council still allowing building to go ahead in places like New Brighton and North New Brighton, where those apartments are going up. People were scrambling to buy them a couple of months ago.

There are 37 apartments and the developers had nearly 350 offers in one day!

I asked Christchurch Mayor Lianne Dalziel about this about a month or so ago and she seems quite comfortable with the council giving the go-ahead for building on the coastline.

Since then I've spoken with Dr Bronwyn Hayward from the University of Canterbury, who has written some of the reports that have come out from the Inter-governmental Panel on Climate Change. 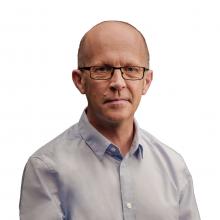 I asked her if she could understand why we're still putting houses in New Brighton and South Brighton - and other areas at just as much risk of inundation - and she said she couldn't understand it at all.

Maybe the fact that the Christchurch City Council is quite happy to issue building consents for that part of town gives people some sense of security.

I'd call it false security - especially in light of this news out today.