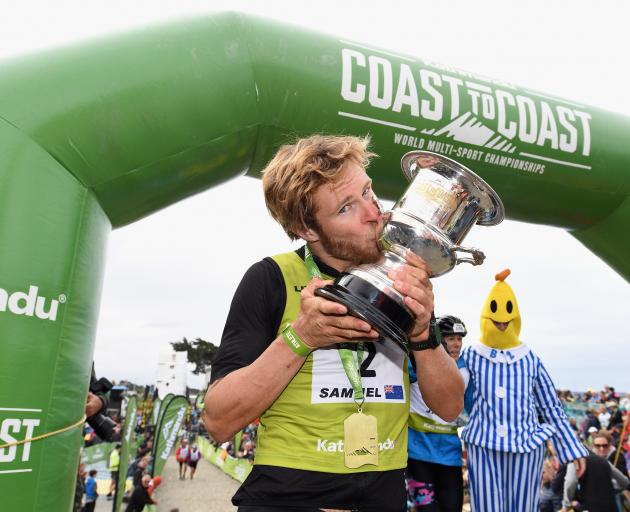 Sam Clark celebrates his win. Photo: Getty Images
Whakatane's Sam Clark returned to the Coast to Coast to win his fourth elite men's Longest Day titles, a title he described as his best yet.

"I left absolutely everything out there. I've never worked that hard in my life for a victory," he said.

"Out of all my victories, yes that's got to be the best. Dougal and I are so evenly matched, we race together, he's one of my best mates, it's just a shame we have to go out there and battle each other like we did today.

"I know how much Dougal wanted it, and to be honest my biggest fear today was that he wanted it more than me. That when it came to crunch time I wouldn't be able to do what I needed to do to get it across the line but I managed it."

Ryan Kiesanowski crossed the tape first at the end of stage one to set a new record of one hour 35 point 28 seconds, before Clark built his lead through the grueling 32-km mountain run, even swimming during the bitterly cold first river crossing of the Otira River.

A disappointed Allan said the conditions couldn't have been worse for him.

"I knew I was going to struggle in the cold and I wore as much as I could but I'm probably better suited to the hot weather."

"He deserved to win the race, I certainly wasn't on my A-game, but the tank is empty, and I think it's a pretty fair reflection of where we are both at." 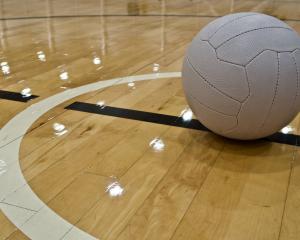