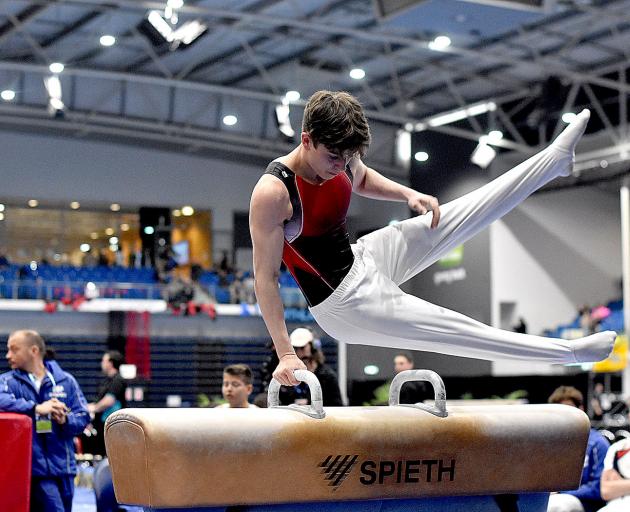 The 16-year-old will join six other gymnasts selected from clubs around the country and is the first male artistic gymnast to represent New Zealand from the newly-established Affinity Gymnastics Academy in Rolleston.

The event will take place from January 31 to February 3 at the Ford Center at The Star in Frisco, home of American football’s Dallas Cowboys.

Finlay competed inthe Gymsports national championships held at Auckland last month where he won a gold medal for the Canterbury team and individual gold medal on the pommel horse, his favourite piece.

“I am thrilled to be given the opportunity to represent New Zealand in America and I’m very busy in the gym with my coach Aaron (Clutterbuck) working on skills development.”

It will be the first time the Lincoln High School year 12 student will compete internationally.

“I’m pretty stoked to be honest.

”My main goal was to do my best at nationals and put myself in the best position for this trip,” Finlay said.

Finlay will compete across all apparatus at the event.

“I like the pommel horse because there is a lot of trial and error.

“I’ll likely do 20 hours a week training, so I just juggle everything else around it.’’

Finlay said he started to compete when he was eight-years-old.

“I enjoy the competitions, the levels and new routines and when you get opportunities like this, it makes the hard work worthwhile.

“We’ll focus on getting a good base of skills across all disciplines and try to build on it from there.’’

Finlay’s father, Ryan, said it would be a couple of levels above where he has competed recently.

He said he has formed a good relationship with new Affinity head coach Aaron Clutterbuck, which he hoped would put him in good shape for the competition.