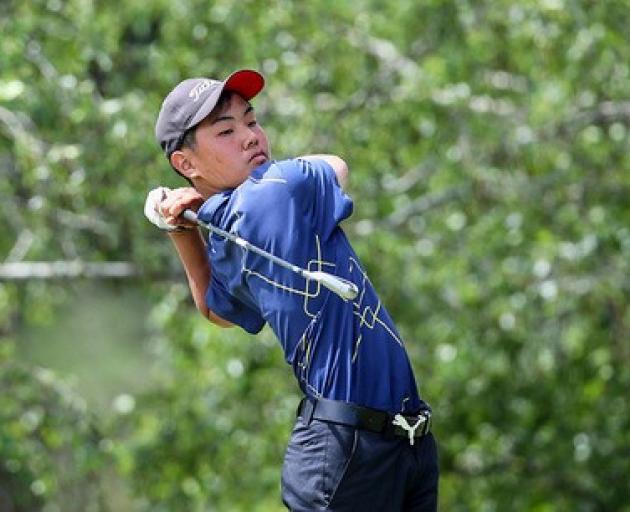 It took 19 holes for the 16-year-old to overcome Jacob Roberts in the all Russley final. Miya found himself two up after 15 holes. However, Roberts won both the 16th and 17th to have the match all square at the 18th tee.

"I was real nervous down 18 because I just lost two in a row, but I just thought to myself play your own game and everything should be fine," said Miya.

On the 18th green both players had birdie putts. Miya putted first from a 15 foot side hill lie but could not convert. Roberts had played a superb pitch that nearly went straight in the hole but he was left with a six foot down-hiller that just slid by.

On to the 19th and both players were on the front edge for two. Miya lagged his putt from 30 feet up to the hole for a gimme, but Roberts left his approach putt three foot short and missed the next putt for Miya to win the championship.

"I feel like my putting has got a lot better this year, I'm trying to keep the confidence up with my putting which is helping," said Miya.

"Knowing I can hole any put is really important."

The championship consisted of 36 hole qualifying on Saturday. The top 16 then advanced to matchplay on Sunday and Monday.

Miya will now hope to do the same when the NZ Amateur Championship begins at Remuera in Auckland tomorrow. The top amateurs from New Zealand and a handful of top Australian's will play 36 holes on Wednesday and Thursday before the top 32 begin matchplay on Friday.

The Burnside High School student has hopes of making it to the top 32 matchplay stage, but admits it will be a challenge at a course he has never played before until a practise round this morning. Two years ago Miya made it to the semi-final of the NZ Amateur at Russley before losing to Tom Parker two and one.

Meanwhile, in the women's section of the Canterbury Matchplay Amy Weng, Hillary O'Connor, and Maddie May were the top qualifiers, and all won through to the semi-finals along with Jasmine Clancy.
Weng was too strong for Clancy winning three and one, while May advanced to the final with a victory over O'Conner on the 19th hole. In the final May was quick out of the gates and built a four up lead early on. She maintained that lead through the turn before prevailing five and four.

The men's masters final between Brett Turner and Robbie Bell was close all the way. Bell had a one-up lead after nine holes, but the match ebbed and flowed with neither player able to get out more than a one-hole lead. Turner took a one up through 16 holes and was able to hold that lead going into 18 where par was enough for the one-up victory.

The men's under 19 grade saw the top two qualifiers Seb May and Yuki Miya meet in the final. May had beaten Cooper Moore in the semi 2 and 1 which included a superb eagle on the 18th hole - their ninth hole. In the final May was strong again, winning four and three.