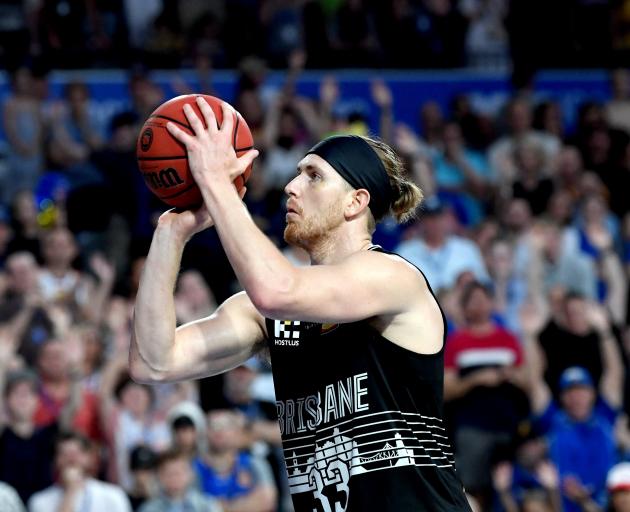 EJ Springer. Photo: Getty Images
The Canterbury Rams have unveiled a second American import for their NBL campaign, pending government approval for franchises to use foreign talent during the Covid-19 pandemic.

EJ Singler, who has NBA pre-season game time with the Toronto Raptors, has previous experience in the NBL with the Hawke’s Bay Hawks in 2019.

The 30-year-old small forward’s form for the Hawks then led to a two-season Australian NBL stint with the Brisbane Bullets while he has also suited up in Estonia, Germany and Greece.

Singler, and American point guard Deshon Taylor, are awaiting Immigration New Zealand approval to join other overseas-born players for the 40th edition of the NBL, which tips off on April 24.

“A player of EJ’s calibre with US college and international experience will not only drive organisation revenues through ticketing and sponsorship, it will also make a significant impact in the community through school and community coaching,” said Rams general manager Caleb Harrison.

The NBL are anxious to gain approval to use imports, with at least 18 Kiwi players unavailable in the early stages of the season because of an overlap with Australia’s NBL.

The regular season across the Tasman ends in May and is followed by the finals series so the NBL wants up to 20 international players to be admitted as ‘critical workers’.

“The value and importance of international players to our teams and the league is undeniable,” said NBL general manager Justin Nelson.

“We don’t usually clash with the Australian competition, but it’s a different world right now. The number of Kiwis in the ANBL is almost the equivalent of two teams’ worth, so that’s another reason why we see the 20 international players as critical workers,” he said.

“This year we also have the Sharks, Saints and Hawks coming back in after their absence in 2020, so locally it will be all hands-on deck. The ANBL clash means the inclusion of international players has never been more important than they are right now.”