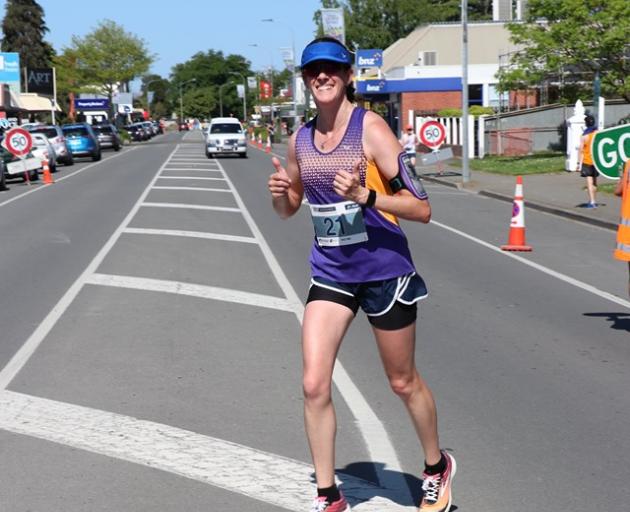 The event, which is run by the Selwyn Sports Trust attracts a 50-50 split of Selwyn runners and competitors from outside the region.

Selwyn Sports Trust chief executive, Mike Wilson said they were happy with the number of entrants despite temperatures exceeding 30 deg C at times.

“Next year will be our 10th year and I feel the even is still extremely popular,” Wilson said.

He said the event continued to walk the fine line between inclusive and competitive event well.

“We feel that everyone is competing in some way, even with it’s just themselves to try to run a certain time.

“We want people to enjoy the day and be active.

John Newson prevailed in the men’s half marathon completing the 21km in 1hr 18min 55sec which was 59sec ahead of Hayden Zervos in second, with Mark Robinson a further 3min back.

Olivia Ritchie won the women’s half marathon in 1hr 24min 58sec which was more than 10min clear of her nearest challenger Jennie Nicholson, with Gail Harvey-Heyward a further 5min back in third.

The half marathon hybrid/walk was won by Daryl Nish in 2hr 38min 1sec.

Albert Marais was more than 20min back in second.

Jenny Harlow won the women’s race in a time of 2hr 14min 7sec, more than 90sec clear of her nearest rival Leigh Davidson.

He was 32sec clear of Nathan Collins with Peter Richards a further 2min back.

Sarah McClure won the women’s race in a time of 45min 52sec.

She was 75sec ahead of Carissa McGregor.