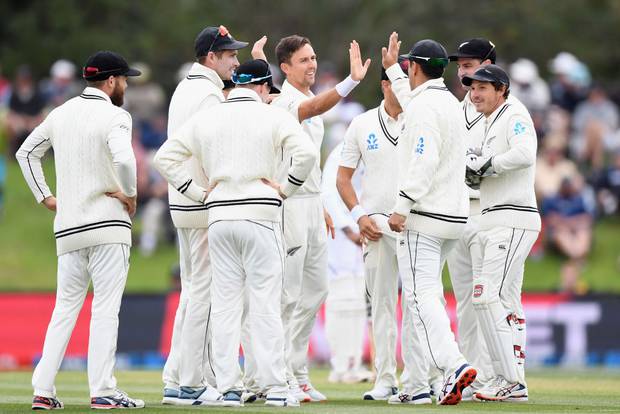 In a result few forecasted, the world's best test side are heading home winless – with the Black Caps' seven-wicket victory in the second test concluding a series in which India have been thoroughly outplayed by a team proving to be unstoppable in their home conditions.

That familiarity – and the return to health of a few key players – has the Black Caps looking a far cry from the side which crumbled in Australia, and the sensationalist doom and gloom following their 5-0 Twenty20 defeat to India looks even sillier now than it did then.

That's what making history does - this is the first time New Zealand have swept a test series against a No 1-ranked side, while it's just the second time they've taken a series victory against the top-ranked team.

That series victory came 39 years ago, also against India in New Zealand, but that series – a win and two draws – pales in comparison to the thrashing the Black Caps just handed out to the world leaders.

This was no rankings quirk, either. Coming into the series, India held a staggering lead atop the world rankings, having claimed seven consecutive crushing test victories. They had beaten Australia in Australia, and lost just one test since 2018. They were the real deal.

Well, at least it seemed they were, until they ran into a side quickly becoming a juggernaut at home.

The Black Caps are now unbeaten in their last 13 home tests – winning nine – and still have not lost at home after winning the toss since 2009. Today's victory sealed a sixth home series win in a row, but there is no doubt that toppling India is a cut above their previous accomplishments.

Those earlier series wins had still left questions hanging over just how good this New Zealand team was. While home victories over England, Bangladesh, Sri Lanka and the West Indies were impressive, the Black Caps had yet to take on the world's best at home, and when they were humbled in Australia, it was fair to question whether their home dominance was a giant mirage. 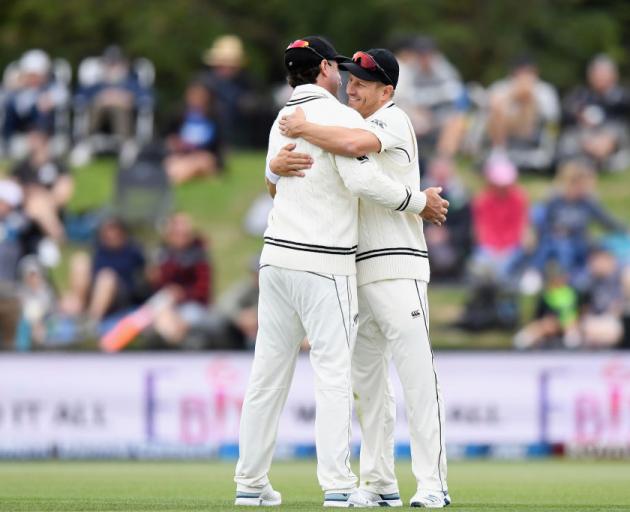 Colin de Grandhomme and Neil Wagner celebrate. Photo: Getty Images
Apparently not, after the Black Caps bowlers again skittled another talented batting lineup. Having overwhelmed India by 10 wickets in Wellington, the Black Caps claimed a seven-wicket win at Hagley Oval in Christchurch, chasing down 132 for victory after India had been dismissed for 124 in their second innings.

Resuming at 90-6, India lasted just 10 overs on the morning of day three, failing to fight back on an admittedly difficult wicket, but one that the Black Caps openers later showed could be tamed with the right application and a bit of luck.

India had neither, with their overnight batsmen – and last chance of salvaging a result – both failing to deliver. Hanuma Vihari lasted another six balls before he was caught down the legside off Tim Southee, before Rishabh Pant's day three resistance consisted of only 13 balls, as Trent Boult sent the wicketkeeper back to the pavilion.

India's tail order was no better, with Boult ending with 4-28 and Southee 3-36, giving their batsmen a chase of 132 to wrap up victory.

Given the Hagley Oval groundstaff had produced a rare pitch for New Zealand conditions – one seemingly getting better for the bowlers as it progressed – the Black Caps batsman still needed to bat well, but Tom Latham and Tom Blundell were up to the task.

There were some nervy moments – Jasprit Bumrah beat the bat and drew edges which dropped short of the slips, while some inside edges turned into scrambled singles thanks to fortunate deflections onto the pads.

However, once they had successfully navigated through to 46-0 at lunch, those nerves had subsided. Latham (52) and Blundell (55) added 103 for the first wicket, and though both departed, as did skipper Kane Williamson (five), they had superbly played their part.

And, when Henry Nicholls played a single to long-on at 3.44pm, the Black Caps had sealed a sensational win within three days, and claimed a historic series triumph.