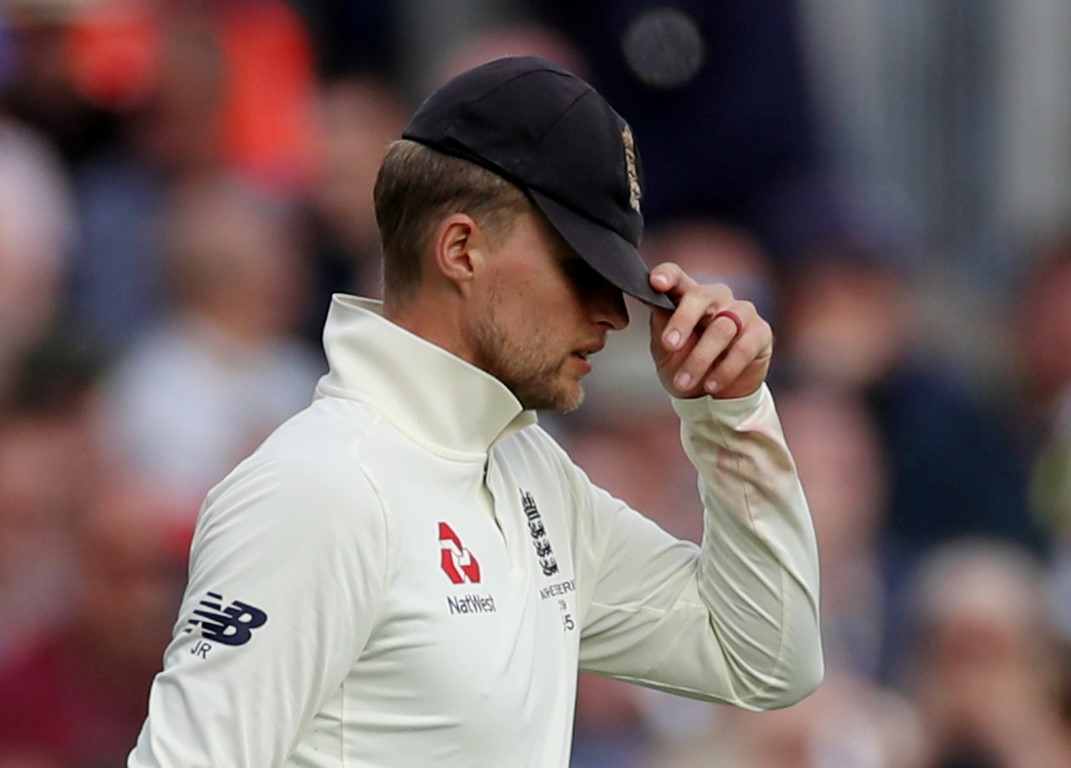 England captain Joe Root. Photo: Reuters
England have named an unchanged 13-man squad for the fifth and final Ashes test against Australia at the Oval which begins on Thursday (local time), the country's cricket board says.

Australia retained the urn after taking an unassailable 2-1 lead following their 185-run win in the fourth test at Old Trafford on Sunday.

England are now looking to avoid their first series defeat at home to the visitors since 2001 when they lost 4-1 to an Australian side led by Steve Waugh.

The match will be England head coach Trevor Bayliss' final game in charge as his contract ends this month. The Australian had confirmed in July he would step down regardless of the outcome of the Ashes.

England's batsmen struggled to impose themselves at Old Trafford, with only three scoring half-centuries, and former fast bowler Bob Willis said Jason Roy should be dropped for the final test after a string of failures.

Roy, who made his test debut in July, has scored 110 runs in eight innings with a top score of 28. He was demoted down the order in the fourth test to avoid facing the new ball but was castled in both innings for 22 and 31 respectively.

"Jason Roy is not a test match batsman," Willis told Sky Sports. "His last three dismissals have all been exactly the same.

"Good batsman don't get bowled out with stumps flying everywhere. I would drop Roy, he's not a test match batsman... Ben Stokes can bat at number four if needs be."

All-rounder Stokes is the only English batsman to average over 50 in the series with 354 runs in four matches.

England skipper Joe Root has three half-centuries to his name but also three ducks, and former opening batsman Geoffrey Boycott questioned whether the captaincy has affected his batting in the series.

However, the 28-year-old was adamant he was the right man to lead the side despite failing to win an Ashes series for the second time after he also oversaw a 4-0 defeat Down Under in 2017-18.

Willis also wanted to see the more experienced Chris Woakes back in the side to replace Craig Overton who picked up only two wickets at Old Trafford.

"He's in the side as a bowler and he didn't look threatening," Willis added. "I'm not sure why he got the nod over Woakes. I expect Woakes to come back at the Oval."