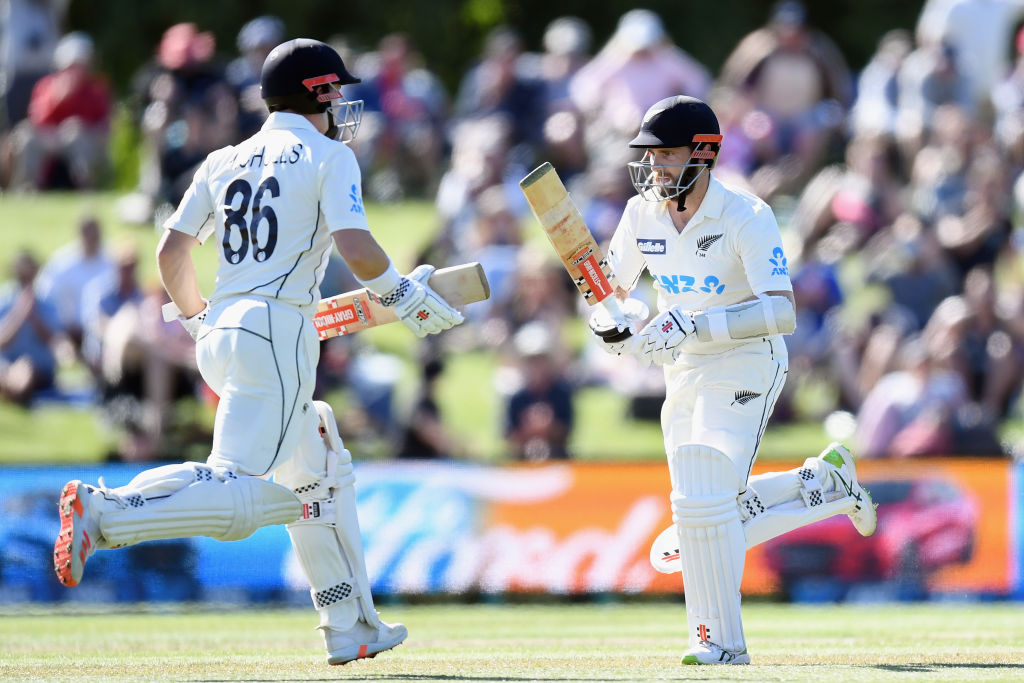 Early into the second session on day three at Christchurch's Hagley Oval, the Black Caps were on 447 for 4, in reply to the visitors' first innings total of 297.

Test cricket moments! Pakistan players acknowledging @HenryNicholls27 after his innings of 157 at Hagley Oval. The partnership of 369 runs between Kane Williamson and Henry Nicholls is the 3rd highest for New Zealand in Tests. Follow play LIVE in NZ on @sparknzsport #NZvPAK pic.twitter.com/Hq10eh5oxf

Williamson was on 177 not out, in sight of another double-century, and Nicholls had just been sent back, caught by Naseem Shah off the bowling of Mohammad Abbas, for 157.

The pair had put on 369 for the fourth wicket, New Zealand's third-biggest partnership in tests.

Wicketkeeper BJ Watling was with his skipper on 3no, but rain had halted play and covers were on the pitch.

There were other milestones for the Black Caps skipper in this innings.

Yesterday Williamson brought up his 24th test century, increasing his New Zealand "lead" over Ross Taylor by five, and joining Sir Viv Richards, Greg Chappell, Mohammad Yousuf and David Warner, all of whom have taken more innings to reach that number.

It turns out he was only getting warmed up.

At 120 he went past the mythical 6996 test runs scored by Aussie legend Sir Donald Bradman. There are standards set by Bradman that will never be surpassed, such as his 99.94 average and his scoring a century 36.2 per cent of the time he strode to the crease, but it's nice to give a nod to the greatest as you pass his aggregate.

Achieving it in his 144th innings means only 12 batsmen in the history of the game did it quicker. 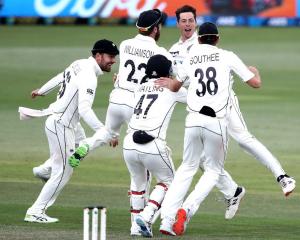