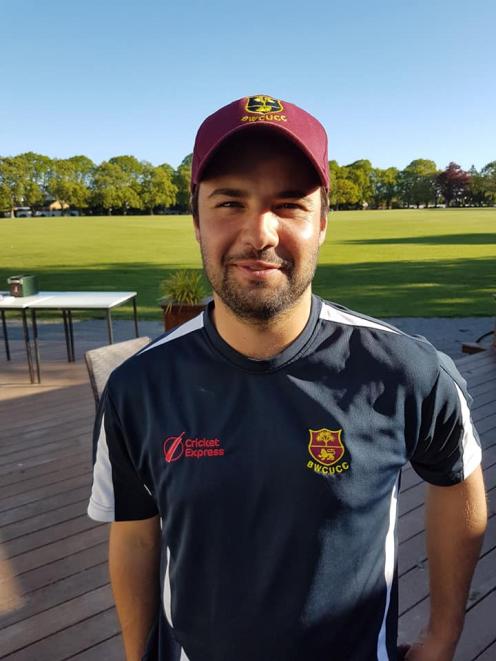 Sam Carlaw took five wickets without conceding a run. Photo: Supplied
Left-arm spinner Sam Carlaw achieved the perfect five-wicket bag by not conceding a single run during a miraculous display for his Christchurch club side.

The Burnside West Christchurch University bowler needed just 20 deliveries to achieve the feat in the first innings of the premier metro two-day trophy match against Lancaster Park on Saturday.

After being brought onto bowl with Lancaster Park on 71/5, Carlaw took the last five wickets himself to bowl out Lancaster Park 94. The 27-year-old took his final two wickets with consecutive deliveries.

“It’s definitely my best display in terms of economy rate that’s for sure.”

Christchurch Metro Cricket general manager Mike Harvey could not confirm if a five-wicket bag without conceding a run had been accomplished in the competition before, but he said Carlaw would certainly be part of an extremely rare group.

In the long history of international cricket, no player has ever taken five-wickets without conceding a run.

After the impressive bowling display, Carlaw contributed 28 not-out with the bat before his side declared at 270/7.

He then took one wicket in the second innings. Lancaster Park will resume at 74/6 on Saturday, trailing Burnside West by 102 runs.

For the past decade, Carlaw has been a prominent player in South Canterbury. However, this season he made the decision to play in the Christchurch premier competition to go up against higher level players. Each Saturday, the Timaru school teacher drives to Christchurch to play before returning home in the evening.

“I’ve got a young family in Timaru so I normally turn on my heel pretty quickly most Saturdays and get back, but I did stay up for a few beers on Saturday night,” he said.