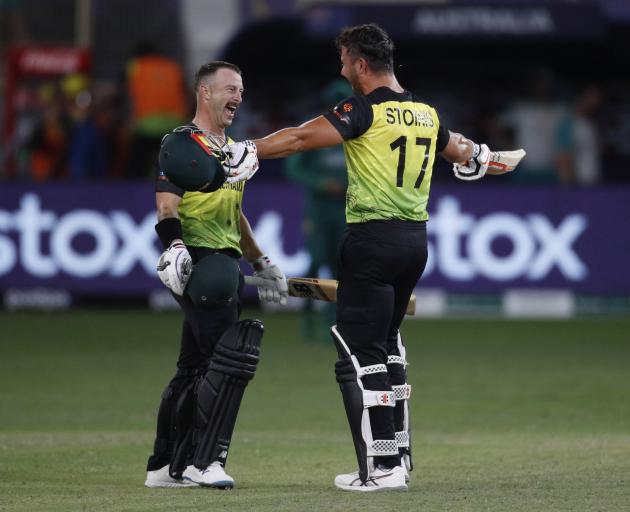 Matthew Wade smacked three sixes in a row to clinch a see-saw chase as Australia beat Pakistan by five wickets in a dramatic game  to reach the Twenty20 World Cup final.

Chasing 177 for victory, Australia needed 22 runs from the last two overs and Wade got a reprieve when Hasan Ali dropped him off Shaheen Afridi in the penultimate one.

Wade sent the next three balls from Afridi soaring over the ropes and Australia reached their target with one over to spare.

"It was a great game of cricket," Australia captain Aaron Finch said after his team booked a place in Sunday's final against New Zealand and stayed on course to win the only major global trophy that has eluded them.

"The way Matthew Wade held his nerve was outstanding, that partnership with Marcus Stoinis was crucial."

Wade's 41 not out from 17 balls included four sixes and Stoinis finished unbeaten on 40.

Put in to bat, Pakistan got off to a strong start with Rizwan (67) and skipper Babar Azam (39) forging a 71-run partnership for the opening wicket.

Fakhar provided the late charge for the 2009 champions with an unbeaten 55 off 32 balls.

Afridi's left-arm swing has troubled the best in the tournament and Finch became his latest victim when Australia began their chase.

Afridi trapped Finch lbw for a duck to give Pakistan a dream start with the ball.

The spinner dealt a body blow when he had Warner caught behind even though replays did not show any edge and the Australian batsman did not review the decision.

Steve Smith and Glenn Maxwell failed but Stoinis kept Australia in the hunt with his fluent knock.

Wade initially struggled to middle the ball and was lucky when Ali dropped him at deep midwicket.

He then produced a scoop shot, a full-blooded pull and another scoop, each of them going for six to silence the pre-dominantly Pakistan fans in the stands.

"If we had taken that catch, it might have made the difference," Babar said.

"But the way we played this tournament, the way we gelled, I'm very satisfied as a captain."

Pakistan had stormed into the last four as the only team with a perfect record in the group stage. 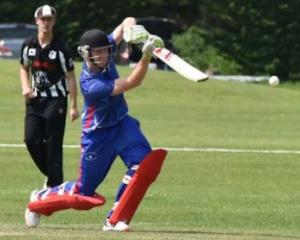