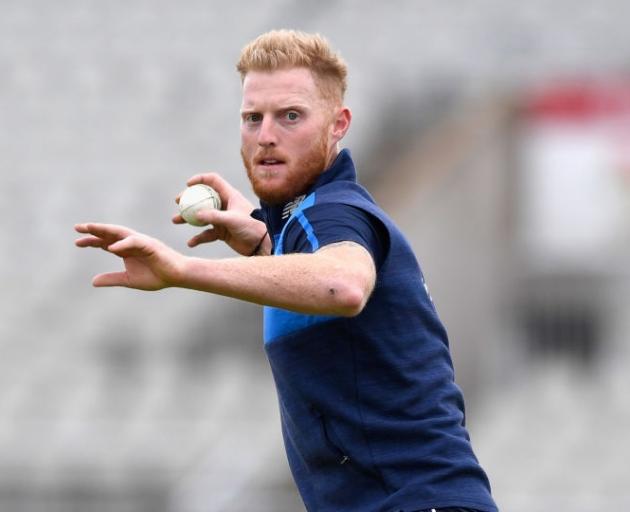 Ben Stokes. Photo: Getty Images
If you have just got over the disappointment of the controversial loss to England in the World Cup final last year then you might want to skip the first chapter in Glenn Turner’s new book.

The first chapter addresses New Zealand’s agonising loss — you know the one, when the little known boundary countback law handed England victory despite the game still being level following a tense 100 overs and the super over decider.

Turner felt a shared title would have been a ‘‘dream result’’ but mounts an interesting argument that Canterbury-born England all-rounder Ben Stokes should have been given out for obstructing the field when a throw from the outfield was deflected to the boundary during the final over.

He felt Stokes deliberately ran a line which gave him the best chance of getting in the way of the throw.

‘‘There is no question in my mind about it ... and everyone does it as an automatic,’’ Turner told the Otago Daily Times.

‘‘Over the years it has never come to a point where it has perhaps cost a country a World Cup.

He explained further in the book.

‘‘For as long as I can remember, it became standard practice for batsmen to run a line [when under pressure to make their ground] to block the throw by putting themselves between the thrower and the stumps.

‘‘It had become viewed as just the smart thing to do. Once normalised, the illegality of it tends to be portrayed as being accidental and is therefore overlooked.

‘‘The reality is that when batsmen think the danger of being run out is very unlikely, they make every effort to move away from the line of the ball to prevent being hit.’’

Turner felt with replays available, umpires ‘‘should automatically go upstairs’’ to check those types of plays,’’ he said.

‘‘Umpires are probably loath to go there because it can become quite controversial.

‘‘But believe me that is precisely what [Stokes] has done even though he was apologetic about the fact it has gone for four. The fact of the matter is that is what happened in my strong view.’’