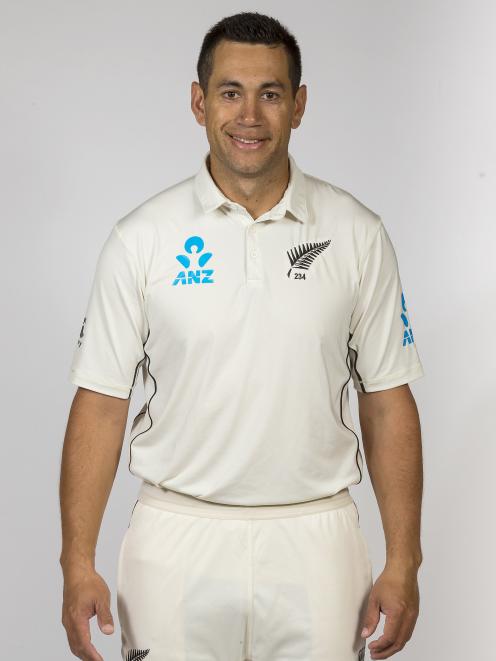 Ross Taylor. PHOTO: GETTY IMAGES
Black Caps veteran Ross Taylor has offered some clarity about his future in the side.

The 36-year-old has signalled his intention to play in a fifth one-day World Cup.

He has been fending off retirement questions for a few years now but yesterday told media he planned to be around in 2023 for the World Cup in India.

"Twenty-twenty-three was going to be a stretch, I think,
at the best of times, when it
was February and March," Taylor said.

"And now the World Cup has been dragged out to October and November ’23, it’s another six or seven months to hang around.

"I might have to trim things back leading into that — as I said, I’m not getting any younger.

"It doesn’t mean I will make it. But it’s definitely one of my goals."

Taylor is closing in on Daniel Vettori’s record as the most capped New Zealander over all three formats.

Vettori made 437 appearances for his country — Taylor trails by five games but should overhaul Vettori this summer.

"I suppose I’ve still got to get there," Taylor said.

"My mentor, Martin Crowe, always used to say, ‘Records are meant to be broken and are there for the next guy to come and beat’.

"Whatever games I end up on then hopefully Kane [Williamson] and whoever comes through can beat that and keep setting the bar high."

As for life after cricket, Taylor said he had given it some thought during the break for Covid-19.

"I don’t think sitting on the couch being a critic is going to be enough," he said, before adding how fortunate he was to be able to continue playing the game he loves.

The Black Caps host the West Indies at Eden Park in the first of three twenty internationals on Friday night.

Taylor bats in the middle order these days.

"It is a tough game when you bat in the middle order but I’m pretty clear on my role.

"If given the opportunity I’d like to bat up the order but I’m pretty happy with where I’m at and hopefully can continue where I left off last year."

Prolific Wellington left-hander Devon Conway, who shapes as the heir apparent when Taylor does vacate his test spot, is poised to make his international debut in Friday’s T20.

Conway has been the form player in domestic cricket for a few seasons and Taylor is sure it will be a start of a great career.

The West Indies is the T20 world champion and brings plenty of excitement and X-factor.

Left-handers Shimron Hetmyer and Nicholas Pooran and the likes of the captain, Kieron Pollard, should ensure the game is a good watch.